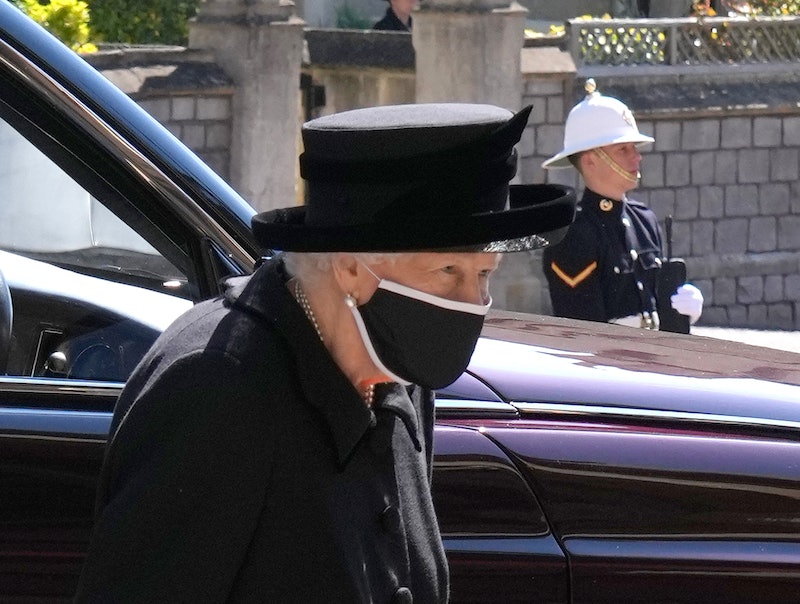 Queen Elizabeth said farewell to her late husband the Duke of Edinburg on Saturday wearing a special, sartorial tribute to him. She attended the ceremony at St. George's Chapel at Windsor Castle in a traditional all-black outfit and a matching hat. And Queen Elizabeth’s brooch for Prince Philip’s funeral was a meaningful choice.

Her diamond Richmond brooch is among the largest in her collection, and a gift from her grandmother Queen Mary. It features an interchangeable pearl drop detail, which Queen Elizabeth decided to forgo at the ceremony.

She’s worn it on several occasions in the past, including military remembrance events like the 2018 Festival of Remembrance at Royal Albert Hall. In that way, it’s a jewel she reaches for to honor people who have lived a life of service, much like her late husband.

It also has a romantic meaning behind it. Queen Mary was given the brooch as a wedding present in 1893, so it serves as a tribute to their love story. The brooch might also remind Queen Elizabeth of her own marriage as she’s worn it many times with Prince Philip by her side.

Queen Elizabeth is known for making statements with her brooches, especially as it relates to the Duke of Edinburg. In the past, she’s worn the the “Scarab” brooch, which was a gift from Philip, to pay homage to their union on their wedding anniversary. She also repeats the chrysanthemum brooch often, first worn during their honeymoon, to honor her husband.

Prince Philip, the longest-serving royal consort in British history, passed away on Friday April 9 at age 99. He and Queen Elizabeth were married for 73 years.