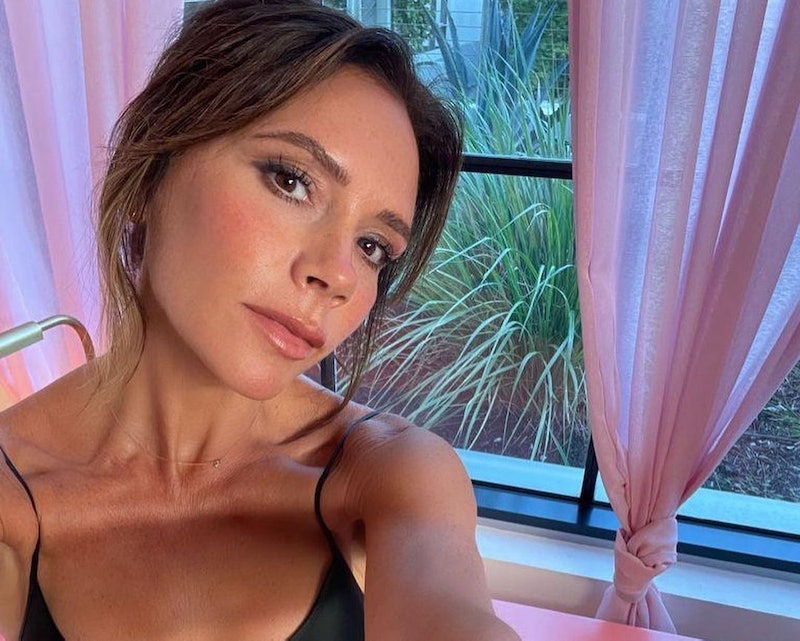 On April 9, every eye on the internet was glued to Nicola Peltz as she said “I do” to new husband, Brooklyn Beckham. But before Peltz made her grand entrance, all those eyes were on her famously-stylish mother-in-law, Victoria Beckham — and she did not disappoint.

The former Spice Girl walked down the aisle on the arm of her husband David, draped in a silver-gray slip dress. Beckham’s trailing, satin gown was trimmed in metallic lace (her own design, of course), but her massive diamond necklace was where the real sparkle happened.

According to British Vogue, the giant, pear-shaped stone weighs a whopping 21.5 carats (perhaps the only thing that could dwarf her 17-carat engagement ring). The private meaning behind the necklace, however, is truly priceless. British Vogue revealed that David gave it to her 23 years ago, in celebration of Brooklyn’s christening — making it the perfect choice for the MOG.

Once collet-set, Beckham had the stone re-set with prongs and suspended it from a handmade, 18K yellow gold chain. The diamond itself hangs from a pendant that was made in 1870 and is inlaid with a wild bee motif — a symbol of protection and good luck. Have you ever heard of something sweeter?

Though the crystal-clear stone is a stunner all on its own, the origin makes it all the more special. My only question is: what did David gift her for the christening of her other three children? I can’t wait to see…