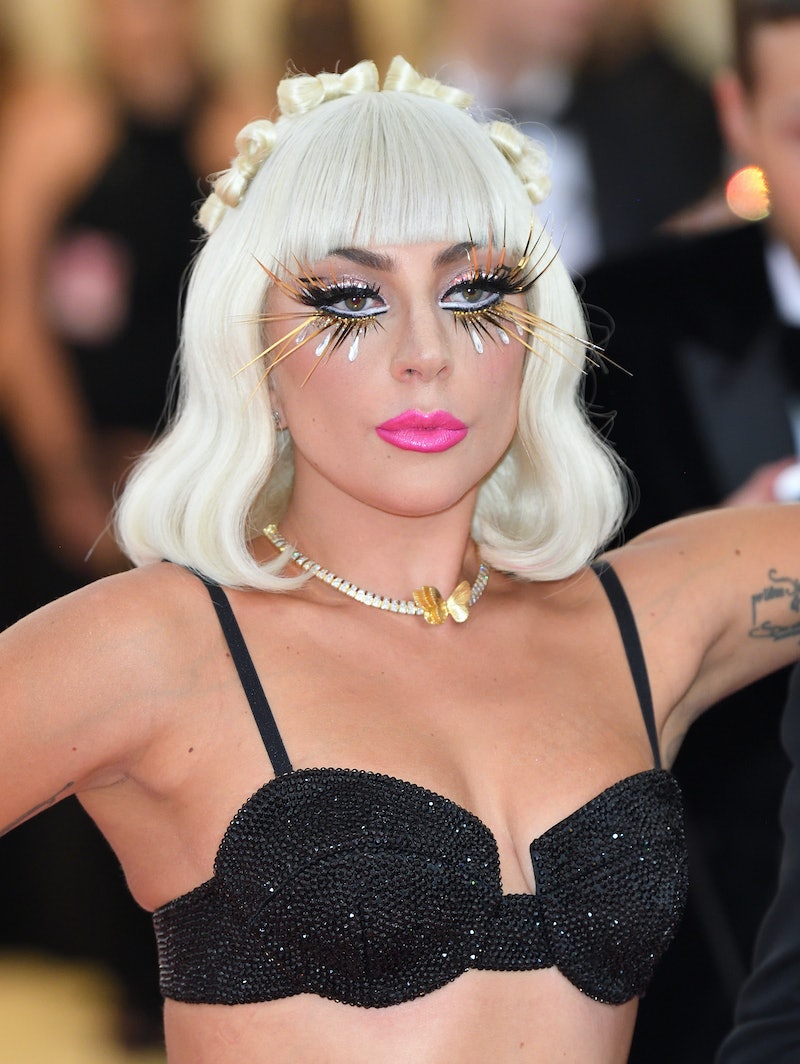 When you think of false eyelashes, what sort of look comes to mind? Is it the modern baddie aesthetic so loved by sultry celebs and influencers alike? Is it the recently-resurged Pamela Anderson-inspired ’90s bombshell look? Maybe it goes back even further – ’50s-era fluttery-lashed icons like Sophia Loren, or even flappers in the (original) Roaring ’20s. As is the case with most beauty inventions, the history of false eyelashes – including why fake eyelashes were invented at all – is a legitimately wild tale with experimentation, pseudoscience, and application methods bizarre enough to give even the most steel-stomached beauty lovers goosebumps. The road to our modern-day falsies might have been a chaotic one, but learning about it will make you all the more grateful for the rows and rows of user-friendly lashes lining the shelves of every drugstore in America. Brace yourself – it’s time to venture through the history of fake eyelashes.

While eyelashes do serve some biological function by acting as an early warning system if debris, dust, or other foreign agents get too close to the all-important eyeball, their cultural significance is purely aesthetic. While not inherently feminine (everyone knows people of all genders with long, sweeping lashes), they’ve come to be considered a feminine trait – though it’s not exactly clear why. Some experts theorize it has to do with the link between youthfulness and what society considers feminine beauty standards while others speculate long, dark lashes enhance the whites of your eyes to become something of a health indicator.

However, the most accepted idea these days is that long lashes simply make eyes look larger – and in most cultures, large eyes are among the most significant factors in overall “feminine” beauty. Therefore, it makes sense that recorded fake eyelash use dates all the way back to the Roman Empire. Eyelash enhancements like rudimentary mascaras and even curling tools have a long history in Ancient and Ptolemaic Egypt, too, but it was a Roman philosopher (the first influencers, really) who perpetuated the idea that eyelashes fall out with age and sexual promiscuity – suddenly, it became very important to Romans to have the longest, lushest lashes possible through botanicals, kohl, and even minerals.

Lash trends would come and go over the years (in Medieval times, it was trendy to pluck them all out along with your eyebrows to show off your forehead, which was considered the sexiest body part long before BBLs), most notably with reports of real lash extension application surfacing in late 19th century Paris – though their version requires needles implanting the faux hairs directly into the skin. Shudder.

Though that heinous needlework was happening as of 1899, it wouldn’t be long before a different interpretation of falsies appeared – and they much more closely resemble modern fake eyelashes. The first patent on false eyelashes was issued in 1911 to a Canadian woman, but five years later, it was an American movie director named D.W. Griffith who was after a more dramatic, exotic eye look for his leading lady. Though the false eyelashes fashioned by the production’s wigmaker were effective, made from human hair and spirit gum, they were irritating and harsh. (Can’t imagine why...)

The strip-style version continued to improve in design, both functional and aesthetic, and by the 1930s, you could page through Vogue and see ads for all sorts of falsies, MIC reports. Perhaps the biggest shift came from shifting the production materials to plastic in the ’50s. The synthetic fibers, not at all dissimilar to today’s most popular styles, were easy to replicate and mass produce – which in turn made falsie use more regular and widespread. These days, you can pick up false eyelashes made from plastics and other synthetic materials, as well as real hairs from animals like mink. They’re considered essential for full-scale glam for everyone from celebrities to teenagers on prom night.

“The primary purpose of falsies is to embellish the eyes with a sexier, fuller look. It's a makeup artist's shortcut to elevate the eyes within seconds,” says Marcia Williams, celebrity makeup artist and founder of Embellish Beauty. And unlike the creepy human-hair-and-needles falsies of yesteryear, there’s a type of fake lash for every eye. “Traditional lash adhesive can be irritating to some eyes, so it's a great idea to invest in the formaldehyde and latex-free formula if you have sensitivities,” Williams says. “The latest trend is full mink lashes which give a more dramatic look. However, the magnetic lashes have been my all-time favorite trend of them all.”

Mink lashes can refer to either extremely soft hairs that resemble actual mink hair, or the real deal. (Though controversial to some, the practice involves brushing captive minks to collect the dislodged hair.) High-tech-sounding magnetic falsies work through magnetics built into two-piece lash strips or the lash strip and its adhesive. Williams points to magnetic lashes’ long-lasting nature as a key feature – Embellish Beauty’s magnetic lashes, for example, yield 40 different wears. But really, even if all modern falsie were single-use, the thought of those terrifying lashes of yore would make anyone grateful for our modern era.

More like this
9 Bold Makeup Looks To Top With Brightly-Colored Mascara
By Olivia Rose Rushing
15 Vegan Makeup Brands To Shop For Cruelty-Free Glam
By Audrey Noble
How To Fix (& Prevent) Cakey Makeup, According To A Makeup Artist
By Olivia Rose Rushing
23 Romantic Makeup Ideas For Valentine's Day 2023
By Olivia Rose Rushing
Get Even More From Bustle — Sign Up For The Newsletter
From hair trends to relationship advice, our daily newsletter has everything you need to sound like a person who’s on TikTok, even if you aren’t.