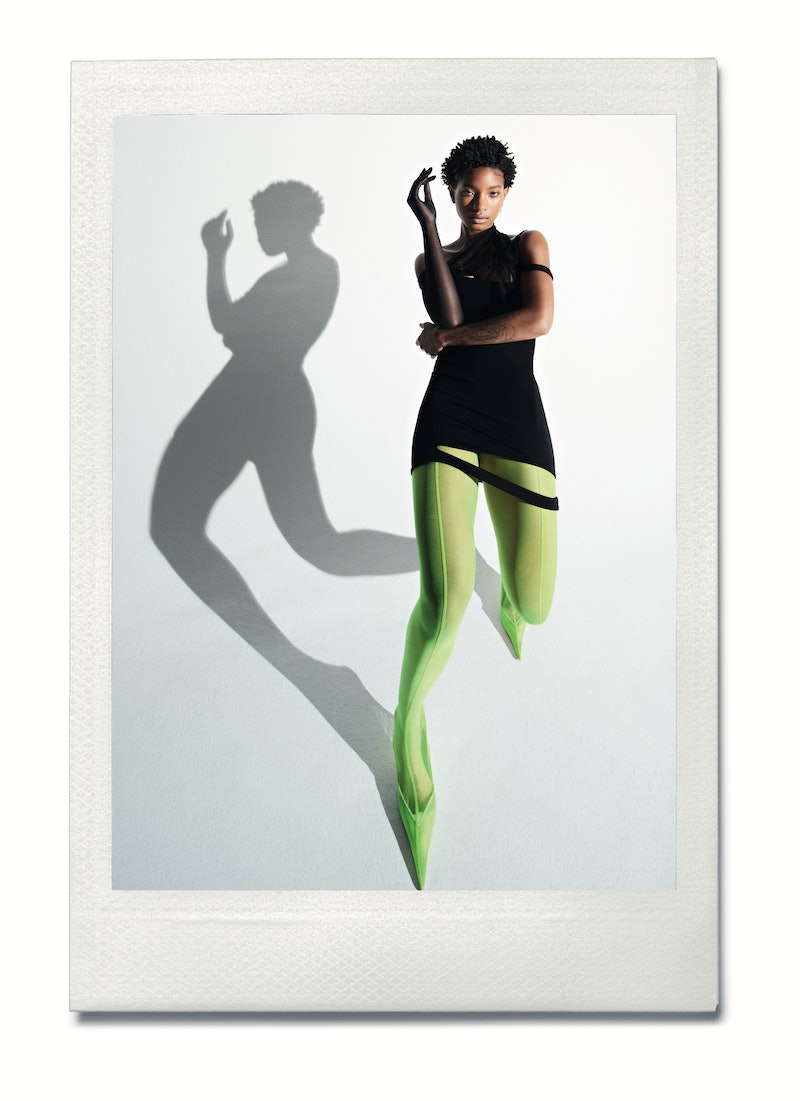 Willow Smith is pretty damn busy. At 20 years old, she’s a budding punk rock legend, has cemented herself as a dynamic fashion icon, and serves as the co-host of one of Facebook Watch’s most popular shows. Now, the star has another feat to add to her accomplishment roster: becoming the face of Mugler’s newest fragrance, Alien Goddess.

Though Smith may have been too young to wear Alien back in its early 2000s heyday, the “Transparent Soul” singer believes the perfume is a perfect match for her since she’s “been creating this cosmic, divine feminine, cocoon for [herself]” throughout her career. The scent’s new iteration (which launches Aug. 15) has notes of jasmine, grandiflorum, and Madagascar bourbon vanilla, all of which swirl together to create an unexpected but balanced fragrance — two descriptors that very well could describe Smith herself.

Though Smith says she’s always been a spiritual person, being in lockdown has made her realize the power of a wellness routine and how crucial it is to feel connected. “Every morning, before I look at my phone, I try to do at least 10 minutes of chanting or silent sitting meditation,” Smith explains in an exclusive statement announcing the ambassadorship. “And then after that, I like to read a sacred text, whether that be the Bhagavad Gita or any kind of self-help reading that's going to plant a positive thought in my mind for the rest of the day.”

Besides her healthy mornings, Smith reveals her surprising (and extremely simple) method of relaxing. “Usually, when I’m really going through it, I’ll put everything down and just lay starfish on the floor,” she says, noting that it often helps her calm down. She’s also taken up daily walks — especially during lockdown. “Recently, I’ve been trying to switch things up by taking little escapades,” says Smith. “I never used to go on walks, but now, I will drive to a place just to walk.”

Smith is particularly excited to work with Mugler on Alien Goddess because she’s a firm believer in the power of scent. “I definitely feel like [perfume] can help people feel more confident, which in turn can make people kinder,” she says. “[And that] can make somebody’s day or multiple peoples’ days. When you feel beautiful, confident, and good in your skin, you’re going to exude that all over everybody you see. And that’s always an amazing thing.”