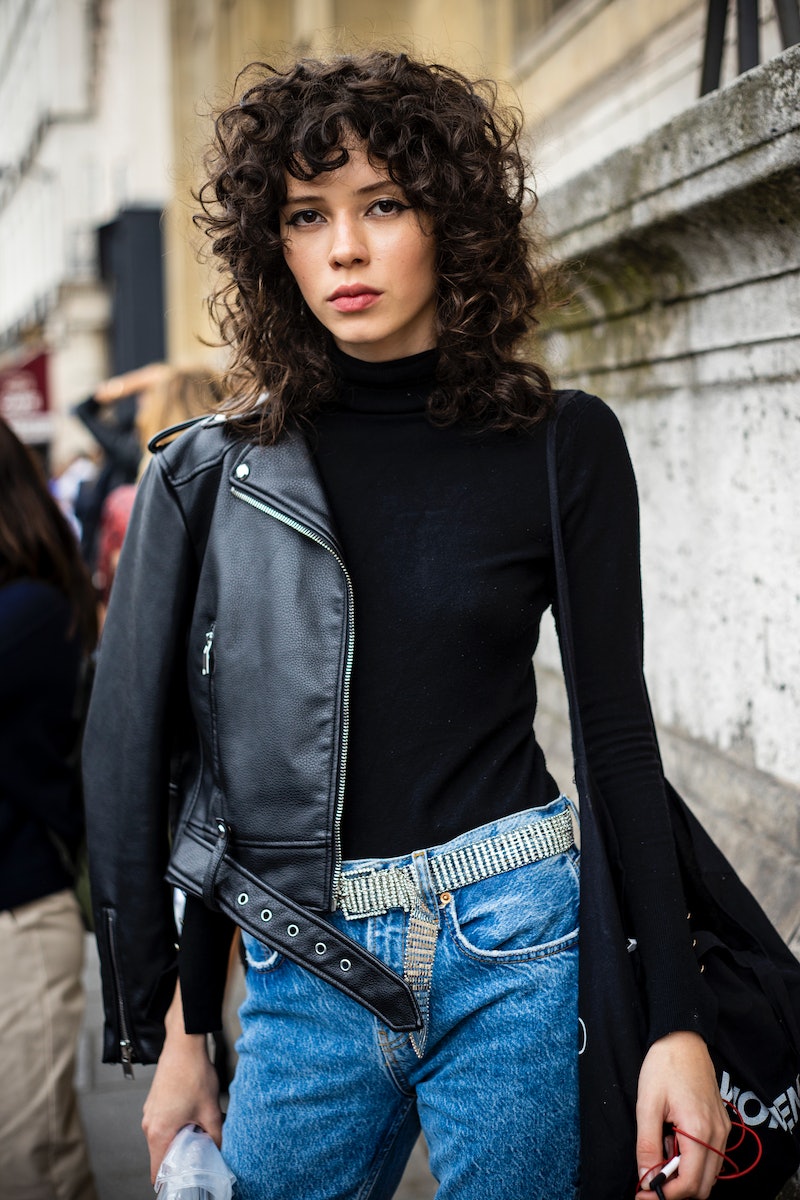 The two prevalent hairstyles of summer 2021 are the mullet and the shag. Think of the cuts as cousins — the former a more adventurous and bold option while the latter is more versatile and less severe with its layers. Recently, however, there’s been a rising interest in a look that’s a middle ground between the two: the wolf cut, a hair trend that’s all over TikTok right now.

If you browse the app, you’ll see that the hashtag #wolfcut currently has a staggering 519 million views — all videos of users sharing tips for styling the hairdo, chatting about how much they love it, and even giving themselves the chop at home (seriously). While it’s not exactly clear where the name came from, “wolf” likely points to the wild, untamed nature of the cut. And it's that laissez-faire, perfectly-undone vibe that experts believe makes it so popular.

“The wolf cut is trending for a reason – it’s an instant transformation if you want that cool-girl look,” says Anabel Santos, a stylist at Sally Hershberger Salon in New York City. According to celebrity hairstylist Sally Hershberger herself, it’s truly a combo of two other looks: “It’s the sexy, edgy mashup between the mullet and the shag,” she tells Bustle. “The base of the style is a mullet, but the cut is wilder, with lots of length, layers, and texture.” The good news? Both say that the look works on all hair types and textures.

Those on TikTok who DIY the wolf cut create the layers by pulling various sections of their hair into a ponytail and snipping straight across. While the end result miraculously looks chic, you could also head to the salon and leave it to the pros. If you’re going that route, Hershberger advises asking your stylist for choppy layers and a dramatic taper from root to tip.

Once you’ve made the chop, the cut itself is easy to maintain (much like the shag). If you want the signature roughed-up and slightly voluminous look all over TikTok, though, there is some day-to-day styling you’ll have to work through. “I would recommend a texturizing paste or spray to add volume and give [it] a piece-y yet soft feel,” says Hershberger.

If you’re more into a low maintenance, wash-and-go ‘do, Santos notes the wolf cut’s many layers also allow for tamer styling. A prime example to follow? Billie Eilish and her recent platinum hair transformation. For the more demure take on the shag, Santos recommends simply using a touch of texturizing product and leaving the rest of the volumizing to the strands themselves. Basically, the wolf shag is a versatile and flattering summer cut — no matter how you choose to style it.