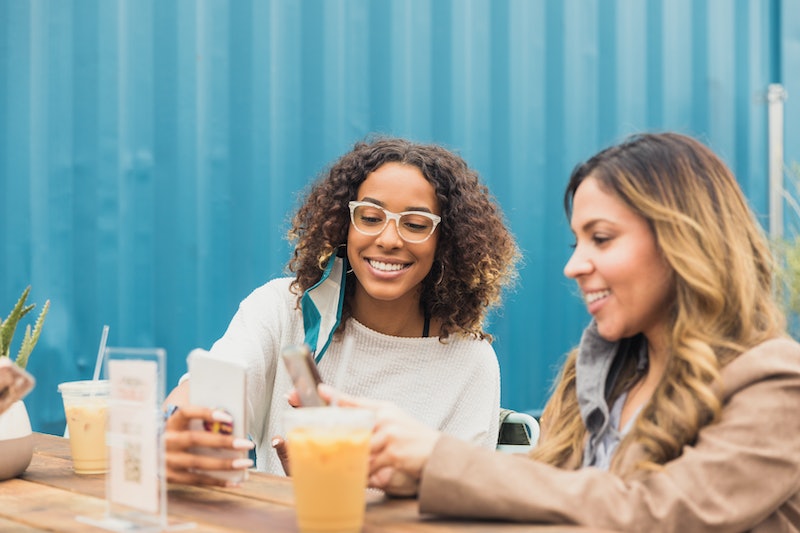 The unofficial start of summer isn’t actually Memorial Day — it’s when everyone officially switches over from hot coffee to iced. But even though summer’s supposed to be a time for carefree park hangs, the adjustment to iced coffee sometimes come with major jitters. (There’s a reason people have made nearly 50,000 TikToks with that “Drink iced coffee, panic attack” song.) Is the amount of caffeine in iced coffee to blame?

“Coffee drinks can sometimes have a pretty big range in the caffeine content found in them,” One Medical provider, Christine Beck, PA, tells Bustle. “The strength — i.e. caffeine content — of any coffee will depend on how you’ve brewed it, and how much of it you’ve got in the cup.”

How Is Iced Coffee Different From Hot Coffee?

If your iced coffee is brewed like hot coffee — it starts out hot and then is poured over ice — then it’ll have the same contents and taste of hot coffee. It’ll get a bit diluted when the ice melts, but otherwise, it’s the same drink. But if your iced coffee is cold brew, it’s made a different way. It’s steeped for hours, always cold, so it’s got less acidity and a gentler taste than its hot-brewed-then-iced cousin. It’s also more concentrated, which means you will want to dilute it before you drink it (like an Americano).

Because it’s been brewed so quickly and under such extreme temperatures, hot coffee is more acidic than cold brew. This might not make your tummy too happy, in spite of the potentially higher caffeine content that your brain might want. On the other hand, hot coffee has more antioxidants than cold brew — those are the substances that help prevent cell damage, so they’re pretty important to get into your body when you can.

Does Iced Coffee Or Hot Coffee Have More Caffeine?

Depending on what kind of iced coffee you’re having, there may not really be a difference in caffeine levels. If it’s just hot coffee poured over ice, it’s still got the same components of hot coffee. Of course, there will be less in your cup to accommodate for the space that ice takes up — so overall, you may wind up with less caffeine in your 16 oz iced coffee than your 16 oz hot coffee. But that’s just because the ice dilutes it and means there’s less physical room, says Beck, not because there’s necessarily a chemical difference. She adds that the ice and water content also make iced coffee a slightly more hydrating drink than hot coffee. “If you add milk (or alt-milk) to your iced coffee, this increases the hydration factor even more because milk and alt-milk are both mostly water,” Beck adds.

But which one actually has the most caffeine? “Caffeine is soluble in water, and the hotter the water used to brew coffee, the more caffeine is extracted ― meaning you get more caffeine out of the beans and into your coffee,” says Beck. According to a 2020 study presented through the American Chemical Society, hot coffee may actually have slightly higher levels of caffeine than cold brew — but the differences aren’t too extreme.

In the ultimate question of what kind of coffee gives you a better buzz, the answer is... it depends. Order your coffee of choice when you need to brave your morning — you’ll get a caffeine boost either way.