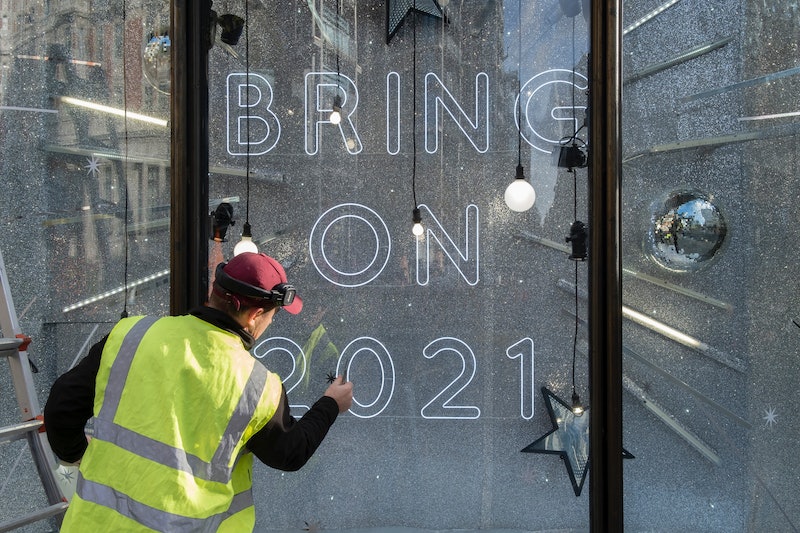 On Saturday, Oct. 31, Prime Minister Boris Johnson announced a second national lockdown in England, to help reduce the spread of coronavirus. The news followed previously introduced national lockdowns across other parts of the UK, including Wales and Northern Ireland. But, how long will the second UK lockdown last?

In England, a second national lockdown began on Thursday, Nov. 5 and is due to last until Wednesday, Dec. 2. The national restrictions arrived in place of Local Covid Alert Level measures (or 'tiers') — an approach England is set to return to in December.

On Nov. 23 Boris Johnson outlined what life will look like after the second national lockdown ends. He confirmed that the country would indeed return to a tiered system, which the Prime Minister says will be a uniform set of rules, rather than local authorities being able to negotiate their own measures. Within each tier there will be tougher restrictions than we've previously seen, however gyms and shops are set to reopen, and the closing-time curfew for pubs and restaurants will be eased.

Johnson adds the UK wants, needs and deserves "some kind of Christmas", although the government's rules on gatherings and travel over the festive period are yet to be confirmed. Health Secretary Matt Hancock told Radio 4's Today programme the government hoped to agree a "cautious, balanced approach" for Christmas "that can allow people to see their families, but also makes sure that we can keep the virus under control."

In Wales, a second national lockdown, referred to as the "circuit-breaker" or "firebreak" lockdown, came into effect on Friday, Oct. 23, and was implemented for just over two weeks until Monday, Nov. 9, the BBC reports. On Oct. 31, the Welsh Government confirmed there are currently no plans for the country to go back into lockdown this year, and Welsh Health Minister Vaughan Gething said he was confident the national set of rules imposed after Nov. 9 should see the country through to 2021. The government has said they’re starting to see the positive effect of the “firebreak” lockdown, although some schools in Wales have announced closures following an increase in cases.

In Scotland, First Minister Nicola Sturgeon met advisers in early October to discuss the possibility of introducing a two-week national lockdown to help slow the spread of coronavirus. On Nov. 2, a new five-tier system came into effect across the country, with the aim of introducing targeted restrictions to different regions of Scotland. As of Friday, Nov. 20, 11 areas of Scotland were placed under Level 4 — the country's toughest coronavirus restrictions — until Friday, Dec. 11. Scottish ministers have said they’ve been in discussions about restrictions as the festive period draws closer, and the mixing of households for a few days is under consideration.

As much of the UK faces continued lockdown restrictions, news of a potential coronavirus vaccine has been welcomed by many. On Nov. 9, a vaccine developed by U.S. pharmaceutical firms Pfizer and BioNTech was reported to offer 90% protection against COVID-19, and the UK has reportedly already ordered 40 million doses — which would be enough to vaccinate up to 20 million people.

As per the BBC, the UK has also secured five million doses of the recently announced Moderna vaccine, which, in early data, has shown to offer 95% protection against coronavirus. If found to be safe, Matt Hancock has said the vaccine could be available in the UK in spring 2021.

The Oxford vaccine is also showing positive results. Researchers have announced that interim data has suggested it could be 70% effective, but if doses were tweaked that could rise to 90%. The government has ordered 100 million doses of the Oxford vaccine, and AstraZeneca have said they’ll make three billion doses next year.

Although potential COVID-19 vaccines have been hailed as a positive step in the right direction, Boris Johnson warned people should not "rely on this news as a solution" as it is still "very, very early days", and confirmed a vaccine would not be widely released in the UK until it received approval from the UK government's Medicines and Healthcare products Regulatory Agency.

Elsewhere, the possibility of a third UK lockdown has not been ruled out. Speaking back in September, SAGE member Professor Mark Woolhouse shared his belief that a third wave of the virus was "entirely possible". However, Woolhoose also discussed alternatives to national lockdowns during a potential third wave, including mass testing — the likes of which recently came into effect in Liverpool.

More like this
The Queen’s Cause Of Death May Not Be Formally Announced
By Shahed Ezaydi and Catharina Cheung
Will Archie & Lilibet Attend The Queen's Funeral?
By Sam Ramsden
Chris Kaba's Family Continue Fight For Justice After Viewing Police Bodycam Footage
By Sophie McEvoy
Here's How Cardio & HIIT Affect Your Body Differently
By Carolyn Steber
Get The Very Best Of Bustle/UK