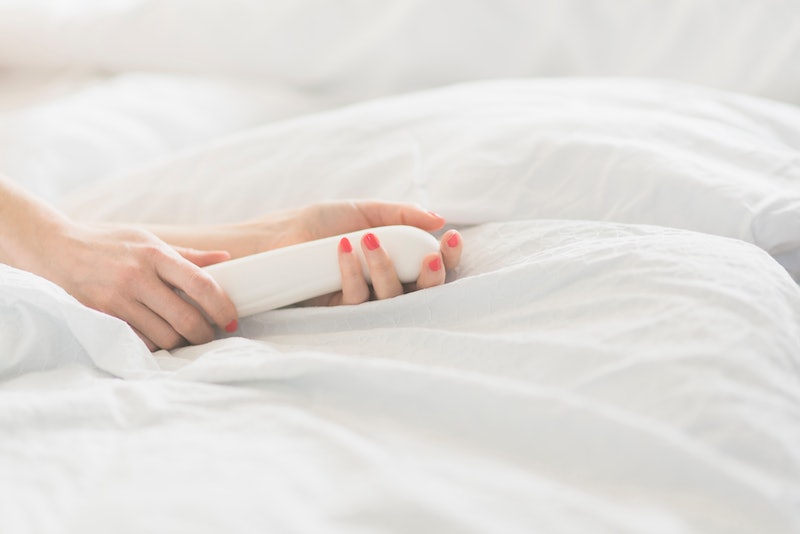 Get Turned On First

Lube can make the experience much more pleasant because it helps the toy glide against your skin without catching or tugging. And if you’re penetrating yourself with the toy, you’ll definitely want to use lube.

Some people like the in and out motion of penetration. If your toy is designed for G-spot stimulation, you can try using the head of the toy to rub against the wall of your vagina. Your G-spot is located on the side of your vagina that’s underneath your abdomen. It can feel good to put pressure there because you're indirectly stimulating the internal fibers of the clitoris. (Yes, there’s more to the clitoris than meets the eye!)

Experiment With The Settings

Once you’ve gotten a handle on the basics, feel free to start experimenting with different settings. Crank up the intensity level and see what setting you respond to best. Play around with the different patterns and see if you have a favorite. Keep having fun, and you'll be a pro in no time.

More like this
How Do I Deal With Both ED & Premature Ejaculation?
By Sophia Benoit
Are Quality Time & Physical Touch Love Languages Compatible?
By Lexi Inks
Is It A Rebound Relationship Or The Real Thing?
By Carolyn Steber and Lexi Inks
Cookie Jarring Is The Dating Term You Need To Know
By Sophie McEvoy
Get Even More From Bustle — Sign Up For The Newsletter

This article was originally published on April 24, 2017