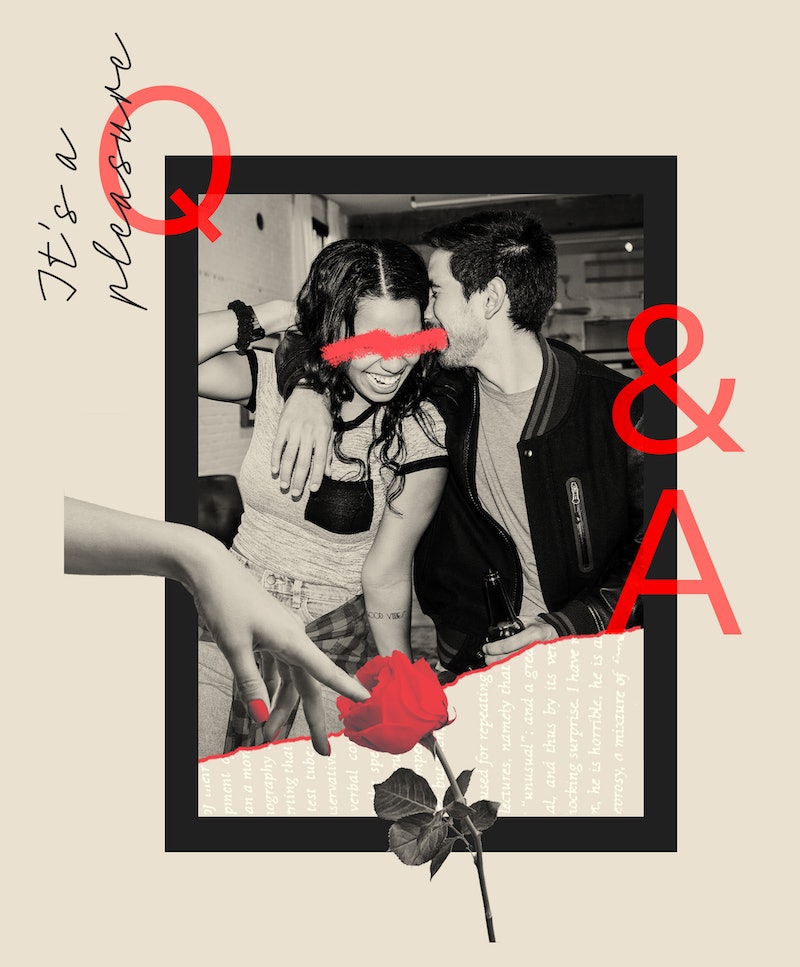 Q: To put it simply, I’m in love with my best friend. Our chemistry is undeniable, we finish each other's sentences, we both want the same things in life. Dating is hard because other guys hate that I have a male best friend, and opportunities to date don’t come too easily for me. An extra layer is that we’ve slept together countless times, both in the early days and more recently. Whilst there’s things about him I can’t stand, I want him more than anything or anyone. But here’s the catch: He doesn’t seem to feel the same way. He continuously dates gorgeous women (you know the kind), looking for The One, and I spend too much of my time agonizing over why I’m not enough for him. It’s served a massive blow to my confidence and now he’s with someone new, my heart feels like it’s been ripped out of my chest. Is there any way I can get over him but maintain the friendship? I can’t even begin to imagine life without my very best friend.

A: The question I think you need to ask yourself is this: What parts of your friendship with this person are platonic? (In other words, non-sexual.) Because yes, friendship often includes attraction, but it seems like for both of you, a great deal of your friendship recently has traded in flirtation or sex. What do you like about this guy that isn’t flirty? That isn’t sexy? What do you like to do together that doesn’t lead to naked fun times? What intimacy do you two share as best friends that isn’t about attraction? Really, really ask yourself these questions and be honest with yourself, even if it’s hard or harsh. It’s OK if you come back with, “Turns out, a lot of our friendship was just flirting.” That doesn’t mean you aren’t really friends — actually, I think a whole lot of friendship includes shades of romance.

But it does mean that your friendship with this person, if you want it to survive, is going to have to change. And it’s going to be difficult! Partially because you two did clearly feel flirtatiously and sexually for one another in the past, and you still have those feelings for him today. Your job right now is rebuilding a friendship on other stuff. It’s going to be hard for both of you to adjust and it’s very likely going to feel uncomfortable for his new partner. You and he are essentially asking her to take a supporting role in a community theater production called We’ve Had Sex Before But We’re Totally Over It, We Swear. As you interact with her, please bear in mind that it’s uncomfortable to be around someone who used to have sex with your partner and who would still like to. So, all of you are going to have to put in begrudging effort with one another.

I strongly suggest that you give yourself a little break. Let yourself be mad, sad, bitter, and absolutely heartbroken that you two aren’t together. Journal your ass off. Write about how he’s a bozo and how you’ll never get over this. Be your most dramatic self. I mean seriously, write down the most hyperbolic take on this you can imagine. Wallow, take long meandering walks, buy a seasonal cocktail on a rooftop bar alone, post a moody Instagram, buy oxblood faux leather pants, think about adopting an iguana (don’t though! Pets are a commitment). Be indulgent in your sadness for a day or two or three.

Once you get past the full-tilt grief part of this, ask yourself some questions and make some plans. How are you going to channel sexy feelings into something that isn’t about him? Read a hot book, buy a new vibrator, take a pole-dancing class, buy pants with risqué cut-outs, flirt with someone else? How are you going to cope when you don’t feel like putting on a happy face around him? Figure out a kind and acceptable “I need to get out of here” excuse? What parts of this are going to feel hard? What are the new boundaries you need?

The sadness won’t be done or gone. It will come back and it will still suck. And you’re allowed to feel it whenever it arrives. But you’re also allowed to say, “I’ll catch up with you later, Heartbreak. Right now, I’m at dinner with Best Friend and his New Girlfriend and it’s sad but we are having a nice talk about Dyson Airwraps and I don’t have time for you.” Because the next step after your little heartbreakmoon is to come back to the new version of the friendship and see what it can be without acting on attraction.

At first, you will think this new version of friendship doesn’t hold a candle to what you were. You might rather have nothing than this false approximation of what you once had. You can feel that, but I urge you to go through the motions a bit, if you really want to keep this person in your life. I urge you to show up and have as genuine curiosity as you can about his new partner. I urge you to pour all the love you have for him into the friendship in new ways.

I want to prepare you that even with you doing everything “right” and putting your attraction towards him to the side, this friendship might not work right now. Not because you two aren’t best friends. Not because you aren’t enough for him as a friend or as a person. Not because you messed it up or made things weird. But because people act like total dipsh*ts when they’re newly dating and they often act like double dipsh*ts towards their friends that they used to have sex with.

You can’t make him put in effort. You can’t make him prioritize friendship in ways that work perfectly for you and his current partner. My guess is that everyone is going to fumble around a little and mess up a lot and try hard and still disappoint and hurt one another. Because that’s pretty much how it always goes. But then, eventually, it could get better. It could take a while, but eventually, life can move and the friendship can flourish without all this longing and bitterness.

Your tasks are feeling your feelings, shaping this new friendship (if you’d like to), and, above all else, patience. Keep building your life and your friendships and attractions with other people. Not as a backup, not as a form of pettiness, not as a last resort. But because you get to have a full life, too. And you will. I promise you this is not the only nor last person you’ll love.