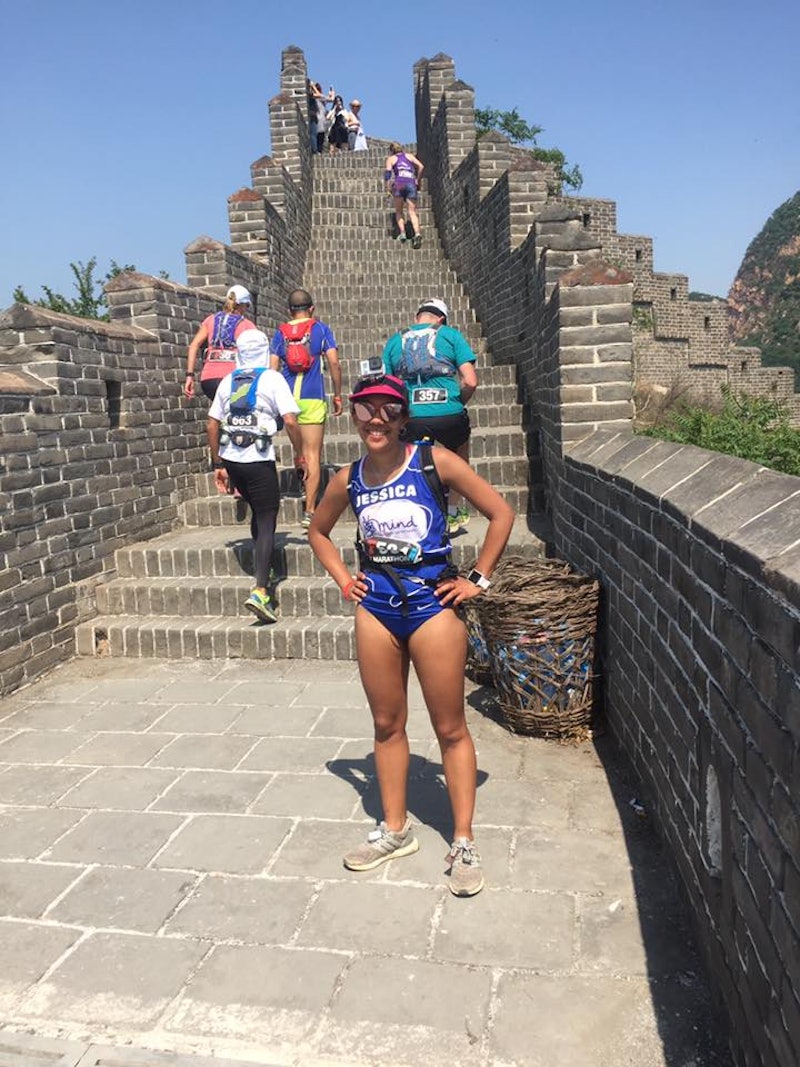 There’s something quite liberating about being single. You can focus on your goals, travel to wherever you want to, have no ties to hold you back. But, for some women, being single can only make one wonder: Will I be alone forever? Shows like Sex And The City (and its reboot since) have honed in on the plight of The Single Woman for decades, so it’s no surprise why there is a hanging pressure on women to settle down before a certain age and secure the happily ever after we all see in Disney films. But the reality tells a different story.

That’s why we need to break the stigma and stereotypes. And Unattached: Essays On Singlehood (published Feb. 3) does exactly that. The collection of essays gathers 30 women who explore the joys, pitfalls, and the rewarding journey of self-discovery that comes with singlehood.

Curated by Angelica Malin, the editor-in-chief of About Time Magazine, an award-winning entrepreneur and bestselling author of She Made It: The Toolkit for Female Founders in the Digital Age, the book, rather than demonising women for being alone, celebrates shedding the weight of traditional labels and reclaiming the power of female solitude.

When Malin found herself single for the first time in five years after a break-up, she had no other option but to tackle her newfound singlehood head on. During her journey, she worked hard to break free of societal norms, confronted her pain and immersed herself in a guilt-free world of self-care and growth.

The book, which is an ode to the single positivity movement, features essays from writer Chanté Joseph, Alonement author Francesca Specter, model Megan Barton-Hanson, Fattily Ever After author and body image campaigner Stephanie Yeboah, and award-winning journalist Poorna Bell, among many others.

Ahead, Bustle UK’s own Senior Editor, Jessica Morgan, recounts her journey of travelling half way across the world after a sudden break-up to find joy, friendship, and love.

Jake* was my longest and most serious relationship. We had been together for four years. Four long, wonderful years until, one day, he broke up with me in a Starbucks around the corner from my office in Bank. ‘I don’t love you any more,’ he told me over a Pumpkin Spice Latte. I was shocked, confused and started laughing because I thought it was a joke. It must have been. We had spent four years – four magical years – in love. At least in my head. Unfortunately, I was wrong. He really did mean it and, despite pleading with him in the middle of my favourite coffee shop, he never came round. I accepted it, finished my coffee and headed home.

A few days later he texted me. ‘We still have those tickets to Winterville on Saturday, shall we go?’ It seemed an odd request, as I had just been dumped. But I thought he had changed his mind and so I agreed, giddily. Except that he didn’t change his mind, and that day we awkwardly walked around what was supposed to be a romantic wintery festival among other couples who looked far happier than we did. We headed for the Backyard Cinema, where we had tickets to see Mary Poppins, a childhood favourite of both of us. We had pre-booked, with our entry tickets, a bottle of champagne and treats. When we were escorted to our seats – a giant beanbag with cushions and blankets – I thought this would be where Jake would make a U-turn on his cruel dumping and tell me how much of a mistake he had made. He didn’t, and every time I tried to reach his hand to hold, he pulled away.

When the film ended, we stood opposite each other in Victoria Park in silence. ‘So are we not getting back together,’ I asked sheepishly.

‘So what was the point in us coming here? Wasn’t this supposed to be romantic?’

‘Well, it was better than wasting the tickets,’ he responded coldly. I realised this was the end, but what a way to do it. I felt tears fall down my face and I got hot and flustered, embarrassed as people passed us by.

‘OK, well, I’m going home,’ I said and walked to Mile End station, a few yards from where we lived together for half our relationship. It was a bitter end, and one I didn’t get over for the next six months.

When I got home I cried on my kitchen floor and felt an emptiness I had never felt before. Was this heartbreak?

I went to text Jake, to say thank you for an enjoyable day – the message remained undelivered and unread. We never saw each other again.

I had to learn to be alone after my break-up, which was incredibly hard when you’re used to having someone around every day. Every day I woke up with anger at the sudden change in my lifestyle, my schedule and my social life, but it was a rude awakening. I realised that I had put so much of myself into this relationship that I had lost a part of myself: my independence and my mind. I fell into a deep depression – a part of me that had been lingering for some time and was left untreated. It was my secret, and one I hadn’t spoken about publicly before, but something inside me wanted to set myself free.

Before Jake and I broke up, I had run the Berlin marathon. A lot of our relationship was around running, and he was the one who got me into long-distance running. But one evening, as I sat in tears on my bed thinking about what I could do for myself, I googled ‘adventure marathons’ and searched frantically for somewhere, far away, that I could travel to alone. I had admired Elizabeth Gilbert’s Eat, Pray, Love and her journey to Italy and Bali to find herself, and I saw a lot of myself in her. I was desperate to get away, to immerse myself in a completely different culture where I could be out of my comfort zone, to recalibrate.

So in May 2016 I jetted off to China. I was about to run the Great Wall of China marathon. I travelled alone, having not learned any Mandarin (although I had bought a Lonely Planet guidebook, which had phrases, in the English and not the Chinese alphabet, that proved utterly useless), and landed in Beijing with not the faintest clue what I had got myself into. It was an adventure, a spontaneous adventure, that I had set myself on and I was nervous and excited in equal measure.

Once I landed, I was introduced to the runners who would be joining me along the way. Rasmus, a tall, blond man from Sweden, who looked very serious. He told me in his thick Scandinavian accent that he had run the Boston marathon the year before I did, and we bonded in the taxi on the way to our hotel – over our love of the many kisses we received from the Wellesley College students along the route, and the famous Boylston Street finish line – all while clinging on for dear life as our driver zigzagged his way through the unmarked streets of Beijing.

I didn’t know anyone else running the marathon, so I was forced to make new friends and socialise, something that I had lost during my depression, and I had developed social anxiety from having my relationship ripped from underneath me. I had to rebuild myself again to become Jessica before my relationship. And it was difficult, but I was determined. I met Robert, a well-built, middle-aged Black man from America, who wore a black tank top that read ‘Black Men Run Too’ and whose personality lit up every room he walked into.

Then Val, an outspoken South African woman, who had run more than fifty marathons and ultra-marathons. And Roel, a gay Filipino man who made me laugh every minute of the day. And Amy, my roommate, who kept me up all night, giggling as we traded skincare tips. My new friends, from all over the world, taught me something important. They had all travelled to China alone for a reason: Robert had just gone through a painful divorce, Val wanted a new challenge, Roel had lost both his parents, and Amy wanted to prove to herself that she could run a marathon. It made me feel seen.

One day we went to the Forbidden Palace. Our tour guide, Lily, carried with her a flag for us to look out for, so we didn’t get lost. In her broken English she said, ‘Don’t lose yourselves!’, which made me laugh, because I knew what she meant, but it had a far greater meaning. ‘Don’t lose yourself’ was poignant to me and has stayed with me ever since. While the whole purpose of me travelling to China was to run a marathon on the Great Wall, I was also there to find myself again.

Then, on 14 May 2016, I took this message with me along for the ride. As my legs ran ahead of me, taking each steep step in my stride, I took a deep breath once I reached the top. ‘I’m on one of the Seven Wonders of the World, I feel alive,’ I thought, and I burst into tears. After experiencing so much pain from my break-up, being on top of the Great Wall made me realise that if I could complete a marathon here, nothing else could step in my way.

When I got home from China I had a new lease of life and a fresh perspective on how I perceived myself as a single young woman living in London. I no longer felt the desperate need for one central relationship and I continued to work on myself. I joined running clubs, I made new friends and I challenged myself with new opportunities. They always say that if you can’t love yourself, you can’t afford to love anyone else, and it’s true. I was single for six years since Jake and I broke up, and I had never felt more confident by myself.

But, at the height of lockdown, I found love with a man who I am excited to share my life with. I have appreciated the time I have spent by myself, but I opened my heart to someone who supports and inspires me every single day to be better. As a young woman, there’s always pressure on us to find someone special, especially if you’re teetering towards your thirties. But if love hadn’t crept into my life the way it did, I still would have been happy. Single or in a relationship, I understand the true joy of being alone and enjoying alone-time, without panicking that there isn’t anyone by my side. I have appreciated the true value of solitude, alone-ment (as my dear friend Francesca Specter says), as well as the ability to choose who I want around me.

I have found joy, today, tomorrow and forever.

Unattached: Essays On Singlehood by Angelica Malin is published by Vintage and is available to buy now.