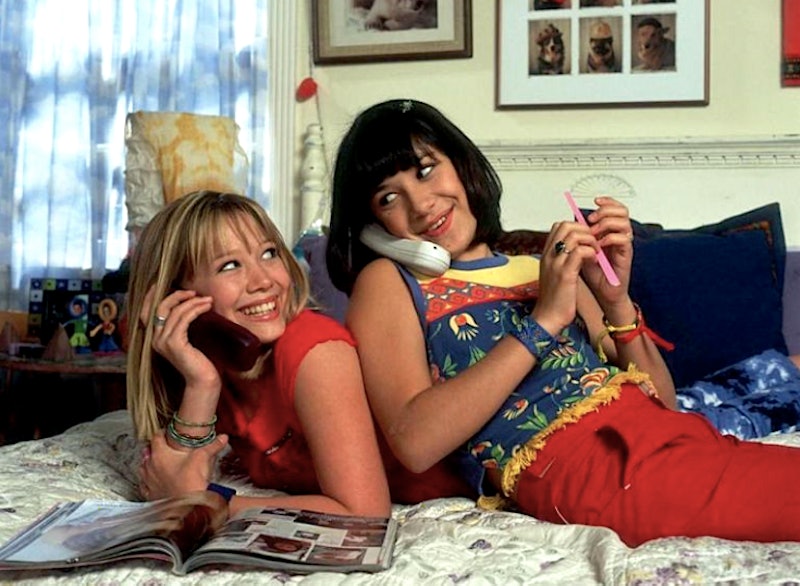 When I turned 13, getting my first cellphone felt like the ultimate act of rebellion. No longer tethered to a landline, I could lie to my parents about where I went after school and gab to my friends while I was forced to walk the dog. But those were simpler times, when phones flipped open and had actual buttons you could dial. Mobile phones served one purpose then: calling and texting. But now, in the era of way-too-smart phones and screen time, I want my landline back.

Yesterday, I Googled apps that will keep me from using other apps. I'm contemplating buying a walkman off of eBay. I long for the days where I could only go as far as my phone cord would take me; when staying connected to my loved ones was a privilege, not a lifestyle.

Like most pretentious people, I was late to get a smartphone. For 21 years, I lived in blissful ignorance, in a world where I never needed to worry about cracking my screen or leaving someone "on read." When it became clear that I'd need a device with WiFi capability, my "early 2000s forever" bubble burst. I bid goodbye to my trusty iPod Video and off-brand GPS navigator and said "hello" to Spotify and Google Maps. I condensed all my different apparatuses — my watch, my day planner, my Canon point-and-shoot — into one, shiny package: an iPhone.

Initially, I was surprised by my own reaction to my new toy. Suddenly, I had internet access wherever I went. I could listen to the Pussy Cat Dolls and text my crush in tandem. I could watch Netflix at the gym and video chat with my roommates while at the grocery store. Was I a newly minted Apple convert? Would I throw caution to the wind and purchase an iPad next?

But what first felt like freedom has started to feel like a full-time job. My phone has become more than a simple device used for conversation, but a constant reminder of the messages I need to respond to, the assignments I haven't finished, and how much money I (don't) have in my bank account. There's no hiding from news notifications or work emails or the number of steps I have taken in a single day. As long as my phone is on, so am I.

But people, myself included, need to take time off from being plugged into everyone and everything — especially during times of extreme stress, such as, say, a global pandemic. Otherwise, they're at risk of burning out faster than they're phone battery.

So, I'm harkening back to the golden days when communication was a choice, not an obligation. I want to listen to music on a jog without being able to check my DMs. To go for a drive without getting pinged with Slack notifications. I salivate at the idea of having a conversation with a friend, then saying, "That's my other line," before hanging up and giving all my attention to someone else.

I salivate at the idea of having a conversation with a friend, then saying, 'That's my other line,' before hanging up and giving all my attention to someone else.

I suppose I could go on airplane mode for an hour or two. But I'm not Bear Grylls, OK? I'm a young person who works in digital media. And, yeah, maybe I don't need to use my iPhone as much as I do, but I also don't need to burn it along with all my worldly possessions. This isn't Into the Wild. And, during an international health crisis, it's crucial that I remain accessible to my friends and family.

And so, once again, I argue in defense of the landline.

The landline is the solution to all my problems. It limits — but does not inhibit — human contact and stimulation. With a landline, you can be reachable in the event of a death or tragedy or an emergency in your best friend's love life. But its power isn't infinite. A landline has boundaries — real, physical boundaries. You don't have to subject yourself to the entire internet each time the phone rings. And calls, like all good things, must end.

I'm dreaming of a phone that's only a phone. One that lives in my kitchen, and is there for me if and when I need it. And after being stuck in my house for two months, with my smartphone pinging off the hook, I'm closer than ever to making those dreams come true.