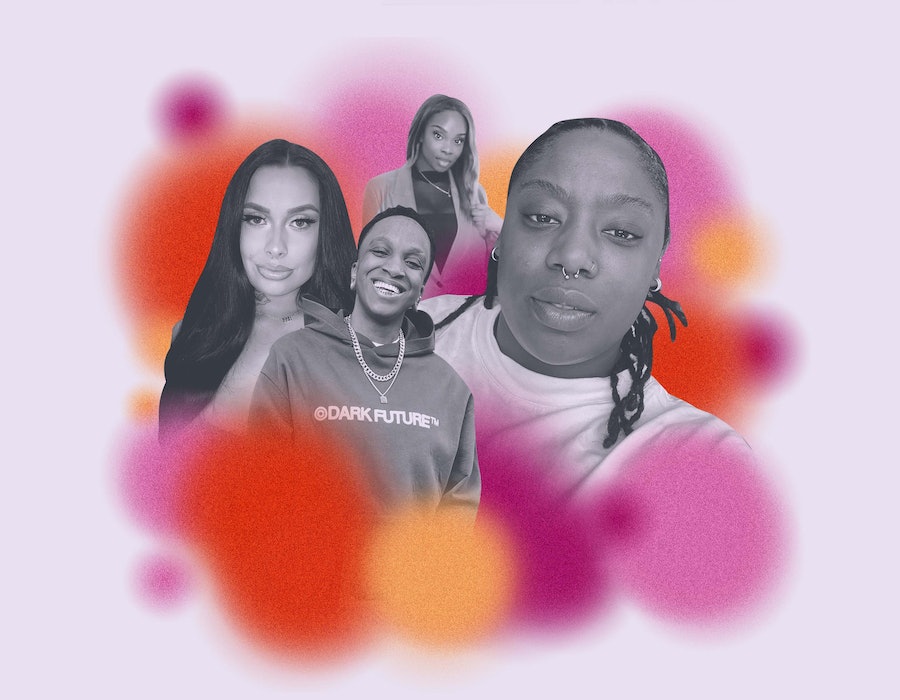 I have been a tomboy for as long as I can remember. From the age of three, I played football with my male neighbours and friends. At secondary school, I would bunk lessons with them. People would call me “gay” as a slur, and while I rejected the idea that I could be queer to them, my mind knew I was attracted to girls. Now, at 31, I think back to how anxious I felt back then a masculine-presenting lesbian. And to a certain extent, still do today.

Coming out as a member of the LGBTQ+ community is a journey. But when a queer person comes out to themselves is the most important part. It can be shaped by many things, such as what people think about you, as well as the harmful stereotypes that exist about lesbians. When I was 18 and at college, some girls I knew came out as bisexual, only to be met with accusations that they were just tired of boys, or had been “hurt” by men. The assumption and subtext always being that they would return to dating men before long.

Even though I had queer thoughts since childhood, I began to question whether this was because of the experience (or lack thereof) with male figures. People would assume – and even ask in instances – if I had been sexually abused by men, or hurt by men, and when I’d “go back” to dating men. As though my sexuality had an expiry date or that I was by default heterosexual. Every question I faced was male-centric, which is doubly bizarre as a lesbian.

According to LGBTQ+ charity Stonewall, only half of lesbian, gay, and bi people (46%) and trans people (47%) feel able to be open about their sexual orientation or gender identity.

Stereotypes about lesbians – and any member of LGBTQ+ communities – can have a severe impact on self-worth and identity. According to LGBTQ+ charity Stonewall, only half of lesbian, gay, and bi people (46%) and trans people (47%) feel able to be open about their sexual orientation or gender identity to everyone in their family. A third of lesbian, gay, and bi people of faith (32%), and one in four trans people of faith (25%), aren’t open with anyone in their religious community about their identity. A recent study by LGBT+ young people’s charity Just Like Us found that two thirds (68%) of lesbians have delayed coming out due to harmful stereotypes, such as gay women being “man hating” or “over sexualised”.

I grew up with straight, Christian friends who would use gay slurs to describe queer men and women. Their strict religious beliefs meant they disapproved of my sexuality. “You can’t be gay and religious,” says 29-year-old Hanna, an aviation agent from Amsterdam. “I was afraid of what people, and mostly my family, would think of me because I come from a very religious and strict upbringing. I was told that the word ‘gay’ was forbidden and led by the Devil, and people like us can’t be loving or worshipping God. Yet here I was praising the Lord!” While religion played a big role in why I delayed coming out for 13 years, it was also the media, and even other lesbians, who instilled fear in me. As a result, I put my coming out on ice, and remained closeted for years.

Abbie, a 24-year-old feminine presenting lesbian also delayed coming out because of harmful stereotypes. “I was fearful of coming out because of the oversexualisation of lesbians,” the Midlands-based singer-songwriter says. “I had seen it in films, on social media, and even at school. I didn’t want to be viewed as just ‘the girl that likes girls and it’s sexy’ or to be asked to kiss other girls for other people’s entertainment. What made me fearful to come out was that everyone would think I fancied or sexualised every girl I came into contact with,” she adds. “This definitely prolonged my coming out as I didn’t want my friends thinking I was looking at them sexually, making them feel uncomfortable, or even losing their friendship.”

I was told that the word ‘gay’ was forbidden and led by the Devil, and people like us can’t be loving or worshipping God. Yet here I was praising the Lord!

Masculine presenting lesbian and podcaster OG Courts, 29, has said she’s struggled with these stereotypes, too. “I was very aware that lesbians were looked at as these overly sexual,” she says. “Whenever people would ‘joke’ about homosexuality when I was younger, it was in the context of ‘if you were gay, you were automatically attracted to anyone of that sex.’ It was insinuating that people would now have to be wary of you for fear that you would innately come onto them.” This weariness and fear is something I am familiar with also, to the point where I sometimes feel the need to reassure someone that I am not making a move on them after giving them a compliment.

Over the years I have learnt that being a lesbian isn’t about fitting in a box and subscribing to the labels and living up to the stereotypes to prove I am a lesbian.

The word “butch” was another stereotype masculine presenting lesbians have to contend with. As a Black woman growing up in London, the “image” of butch (a white woman with a buzzcut and an awfully-fitted checkered shirt) was the closest I came to representation. It was almost as though the media was trying to portray butch lesbians as an “unpretty” type of woman. But, in the same breath, that representation was also telling me that if I identified that way, I was undesirable. For a while I thought I wasn’t gay, and I tried to be more feminine in appearance. I got my first weave aged 20, and I itched through the annoyance of having to go and get one fitted, and be what was deemed “beautiful”.

Two years later, I gave birth to my daughter and I wondered if it would be easier to continue dating men. But I couldn’t do it. I knew in my heart that I could never go back to dating men. This made me anxious, as I also feared that I wouldn’t be accepted in the lesbian community, especially by “Goldstar Lesbians” who have never been with men – yet another stereotype to contend with.

Now, I look back at all the stereotypes I’ve seen in my life and question if without them I’d be living as authentically as I am today. While it took me 13 years to come out and accept who I am, and it was a very difficult journey – mentally, physically, emotionally, and spiritually – I feel freer than ever before. Over the years I have learnt that being a lesbian isn’t about fitting in a box and subscribing to the labels and living up to the stereotypes to prove I am a lesbian. It’s about being unapologetic, honest, authentic with myself, and the women I choose to love. I am lesbian enough because I am a lesbian, and I am proud of that.