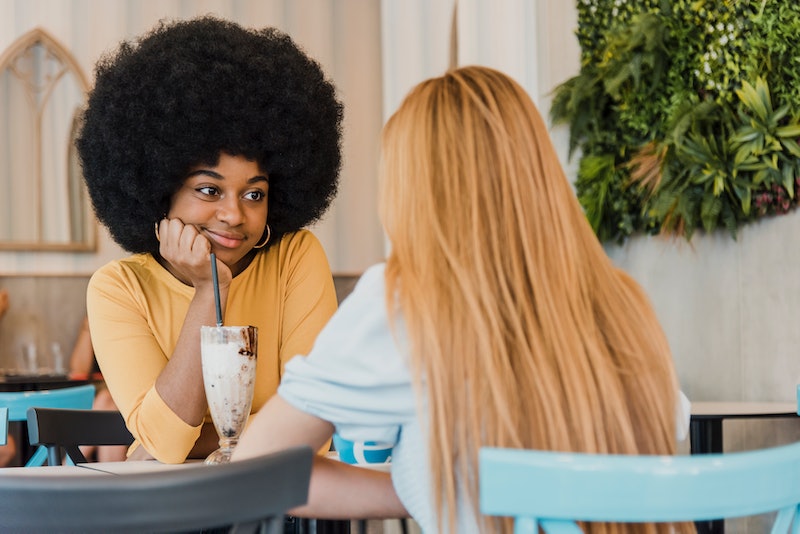 When you realize that your partner isn’t right you, there are two paths you can choose from: you can end it as soon as possible or you can stay together and stick it out. Although the former may be the clear and obvious choice, breaking up with someone is easier said than done.

According to a 2017 study, conducted by the University of Utah, published in the Social Psychology and Personality Science journal, there's a scientific basis for why breaking up with someone is so hard. Participants took a survey consisting of open-ended questions on specific reasons for why they would break up or stay together. Some were married, some were dating, and some were even in the middle of deciding whether or not they should break up with their partner.

According to Anita A. Chlipala, licensed marriage and family therapist, there’s not one factor that determines whether a couple stays together or splits. Often, it comes down to couples realizing they just don't know how to make a relationship work.

"When they can see where they're both accountable for the state of their relationship (versus having thought it was their partner's fault or thinking things would be better with someone else), then that can really make a difference," Chlipala says.

Nearly half of the participants in the 2017 study had good reasons to both stay and go. For the most part, people felt ambivalent about their relationships — even if the decision seemed pretty obvious. According to the lead author, psychology professor Samantha Joel, most people have standards and deal-breakers that go out the window when they meet someone. And, from an evolutionary perspective, our ancestors probably believed it was most important to find a partner than The One.

According to John Mayer, clinical psychologist at Doctor On Demand, one reason breakups are so hard is that we don't equate ending a relationship with real loss, which is a problem because a breakup technically is a major loss. In fact, a 2019 study published in the journal PLoS One found that a breakup could bring about depression-like symptoms in people in the same way sudden loss would.

"You are dealing with loss and you need to apply coping mechanisms to help you resolve this," he says. "There needs to be a resolution or closure to the ending just like when someone dies in your life. But, as opposed to a death, where you have no control over that closure of ‘being with the person,’ the loss of a relationship has many doors that can remain open which are traps toward giving a relationship a successful ending."

It's also difficult to end an unsatisfying relationship when you're not just thinking about your own needs. According to a 2018 study published in the Journal of Personality and Social Psychology, people are less likely to initiate a breakup when they believe their partner is dependent on them or would be completely devastated to lose them. In other words, they would sacrifice their own happiness for the sake of their partner — which also isn't the best reason to stay.

Should We Break Up Or Stay Together? 34 Questions To Ask Yourself If You're On The Fence

Regardless of the reasons why you're thinking of ending a relationship, making the decision to actually do it is difficult. According to Chlipala, Mayer, Pasko, Rosalind Sedacca, CLC, dating and relationship coach, Davida Rappaport, spiritual counselor and dating expert, and Stef Safran, matchmaker and dating expert, here are 34 questions you should ask yourself if you're having trouble deciding what to do:

How To Break Up With Someone

If you’ve taken the time to think and you’ve come to the conclusion that breaking up really is the right move for you, there are a few things you may want to keep in mind. For instance, be clear with yourself about the reason you’re breaking up with your partner before you approach them.

“You are going to need to be able to remind yourself what and why you are ending it in order to help you navigate difficult emotions — yours and your soon to be ex-partner's,” licensed marriage and family therapist, Emily Stone, PhD, tells Bustle. If you don’t have a solid list of reasons for why you’re ending the relationship, you may decide to not go through with it, or you may find yourself wanting to get back together.

When you have the conversation, don’t skirt around the issue or leave it up to interpretation. Use “definitive language,” Lisa Concepcion, relationship coach and founder of LoveQuest Coaching, tells Bustle.

“I always recommend that people use phrases such as, ‘I’ve been giving this a lot of thought and have reached a decision that we need to break up,” Concepcion says. “Provide a clear reason and repeat it. Oftentimes breakup conversations turn into a long dramatic conversation that lasts for hours. It doesn't not have to be this way.”

Experts also say to make it a clean break. According to Stone, you have to be willing to be the “bad guy” for a little while. “There is no way around it,” Stone says. “In order to do what you need to do, you are going to cause discomfort to someone you have cared about and that is going to cause discomfort for you.” Down the road, you’ll realize it was the best option for both of you.

You can even try coming up with “broken record statements” that can be used in the heat of the moment. According to Stone, these are short go-to statements that can be said over and over again when emotions are running high. For example, “I know this is hard,” “I hate hurting you,” or “I know this is the right thing for me.” These statements should be simple and clear. If effective, these will help keep you grounded.

If you want to remain friends, give it some time first. “Most people need some time in order to reorganize mentally and emotionally a connection to a person after the relationship was romantic and intimate,” Stone says. Creating some distance post-breakup will give both you and your ex some time to reorganize your thoughts and heal before moving forward. It will also give you both time to figure out if still being a part of each other’s life is what you really want.

At the end of the day, no one can decide what you should do about your relationship but you. "It'll always get a little bit worse before it gets better," Pasko, tells Bustle. "In relationships, we often face a mental wall when it seems like nothing will take us out from misery. But those who find the courage to look beyond the self-centered pain are the ones who learn from their relationships."