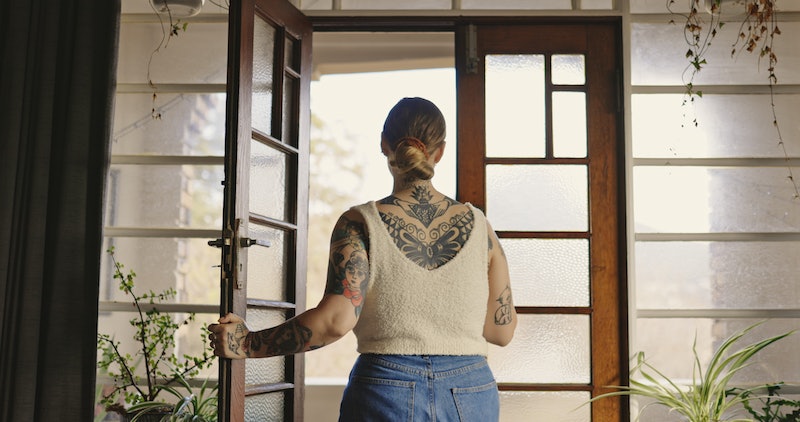 There’s a line in that famous T. S. Eliot poem about measuring your life in coffee spoons. And we all know the song from Rent about the minutes in a year. By definition, time is empirical. It’s determined in pre-set increments that unfortunately don’t change just because you couldn’t find a parking spot or needed to shower before work.

And yet, like Eliot and whoever wrote Rent will tell you, there’s a qualitative, even subjective nature to time. Beyond watches and calendars, time can be measured in cups of coffee. Or glasses of wine shared over cheese plates and olives. Time can be measured in off-camera eye-rolls during Zoom meetings that could have been emails or bouquets of grocery store flowers you keep in the jar on your dresser.

I find this poetic, borderline cheesy, notion of time particularly soothing when talking about relationships — specifically their end. Because like time, relationships can’t be defined or evaluated only by their longevity. Love is less about how much time you had with a person and more about what you did with that time.

There are many benchmarks for measuring the “success” of a relationship. Orgasms. Vacations. Presents. Deli sandwiches eaten en route to a concert. Songs played while driving together with windows down. How you felt and continue to feel. And ultimately, how you’ll file the relationship in the archives of your memory.

With this in mind, marriage or otherwise being “together forever” doesn’t have to be the golden standard of what we want with someone and beat ourselves up for losing. The “goal” of love can just be having a nice time. It can be letting yourself feel things you haven’t in a while, or have never before. It can be taking someone you care about to your favorite restaurant and sharing parts of yourself you didn’t realize someone else would ever care about — like the song you play on repeat when you’re feeling nervous, the raspberry doughnut you buy when you’re back in your old neighborhood, or the fleece sweatshirt you reach for every time you’re sick.

The goal of love can be learning about new bands and books. Meeting someone else’s group of friends who are fine — great even — but not as great as yours. It can be visiting a state you’d never see otherwise. Wearing matching outfits and being cringe-y on purpose. Trying something that scares you or that’s uncomfortable, but knowing when to say “no.” The aim can just be learning how to walk away when it’s over, to cherish what you had by leaving it where it lies.

Or you can love for the sake of love itself. Love — being in it, giving it, receiving it, feeling it — can be its own goal. For however long it lasts, in whatever quantity it comes.

“Moving in different directions doesn’t lessen the beauty of the time when you were in the same place.”

This perspective isn’t just to ease the pain from breakups as they happen; it’s to help make the best choices in the present. There is no prize for staying in a relationship longer than you really want to, just because you’re afraid to “fail” or don’t want to confront nosy relatives during the holidays.

Sometimes relationships have expiration dates. You know going in that they’re moving, or you’re eventually going to want kids, or they’re polyamorous and you’re not but you like each other enough that you’re willing to “try” for now. You know that you’re not going to be together forever, but you’ll enjoy whatever time you do have as much as you can.

Other times, breakups brew for a while before they really erupt. You keep throwing pasta at the wall, in the forms of new lingerie or setting “intentional time” together — hoping something will stick. Sometimes you really think you can fix it. Sometimes you know it’s going to end. And there are times when love putters out gradually with no final explosion. No yelling. No back and forth. No using “I” statements and renegotiating boundaries.

Regardless of how things come to a close, when the goal is “love for love” instead of love for always, a relationship’s end doesn’t spell failure. Breaking up doesn’t mean you wasted your time or theirs, and moving in different directions doesn’t lessen the beauty of the time when you were in the same place.