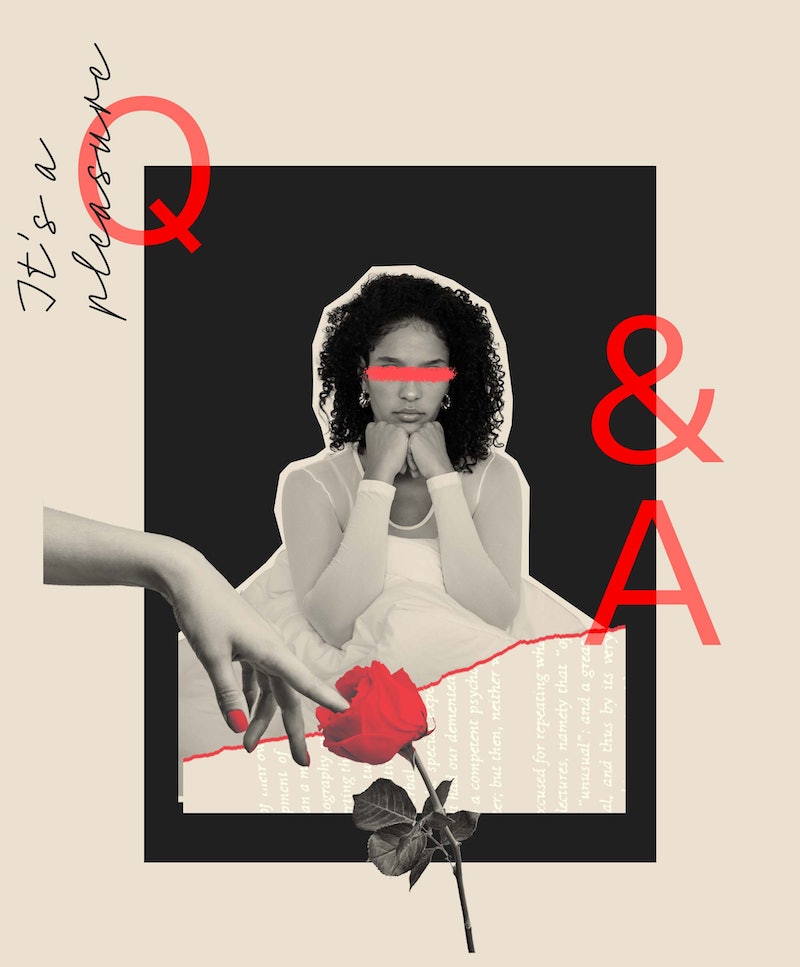 Q: My girlfriend is an incredibly kind person, to the extent that she can be a bit of a pushover. She's gotten better at communicating her needs and wants over the years, but it's still hard to gauge whether she's being totally open when we talk about sex. Our sex is good, but it feels like it’s plateaued and is also fairly vanilla. We're both hot enough for each other that we usually don't need much more than the occasional vibrator or finger in *ss to have a good time, but it's starting to feel "boring," like it's something we check off in order to get on with our day or week. I've tried to ask her about anything she'd be interested in, but she always says everything is fine.

At the same time, we have extremely different sexual backgrounds. I slept around quite a bit in my 20s while she only had one sexual partner before me, and he kinda sucked in general, but she's also my first real (longer than six months) girlfriend. Basically, I figured out ways to communicate sexual needs, but also don't necessarily have the mental infrastructure for sexual maintenance, if that makes sense.

My fantasies are really confined to threesomes and sleeping with other women, which my girlfriend will categorically never go for. While we're both open and aware that the other might fantasize about other people, that's as far as it will ever go. So it's not like I can frame the conversation as "I'm interested in trying this," to launch the discussion. So please: How do I communicate or frame my communication to open her up, both mentally and physically?

A: Firstly, it’s important to remember that while communication is very, very much key to good sex, there’s a limit to how much you can change anyone’s sexual appetites or preferences. Basically, no amount of talking is going to (or should) change your partner’s mind about what they’re into. Time, age, circumstances, experiences, etc., might change things, but you personally won’t be able to. Do I think you need to have a talk with your girlfriend? Yes, absolutely. But I also think you need to be clear with yourself first about what you’re aiming to communicate. You don’t want the conversation to devolve into, “It’s a bummer you aren’t into more kinky stuff and it’s hurting our sex life.”

As for you getting bored or feeling like things have plateaued, I think it's totally fair to feel that way after a while with one partner. I don’t think it’s a sign that the relationship is doomed or that you two won’t have hot, hot, hot sex ever again. Obviously, there are many ways of spicing things up; there are various power dynamics, sexual acts, kinks, and pretend scenarios that might make sex feel fresh. But at the end of the day, if you’re not putting in a special effort to make something like that happen, sex without those things can feel repetitive or basic. There are only so many positions and sex acts out there. And often when one thing works very reliably for a partner, you guys get into a pattern of doing what gets you off consistently. Let me be clear: That type of sex is wonderful. Learning someone well enough to know that a certain sex act is going to help them come is fantastic — we love that! But it’s also very common to feel like you want to add something new into the mix. I think you can bring new things into your sex life besides threesomes. I know you’re not suggesting that, I’m just saying there is a whole lot more out there than the broad categories of porn that would make sex feel different.

I think you can start with something like this, although, obviously use your own words and truths — I’m somewhat guessing here about your feelings: “Babe, I am incredibly into you and turned on by the sex we’ve been having, so I don’t want that to seem like the problem, but I feel like we’re doing the same stuff and I’d really like to try something new. I’m so excited to get to experience all this with you and I really want to know what you want to try, or what you’re open to. It doesn’t have to be crazy, and if we try it and it turns out it’s not for us, great.” Reassure your partner that you’re not going to be judgmental or upset about anything. Also, let your girlfriend know that she doesn’t need to give you an answer immediately on the spot. This is the opening of a conversation, one that’s going to last the entire time you’re together. The thing is, if this is the only person you’re going to have a sex life with for the foreseeable future, that sex life should be good and work for both of you! I think it would also be valuable to express why you want what you want in bed. “Having sex with you makes me feel very desired/validated/loved, and I don’t want it to feel like something we check off each week or get over with. I want it to feel intimate/hot/fun.” Again, please use your words.

If, even after that conversation, your partner feels uncomfortable, maybe suggest one of the apps where you each select your kinks and sexual interests and only get notified when you’ve matched on something you’re into. Or try playing one of the many sex board games or apps that increase intimacy. You could also ask if your girlfriend would be more comfortable expressing what she’s into via texting or email or even writing it down on paper. It might take a bit for both of you to figure out how to communicate about sex in a productive way — that’s pretty normal. Sex is very much a loaded topic that comes with a lot of baggage for us all, and it might take some patience and getting out of your comfort zone for both of you, but you can work to get to a place where you can talk about it. It’s too important of a topic not to.

More like this
I'm 38 & Single. Why Can’t I Find A Serious Relationship?
By Sophia Benoit
35 Sexy Texts To Send Your Partner
By Griffin Wynne and Carolyn Steber
What Are Swingers? Everything You Need To Know
By Lexi Inks
My BF Wants To Stay Friends With His Ex Primary Partner. What Do I Do?
By Sophia Benoit
Get Even More From Bustle — Sign Up For The Newsletter