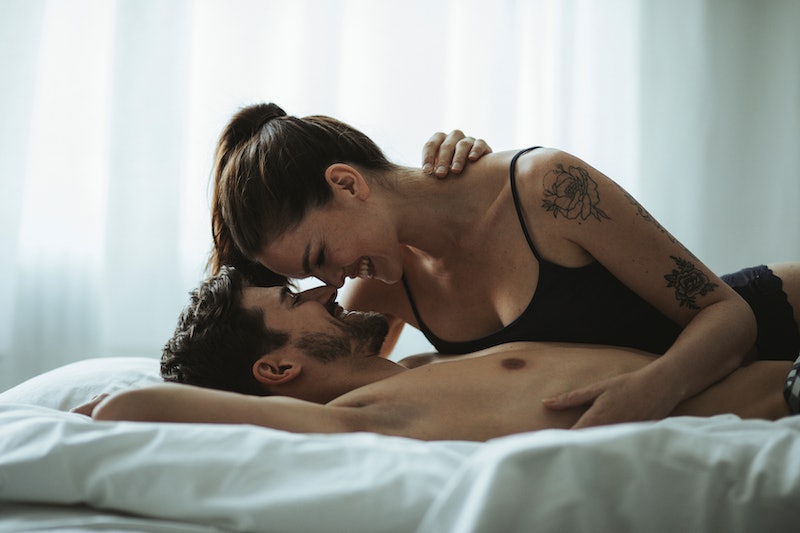 In 2018, intense discomfort in Rachel E. Gross’s vulva led her to seek medical care. That experience helped her realize she didn’t know nearly as much as she should about her own body. The science journalist set out to change that experience both for herself and others. Her book Vagina Obscura: An Anatomical Voyage, now shortlisted for the 2023 Andrew Carnegie Medal for Excellence in Nonfiction, was born in March 2022. It dispels long-held myths and shares little-known anatomical tips about the vagina that can lead to better sex for women and people with vulvas.

“There are a multitude of forces in society that conspire against us knowing our own bodies, especially when it comes to sexuality [and] pleasure,” Gross says. This is particularly true for women’s bodies, which have been studied comparatively less than men’s. Vagina Obscura was written to counteract that, to teach people about their bodies in ways that empower them socially and physically. She didn’t want anyone else to feel like she did.

Sex education, if it’s offered in schools at all, is often incomplete. “Sex ed focuses so much on pregnancy, reproduction and your period that I do think that pleasure gets left out, particularly if it doesn't have to do with typical penetrative penile intercourse,” Gross says. She spoke to Bustle about the great wide, vaginal world beyond what many people have been taught about sex. There may be some new realms of pleasure on the horizon for you.

The Clitoris Is Bigger Than You Think It Is

The clitoris is rife with nerve fibers, as many people know, though it has more than people originally thought it did. Scientists learned for the first time in October that the human clitoris has over 10,000 nerve fibers. It was previously thought to have about 8,000, which was only based on a study done in the 1970s on cows.

“I think it's becoming more widely known that the clitoris is not just a little pea-sized nub on the outside,” Gross says. “It is an extensive organ that reaches back into the pelvis and encircles the vagina and the urethra, and is part and parcel with what we know as the G-spot.”

The G-spot was long viewed as a kind of magic button to initiate the orgasm to end all orgasms, but this isn’t so, and it’s not how the body works. It’s actually more like a zone. It’s becoming understood as the place “where the back of the clitoris interacts with glans and the urethra, and is kind of an inch, inch-and-a-half up the vagina on the belly side,” Gross says. “If you do realize that it's an area, it's like a constellation of things going on there, that maybe frees you up to relax and explore that area instead of thinking, ‘If I don't hit a magic button and have some sort of mystical experience, I'm doing it wrong, or there's something wrong with my anatomy and I'm broken.’”

In reality, the G-spot area is host to a plethora of erectile tissues and glands that, when stimulated, can have some exciting results. But every body is different. “You might have to try a lot of things to see what works for you, and don't expect a big bang,” Gross says. “If you can go in without expectations and remove that myth of the mind blowing G-spot-gasm and instead, just go in with an open mind, I think that will lead to a much better relationship with that part of your body.”

You also don’t have to have a “vaginal orgasm” at all. Sex researchers say that about 26% of women have these orgasms without any accompanying clitoral stimulation, while about 70% experience orgasms exclusively through clitorial stimulation. Thinking one kind of orgasm is the only kind available to you “actually stops you from enjoyably exploring your anatomy and maybe finding out that there are other sensations that you could have and could like,” Gross says.

Your Lips Aren’t Just For Kissing

Your labia aren’t just for protection but for pleasure, too. “That skin is incredibly sensitive and full of nerve endings” Gross says. “It's there for a reason to both protect all these important mucous membranes and to give you pleasure and sensitivity.” Labiaplasties, which remove some skin from the area for cosmetic purposes, can be damaging, and work against the area’s goals.

“There's an incredible spectrum of functional and beautiful vulvas,” Gross says. There’s no one set of labia to aspire to besides your own. You’re gorgeous the way you are. Feeling comfortable in your body can help you be more present and confident when you have sex, too.

Semen Can Affect Your pH Balance

Knowing this can protect your sexual health. “Not only is the vagina self-cleaning, but it has this teeming ecosystem of microbes that are supposed to be there that are very good at protecting your mucous membranes,” Gross says, which helps protect you from infections that could arise. This is all a part of the vagina’s built-in safety system, she says.

Its regular pH is slightly acidic, about as much as a glass of red wine. This means anything that tries to destroy the ecosystem can actually be really harmful. “You don't always want to be using vaginal antibiotics too often, which wipe out all of these helpful microbes and leave you vulnerable to infection. You don't want to be douching, which does the same thing, [and] strips you of protection,” Gross says.

The acidity of the vagina means protective bacteria can exist comfortably, and also makes it inhospitable for bacteria you don’t want in there. Anything basic that lowers the acidity of the vagina — semen can be one of these things — can make you more susceptible to the kinds of bacteria you don’t want, Gross says. Understanding this can help you be in tune with how sex without condoms or with new partners affects your microbiome and overall vaginal health.

Your Libido Fluctuates With Your Cycle

You’re not going to be turned on all the time, and that’s totally normal. You’re actually most, uh, erotically charged when you’re the most fertile, around ovulation, when both estrogen and testosterone are at their highest point in your cycle. Arousal can be lower in the days leading up to your period, if you’re really stressed, and if you’re on certain medications, among other reasons.

“Before you again label yourself as being broken or insufficiently sexually arousable, remember there are all these other environmental inputs happening,” Gross says. “Consider whether there are hormonal or chemical things you're doing that could be affecting you in some way.” If your libido is lower more often than you’d like, talk to your doctor about it. There may be solutions.

Ultimately, the more you learn about your own body, the more power you have over your health and pleasure. “If you expect yourself to meet a certain type of ideal, whether it's your sexual experience in bed, or some ideal of femininity that you have absorbed from the culture, I think that's when your sex life becomes more of a performance or like an attempt to reach some prescribed conclusion that prevents you from truly enjoying yourself,” Gross says. Knowledge is power, yes, but knowledge is also pleasure.