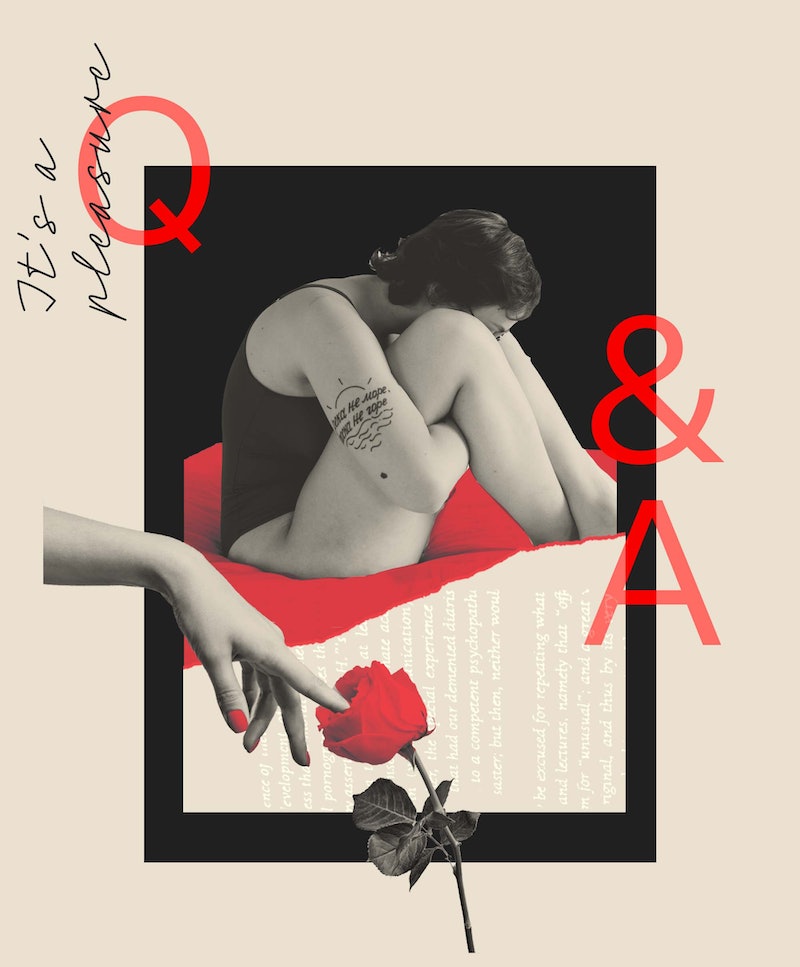 Sergey Filimonov/Stocksy
By Sophia Benoit
Aug. 3, 2022
It's A Pleasure

And then comes the hard part: communicating that to your partner or partners. Despite our deep wells of desire, we often have very little practice actually articulating those wants to another person without feeling like a pumpkin being scooped out and carved up and then left to rot on a front porch. It’s very difficult, for no good reason, to say to someone, “I want you to X my X so that I can actually come.” The best advice I have is to be nervous about it and do it anyway. Don’t give yourself an out. Practice in the mirror if you have to (it’s surprisingly helpful for it not to be your first time saying “I need you to use your fingers like this if I’m going to come” when you say it to another human). Start asking for things! You very well may be wrong about what works. Having someone in the room with you might chase away the orgasm, even if you do every single other thing just like you normally do when you masturbate. That’s OK!

The good news is that you say you enjoy sex! If you’re having fun during, then it really doesn’t matter how it ends. You are more than allowed to have sex and it not result in an orgasm every time. Or any time! In fact, I strongly suggest that you keep having fun, hot sex and take the pressure off yourself to orgasm at all. Orgasms are not, despite societal insistence otherwise, the goal of sex. Sex is meant for fun and intimacy. It’s meant to make you feel good. People have orgasms in their sleep for heaven’s sake — sex is so much more than that! You may find that with the pressure off, you actually get closer to an orgasm, or even have one (not that that’s the end all, be all!). Keep trying new things. Try things that are sexual that aren’t sex — showering together, making out without having sex, giving each other massages. Do things that aren’t meant to or required to end in an orgasm that still turn you on. Watch porn together. Have your partner go down on you while you read a horny story. Be creative! Be brave! You’re allowed to have fun with the trying, even if some or all of it fails. This can be a fun endeavor! Just be easy on yourself.

More like this
How Do I Deal With Both ED & Premature Ejaculation?
By Sophia Benoit
Are Quality Time & Physical Touch Love Languages Compatible?
By Lexi Inks
7 Women Share Their Best Orgasm Stories
By Lexi Inks
Is It A Rebound Relationship Or The Real Thing?
By Carolyn Steber and Lexi Inks
Get Even More From Bustle — Sign Up For The Newsletter