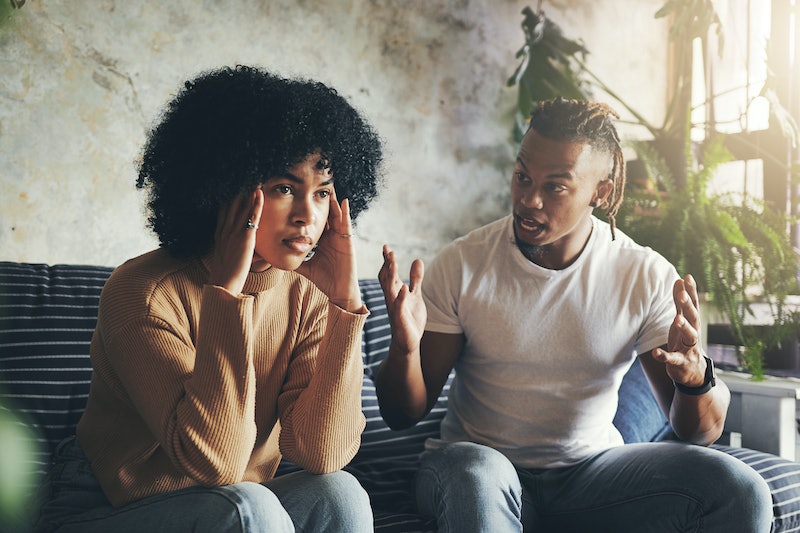 As anyone devouring the new season of Love Island can tell you, the British reality TV show is emotionally draining. Is it entertaining to watch hot twenty-somethings chase each other in circles? Beyond belief. But I’m also feeling something akin to second-hand relationship fatigue. Beneath all the drama, the show promises that “love” is at its core — just as “clarity” and “vulnerability” are hallmarks of the Bachelorette franchise — but it seems a rather twisted portrayal of love. So I’ll take a beat this week, before re-committing to the seventh season to watch its delightful nonsense unfold. And, after all, it’s also strangely adept at identifying traits of emotionally draining people.

In a 2016 study from the journal Frontiers in Psychology, researchers found that couples in interdependent relationships, which they defined as when partner’s “emotions [were] linked to each other across time” were more likely to report individual life satisfaction. But 64% of the surveyed couples weren’t emotionally interdependent. It seems easier to imagine than to come by.

So how do you distinguish someone ready and capable of interdependency from someone who’s emotionally draining? Bustle talked to nine experts about how to identify if a partner is emotionally draining you, from feeling as though they’re siphoning off your energy to noticing intrusive thoughts.

1. You Can't Stop Thinking About Them

According to psychologist Nikki Martinez, "Your partner might be draining you emotionally [if] you spend an unhealthy amount of time focused on intrusive thoughts,” which she defines as thoughts that consume your brainspace. "When you’re thinking about what they’re doing, who they’re with, what they’re doing with this person, or what the nature of [your] relationship is, that can be draining."

This isn't the fault of your partner, and could be a lingering issue from a previous relationship. If the latter is true, that means there’s room to grow — great. But it also means that changing the dynamic rests on your shoulders — bummer. "If you’re staying up at all hours of the night with racing thoughts and worries about your partner, this is definitely draining," Martinez says.

2. You're Tired All The Time

Michele Paiva, a Pennsylvania psychotherapist who specializes in trauma recovery, thinks of all humans as energy. "When we don't feel well, we feel tired. When we feel alive, we feel energized,” she says. "[So] when your partner makes you feel more like you have a cold or flu, rather than on top of the world, they are draining you emotionally."

But just because you feel a flu onset around them doesn’t mean you need to throw in the towel immediately. "It simply means perhaps you’re giving too much,” she says. "I urge clients to pull back when they feel this. You are in charge of your own energy. … If they are draining you, first look at you, then look at them. Your energy is yours, and can't be given or stolen unless you hand over the power to someone else."

3. You Can't Wait For A Solo Weekend

"When you’re spending more of your energy than you want to on your partner and their needs, a break is going to seem like much more than a break," says April Maccario, a relationship columnist. Looking forward to alone time could be a red flag. "It’s going to seem like a cause for fireworks, or champagne corks popping," she says. "If you’re all that excited to have a weekend alone, consider that the reason for your joy is that they're draining you when they're around."

4. Your Partner Is Not Boosting You Emotionally

It may sound obvious, but the easiest way to tell if your partner is emotionally draining is to tune into the way you feel together. "In an established relationship, we are prone to simply go through the motions without reflecting on how we feel moment to moment," says marriage and family therapist Esther Boykin. "It’s in the small moments, like when they text you or as you're getting ready to go out together, that you will find the most telling signs of how they’re affecting you emotionally."

About long-term relationships in particular, she adds: "Over time, Friday date night may become routine, and no longer elicit the same butterflies, but does it make you feel tired and disinterested? Do you put off responding to their texts and phone calls? The small responses to your partner's bids for attention are indicative of how they’re impacting your emotional well-being. It is in these easily overlooked reactions that you will find the most accurate clues to whether or not your partner is boosting or draining your emotional life."

5. You Need Recovery Time After Seeing Them

Psychologist Jennifer Rhodes uses a metaphorical example: "You are with an emotional vampire if you find yourself physically drained," she says. "Emotionally sensitive people and empaths often do not pick up on these cues right away."

If you've just had a date, and now you feel flat-out exhausted, give it some thought, she says. “[When] you’re usually able to get through your day, and now need to spend the entire weekend recovering, it may be worth exploring who’s sucking up your energy." If signs point to your partner, it's time to make a change.

According to psychologist Salama Marine, your pattern could be emotionally draining if "you’re emotionally overwhelmed by the requests of your partner [and] have the feeling, ‘Now it’s too much.’” It’s less about their behavior, and more about its effect on you, she reiterates. "Everybody has their own limit.” If you’re constantly hitting your breaking point, you're emotionally drained.

"A sure sign that your partner is draining you emotionally is a feeling of fatigue that washes over you whenever you get into a conversation with them," says dating expert Noah Van Hochman. "This may start as a tired feeling and then progress into quick-tempered annoyance at things that you would previously never have thought twice about. … Have you ever argued with someone [who] ends it abruptly by saying the word 'whatever' and walking away?" he asks. If so, that’s a red flag.

8. You Feel As Though You're Walking On Eggshells

"If you feel like sharing your own feelings or relying on your partner emotionally will rock the boat, chances are you feel emotionally drained," adds life coach Kali Rogers. We all need to be able to lean on our partners from time to time. "You never want to feel like someone's counselor, but that line can be blurred when there isn't a 50/50 split on emotional sharing. If you feel like relying on them in the slightest bit will cause an implosion, it's best to reevaluate the stability of your relationship," she says.

9. Your Needs Aren’t Being Met

"If they refuse to listen to you and communicate by arguing to get their way, you will feel drained, and that your needs aren't getting met," says Stefanie Safran, a Chicago matchmaker and dating coach. "If you feel that most of the relationship is just you listening, reconsider if this relationship is worth it," she says.

Salama Marine, psychologist and dating expert for the website EliteSingles