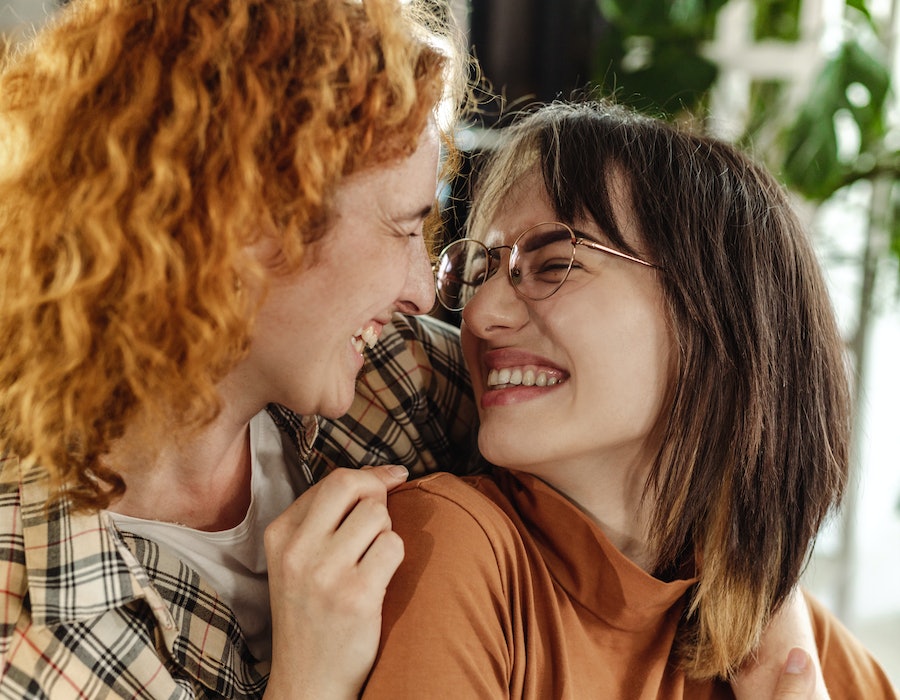 In the age of social media, it feels like there’s a term for legit everything relationship-related nowadays. Because of this, you probably have (many!) questions about all the types of relationships that are out there and how to define yours, exactly.

Lucky for you, while the internet may make things more confusing at times, it also offers up a breadth of information that can help you better understand various types of relationships, identities, and more — straight from expert sources themselves.

And when it comes to defining your relationship, think of it this way: very broadly, “a relationship is an interaction of contact and connection between two or more people,” explains Jenni Skyler, Ph.D., director of The Intimacy Institute. In short, a relationship exists on a spectrum with varying levels of intimacy.

Your goal? To find out what level of intimacy works best for you to define your relationship, which you can do by better understanding all types of relationships and how they function. Here’s what you should know, per dating experts.

A monogamous relationship is when you are romantically and/or sexually devoted and committed to one person only, explains Janet Brito, Ph.D., a clinical psychologist and sex therapist and founder of the Hawaii Center for Sexual and Relationship Health. “You have chosen to be with one person at a time,” she says, and any detraction from this model would probably be considered cheating.

Unlike regular monogamy, an ethically non-monogamous (ENM) relationship exists when two or more parties have consensually agreed to have more than one partner at a time, Brito says. The key word here is consensually, meaning that all involved are privy to and comfortable with the relationship’s boundaries — this is what makes the relationship ethical. It’s also sometimes called an “open relationship.”

Yep, a polyamorous relationship falls under the umbrella of consensual non-monogamy. “But with polyamory, you could be having multiple sexual or romantic relationships, specifically,” Brito explains, each of which is dependent on the agreement between those in the relationship.

Some people just have romantic polyamorous agreements, while for others it may just be sexual. (Or both.) But ultimately, since it's under the umbrella of consensual non-monogamy, the dynamics are executed with intention and consent from all parties.

“A romantic relationship can be different for all people,” Brito explains. For example, some people have romance but they don’t engage in sexual activities — though many do. Whether they engage in sexual activities or not, in a romantic relationship there is shared affection, feelings, and loyalty to each other. And above all, “they're emotionally close,” Brito notes.

Some people are more comfortable existing without a romantic aspect to their relationship. “An aromantic person may not have that romantic attraction toward the other person,” Brito says. There's a spectrum to aromanticism, though, so some people in aromantic relationships may still have sexual attraction or emotional closeness — it’s just not romantic in nature.

The term “exclusive relationship” can be tricky to define, though it’s often used nevertheless. An exclusive relationship usually means that those in the partnership are not having romantic or sexual relations with anyone besides each other — though it doesn’t necessarily mean they are officially “dating.” Yep, it can be a pretty ambiguous (and frustrating at times) situation.

You might know by now that codependence isn’t the healthiest relationship style. It typically involves one person undermining their own needs for the sake of the other, Brito explains, which can make the dynamic extremely unbalanced. “[Codependent relationships] can also contain toxic patterns and self-destructive tendencies because you're not really thinking about yourself,” Brito says. This is usually because one person is so reliant on the other for emotional, mental, financial, and psychological support that they will do anything to not lose them.

Another ambiguous relationship that can easily end in hurt feelings: friends with benefits. It typically involves two peers who agree to have casual sex with each other for pleasure purposes but have agreed that the relationship won’t involve any romantic relations or eventual progressions into a full-on relationship, Brito explains.

“A rebound is the person that you date after you've ended a relationship with somebody,” Brito says. Usually people get involved in a rebound relationship as a way of coping with the loss of the previous one, in an attempt to try to move on, Brito explains. That said, while it may be tempting, getting in another relationship so quickly may result in you repeating unhealthy patterns from the last one, given the quick transition. Instead, Brito suggests “looking at what happened in the past before jumping into this one.”

You’re in a queer relationship when you’re dating someone who doesn’t identify as cisgender or heterosexual, Brito explains. In other terms, this means that any relationship where at least one partner exists on the LGBTQIA+ spectrum is technically queer — even if one of the partners is heterosexual, cisgender, or both.

“A friendship might be emotional but not sexual,” Skyler says. That said, every friendship will have its own boundaries based on the uniqueness of that relationship. It’s not a one-size-fits-all scenario. Those boundaries will be defined by how much emotional, sexual, or physical intimacy you prefer to associate with your friendships, Skyler explains.

A platonic relationship is one that is close and emotionally intimate, but not sexual in nature. Many people often define their friendships as platonic, but friendship isn’t inherently platonic, as some people incorporate sexuality into their friendships, too.

More like this
Is It A Rebound Relationship Or The Real Thing?
By Carolyn Steber and Lexi Inks
Are Quality Time & Physical Touch Love Languages Compatible?
By Lexi Inks
12 Ways You're Sabotaging Your Love Life
By Teresa Newsome and Lexi Inks
Why A Relationship Timeline Isn't Necessary For Everyone
By Lexi Inks
Get Even More From Bustle — Sign Up For The Newsletter