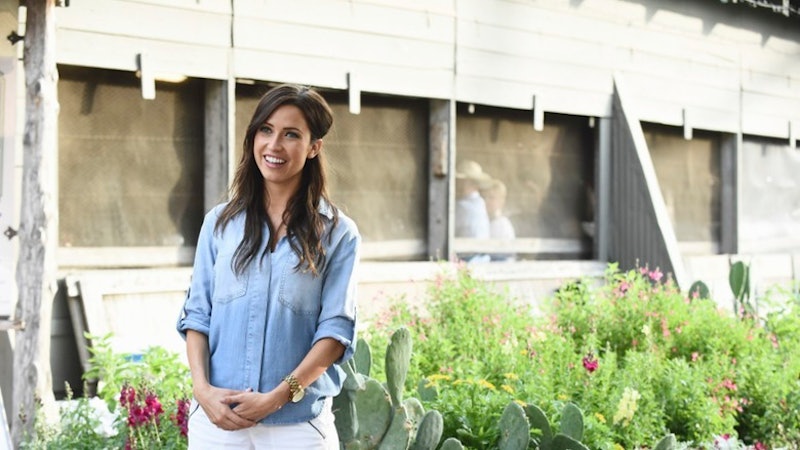 In just a matter of hours, the world will finally know once and for all who Kaitlyn Bristowe ended up with on The Bachelorette . And while diehard followers of the show may think they already know how things are going to play out, it's important to not count those engagement eggs before they hatch. Why? Well, other than the fact that this is a reality series and drama is kind of its thing, we have no idea what's really going on inside of Kaitlyn's mind and heart. Sure, she's vocally conveyed her feelings about each individual prospect, but love can be a fickle thing and has the ability to surprise you at every turn. With that in mind, it's entirely possible that a Bachelorette could change her mind about who to be with even when it looks like the decision has already been made.

Though something like this has yet to be done on The Bachelorette, I think we can all recall that surprise twist Jason Mesnick delivered on The Bachelor Season 13 when he proposed to contestant Melissa Rycroft in the finale only to reveal in the After the Final Rose special that he'd actually changed his mind about the whole thing. He broke up with Rycroft then and there on live TV right before asking runner-up Molly Malaney to give him another shot. (She accepted.) Now that is some shocking stuff right there and goes to show that even a proposal doesn't guarantee that that's who the Bachelor/Bachelorette will end up with by the end of the season. So what's to stop Kaitlyn from doing the same thing?

I think we can all agree it's been a pretty rough season for this particular Bachelorette, given all the hateful and unfair Twitter accusations that have been thrown her way. And while criticism is to be expected on any big-name reality show, it's important to not lose sight of the fact that these are real people, who are entitled to make mistakes and change their minds if they so choose. Love is complicated enough as it is, so when you throw a spotlight it, it's bound to make anyone feel more than a little confused.

Kaitlyn has always stayed true to herself, though, so if she feels that a mistake has been made in her decision, you better believe she won't be afraid to stand up and say something, no matter what kind of criticism comes her way. She's already proven to be a Bachelorette MVP in so many ways, this could yet be one more time she delivers a game-changing shake up of epic proportions. Either way, though, I'd say this is one finale you won't want to miss.