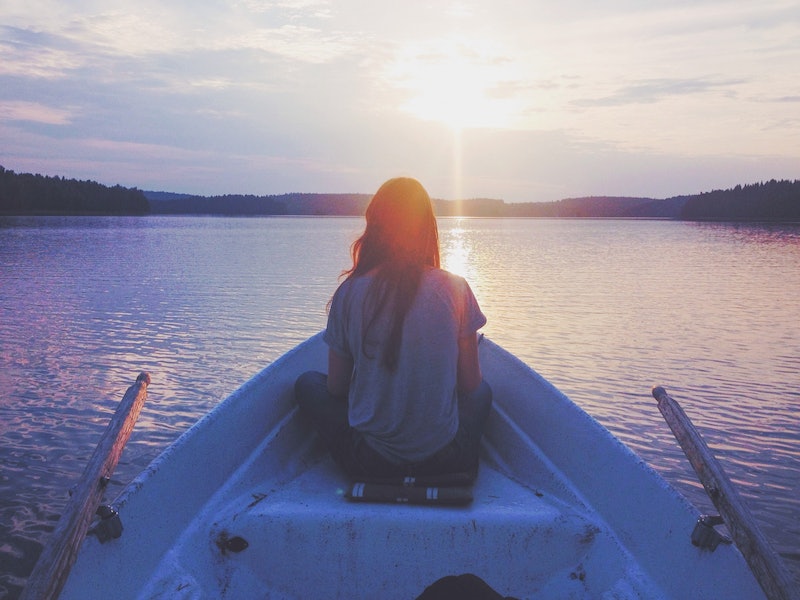 Extreme sex is the best sex for a Scorpio, says astrologer Ally Mead. Though some might feel timid in bed, Scorpios love "to go as deep as possible sexually," she says, as they are ruled by the element of water and often tend to veer toward the emotional side of things. Being governed by water sometimes means submerging yourself in it for great sex, says Mead: From a quickie in the shower to getting it on underwater, Scorpios are all about aquatic activities.

Plus, Scorpios are downright academics when it comes to sex, Mead says. Scorpios have a voracious appetite for sexual knowledge, learning about themselves and their desires as they go along. If you're a Scorpio, you have an especially good setup if you share such tantalizing tidbits with a Taurus, which happens to be your most compatible match in bed. Tauruses have "the strength and stability to deal with Scorpio’s emotional ups and downs," Mead says. "Together, they engage in a playful and deeply orgasmic power play."

Clairvoyant astrologer Mead, aka the Sassy Psychic, who owns an intuitive healing business, told me everything there is to know about Scorpios in bed, from the best positions to the best tricks and everything in between. The author of Searching for Sassy: An L.A. Phone Psychic's Tales of Life, Lust & Love gave it to me straight, though: "If you want woo-woo, look someplace else," she says.

Scorpios aren't afraid to really delve in, Mead says. "As an emotional water sign, Scorpio is one of the deepest signs of the zodiac." This might be a no-holds-barred discussion about life, but it also could be that type of discussion about sex. Scorpios "love to go as deep as possible sexually too, making complete contact with your partner. Whether you’re straddling one another, hitting it doggie style or achieving new heights with your oral game, you want to go as far as possible, making life more orgasmic than ever before." Of course, adding sex toys to the mix is always welcome: "Because of that, trying new toys may help you find new and pleasurable spots on each other’s bodies you may not have thought of before," says Mead.

Scorpios "love to get freaky in water environments," says Mead. This can look many different ways, from a no-frills shower session to skinny-dipping in a beautiful lake. "A quickie in the shower before work sets the mood for the entire day, but you’re not going to be confined that easily," says Mead. "You may find sex under waterfalls an extreme pleasure, or a little secretive nookie under your clothes at the water park, or even in a swimming pool or the ocean." The exact position here is not the point, but the element in which sex unfolds. "Water drives you, unites you and lifts your body in ways normal sex may not be able to. You may even find completely new positions when you’re having sex in water." It's important to be creative here, and not be attached to a particular position or routine.

Scorpios and Leos are the dramatists of the zodiac, Mead says, and there ain't no shame in bringing that to your sexual relationships. Scorpios "love to incorporate history, costumes and role-play into their sexual lives," she says. In particular, they are "drawn to times when sex was considered bad or dirty, and discipline was dished out for having a healthy sexual appetite." Whether it's with dirty word-play ("Unhand me!") or full-on regalia (hello, powdered wigs!), "drawing on Victorian or Edwardian times could heat things up in a hurry as you bend one another over a table for some well-deserved punishment," Mead says. To take it a step further, she adds, "Many Scorpios carry past life memories of being chastised for enjoying their bodies, and may need to act these times out as fantasies in order to become fully integrated as sexual beings." Do with that what you will.

We can all agree on one thing: "Every sign has its favorite ways to stimulate the brain and erogenous zones," says Mead. But when discussing Scorpio, it's best to explore areas that might be generally overlooked. "Scorpio has a brilliant mind, and may find that stimulating their most sensitive parts with a rubber kitchen instrument, piece of fruit or even a soft bristle toothbrush provides an entirely new set of sensations," she says. Nothing is off-limits; in fact, the more outlandish, the better, she says. This, of course, includes exhibitionism and/or public sex. "You might even say your sign is a scholar of the bedroom, always seeking new ways to get off with whatever’s at hand. That way, an orgasm is never very far away, and may even be achieved without alerting others to the fact that you and your partner are giving each other the most intense pleasure possible in public." So grab a Taurus — or a Capricorn — and repair to the nearest rooftop in the rain, stat.