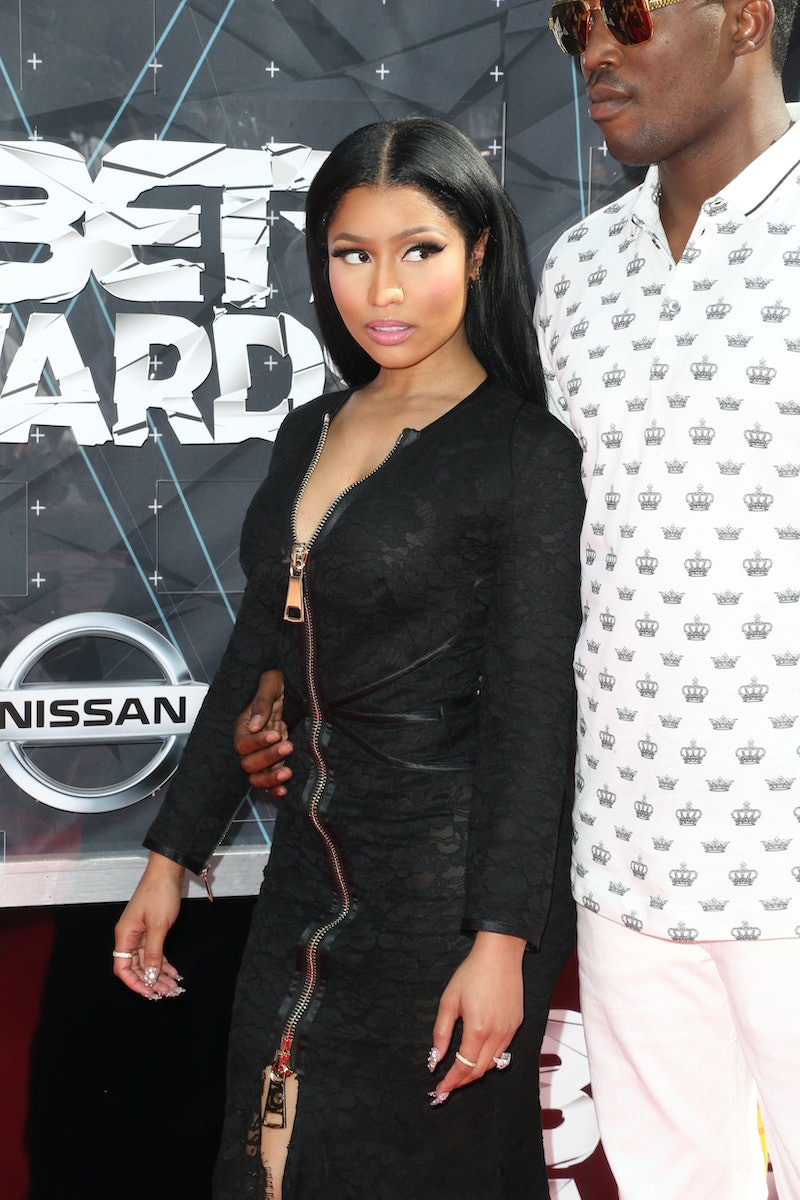 Unfortunately for Meek Mill, his Drake diss track was released now that (I think) most are pretty sick of the feud between the two rappers. Meek released his Drake diss, "Wanna Know," on Friday night, following two Drake releases targeting Meek Mill. These were in response to a Twitter feud that Meek started regarding Drake's potential use of ghostwriters. One thing all these tracks have in common — besides being kind of childish? Nicki Minaj.

Mill is Minaj's boyfriend, and they both starred in the #goals-epitomizing music video "All Eyes on You." Minaj and Drake apparently don't have a sexual past — but he totally would, guys, and he knows what he'd do — but they are friends and Minaj did memorably give him a lap dance in the "Anaconda" video. While Nicki has not publicly addressed the feud, she seems to be a part of it, since both rappers' songs made frequent mention of Minaj.

In his first diss track, Drake briefly alluded to the rumors that he had sex with Minaj, writing "Rumor has it, I either f****d her or never could." But in "Back to Back," Drake got more explicit and accused Mill of riding on Minaj's famous coattails with the lyrics "You love her, then you gotta give the world to her / Is that a world tour or your girl's tour? / I know that you gotta be a thug for her / This ain't what she meant when she told you to open up more."

Later on, he uses her as a status symbol:

Meanwhile I’m on the cover with a platinum chick

Not only is it annoying that grown men are using a woman as a verbal weapon, but it makes me wonder if this feud might not just be about ghostwriting, which definitely seemed like less of the focus of their tracks than Minaj.

Could there be more behind-the-scenes drama that we are not aware of, thus prompting all that vitriol, especially from Mill's perspective? While Drake's tracks seemed like classic lazy Drake, wondering why this was even an issue, Mill's lyrics had more vitriol. He called Drake a "f*****g dork" and "fake" multiple times, in addition to calling him "sweet." To me, this all seems like two dudes fighting over a girl outside of their high school lockers.

But whether or not that is the case, I hope this feud is put to rest, and that they stop dragging Minaj, who doesn't need any of this in her life, into it.