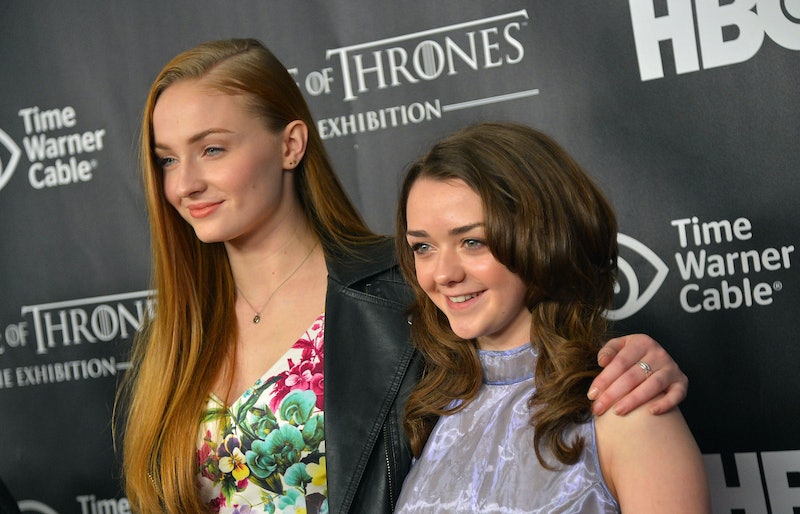 Seeing the Game of Thrones actors out of character is always a delight since they can let loose without the concern of being killed or plotted against. But, it's also a treat when you get to see the videos of the actors' Game of Thrones auditions since they are often wide-eyed and young still (kind of like how Sansa was in the early seasons). After Game of Thrones showed never-before-seen audition tapes during San Diego Comic Con on July 10, fans were grateful to see some of their favorite characters come to life in grainy, no-frills videos, but we also crave more.

The official Comic Con audition reel shows clips of the finished TV show cut with the actors auditioning in those scenes. The audition video includes Pedro Pascal as Oberyn Martell, Natalie Dormer as Margaery Tyrell, Gwendoline Christie as Brienne of Tarth, and Rose Leslie as Ygritte — uttering her famous line, "You know nothing, Jon Snow." But, with a huge ensemble cast, there have to be more Game of Thrones audition tapes out there in the world of the Internet, right? Right?

Well, turns out that as with all things HBO, it's hard to get your hands (and eyes) on any real audition footage. While searching for Game of Thrones audition videos, you're more likely to stumble across fan parodies than any legitimate auditions. Although most of the following videos are not new to true Game of Thrones fans who search audition tapes, they are still rare gems — like Daenerys's dragons — and beg to be viewed again.

Although it doesn't appear the girls were in the same room for this audition, the two surviving Stark girls were both so young and fresh-faced in their auditions that they read well together. Oh, the horrors they've seen now by the end Season 5.

McCann's audition tape for the Hound reminded me how much I truly adore this character. Bring back the Hound for Season 6!

How perfect is Momoa in this audition? Obviously, this man proved how he was the ideal actor to take on the fierce Dothraki leader in just this 40-second clip.

While it's not clear if this audition tape of Gleeson is actually for Game of Thrones (I think he looks too old for it to be a legitimate GoT clip), the young actor shows his incredible range with just one sentence. How I miss his psychopathic character.

If those four videos aren't enough to keep you satisfied, you can also watch actors discuss how their auditions went:

Harington explained his rigorous audition process on the radio show Absolute Radio. Now I just need to get my hands on Harington's audition video where Jon spoke with Tyrion.

On The Tonight Show with Jimmy Fallon, Clarke admitted that she did the Funky Chicken and the Robot dances in her audition for Daenerys after writer David Benioff requested she dance. Only the most regal of dances for Daenerys.

Leslie said she went into her first audition without knowing the show (how dare she!), but she said that it probably helped her since she didn't feel pressure since she was auditioning after the first season already premiered.

But, if just hearing the actors talk about their auditions isn't doing it for you, here's that official Comic Con Game of Thrones audition reel for good measure:

Perhaps the HBO gods will bless us with another audition reel at next year's Comic Con. Until then, just get geared up for the long wait until Season 6.