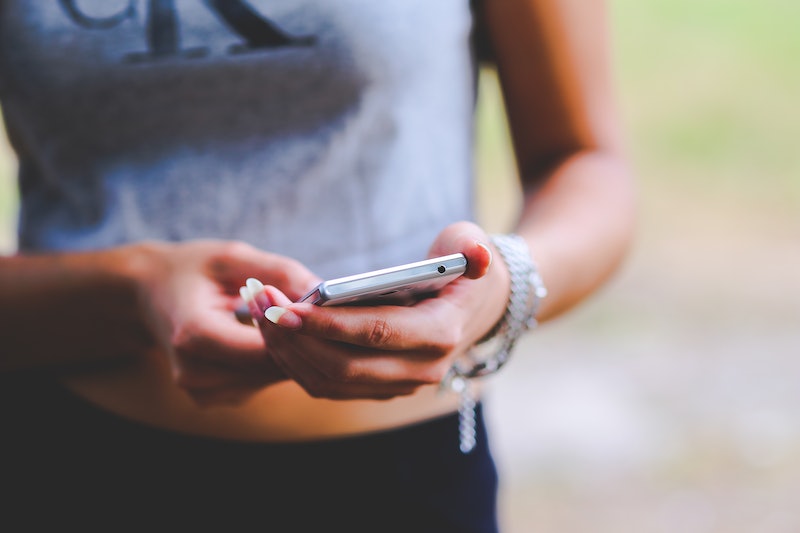 When it comes to dating in general, good men are hard to fine. When it comes to dating online, good men are even harder to find. Because of that, self-proclaimed feminist dating app, Bumble, which puts women in control, has created a new feature to reward those good men. No longer will the good guys of the online dating world get lost in a sea of jerks. Thanks to Bumble’s new “VIBee” status, the good guys will finally receive the recognition they deserve.

According to the Statistic Brain Research Institute, out of 54 million single people in the U.S., almost 50 million of them have tried online dating. Further statistics found that about 48 percent of them are women. How many of your conversations during brunch or at girls’ nights have started the with, “Urgh, so this dude on Tinder…”? I’m pretty sure, a lot. After all, many tales have been told of the single woman’s journey through Tinderland and the many obstacles (i.e. jerks with unwanted dick picks) she has to face in order to find “The One. ” The One who won’t immediately make her barf with one-liners about balls being put in places they don’t belong, anyway.

Through the use of a behind-the-scenes algorithm, Bumble will look at a set of behavior metrics that are good for Bumble’s ecosystem. These behavior metrics include good behavior, proactive behavior, and healthy engagement over time. Being a “power user,” or someone who annoyingly swipes-right to everyone in attempts to collect matches will not help you achieve VIBee status.

If you weren’t already familiar, Bumble was created by Wolfe to be the feminist version of Tinder. While both men and women alike can play the swipe-left, swipe-right game, women hold all the power when it comes to communication. As in, a woman must make the first move within the first 24 hours of a match or lose that match for good. As Bumble founder and CEO, Whitney Wolfe tells Bustle, the new addition to the app is helpful in Bumble’s vision of creating “good, strong online accountability and positive social interaction.”

For the guys out there who are now conscious of their Bumbling efforts, don’t be alarmed. Wolfe wants users to know, Bumble has no intention of “punishing” or “weeding people out.” In fact, the new feature’s creation had nothing to do with punishment, despite what some may have initially believed. Its premise is all about rewarding.

“As a company grows, it’s small and curated,” Wolfe says. “As we expand, we want to provide the same level of comfort and ease while swiping and be as relevant as possible for you. We want to put people we know are thoughtful users and match those people accordingly.”

So, what does a guy have to do to earn VIBee status? “Bumble thoughtfully,” Wolfe says. Now, that doesn’t mean Bumble will go into your messages and see what kind of juicy conversations you and your matches get into. As Wolfe wants users to know, “nobody is being watched." Instead, judging is based on an “algorithmic level.” Therefore, no invasion of privacy. If you engage thoughtfully, have positive and meaningful interactions with your matches, and haven’t been reported for inappropriate behavior, your chance of reaching VIBee status is pretty good.

“There’s no way to cheat the system. It’s not something we want you to sign up for,” Wolfe says. “We want you to just Bumble as you usually would.”

There’s a permanent rolling entrance into Bumble VIBee status and guys will be let in during different batches. While many naysayers have claimed that Bumble isn’t truly “feminist” because it only allows women to make the first move, therefore restricting men, Wolfe believes otherwise.

“Are women really held equal in today’s society in terms of who [makes the move] first? No,” Wolfe says. “On Bumble, we’re trying to give women a boost-up to come to an equal playing field so men don’t feel the need to be the aggressive hunter and the women don’t feel like they have to play the damsel-in-distress and wait for the men to come to them.”

While women in recent years have been making leaps and bounds in terms of their place in society, a recent survey found that less than one in 10 women make the first move. Sure, it may seem daunting at first. After all, nobody likes rejection. It’s human nature. But as Wolfe says, there's no need to be nervous. “Go after it. Be totally confident. There’s nothing more attractive than being confident woman … You should be the girl boss in your relationship, not only in the office.”

Because the whole swipe-left, swipe-right, insta-match has become the norm, dating apps need to constantly find new ways to stick out from the crowd. Here are five interesting features of dating apps out there today:

If you’re one of those people who use dating apps as a way to somehow validate your level of attractiveness to internet strangers, then The League isn’t for you. The elite dating app, which is catered to the “smart, busy, and ambitious,” punishes users who constantly swipe right, but have no intention of talking to people. In fact, if you’re found guilty of doing that, you will get the unfortunate label of being “flaky.”

Amanda Bradford, founder and CEO of The League, tells Bustle, “Our algorithm de-prioritizes people with high ‘flakiness’ scores. Flake is when you constantly match but never message or don’t reply to messages from people you’ve matched with … Our algorithm will eventually kick users out of The League if their flake score is too high.

So, a word of advice to all you online daters out there, nobody likes a flake.

2. The League Also Gives You Your Own Personal Concierge Service And Wingman

"Our users are each assigned a real-life concierge," Bradford says. "Users can ask concierge for feedback on their profile, their opener liners, and also ask their concierge to help them get a friend in off the waitlist."

3. Hinge Will Call You Out If You're “Taken”

Remember that study earlier this year that found that 42 percent of people on Tinder were already in relationships or married? Well, Hinge, the dating app which hooks you up with your friends of your friends on Facebook, have a feature which allows people to see whether or not your potential match is already in a relationship. It’s good to not be a statistic, isn’t it?

4. Siren Only Lets Men See What Women Want Them To See

In another app that lets women call the shots, Siren lets the women control who sees their image, who can communicate with them, and what kind of date they want to go on.

Based on an open-ended “question of the day,” women get to see all the men who responded that day. If she likes his answer, she can choose to show herself to him or save his profile for later. On the men’s side, however, men will only see the women’s answer, but not her profile. If he’s intrigued, he can “notify” a Siren, which alerts the female to check him out.

For those of you who complain that the swiping game of online dating is so shallow and based solely on physical attractiveness, Loveflutter lets your personality shine first. Through a Twitter-like 140 character fact, potential matches read the fact on top of a blurred profile picture. If the fact peaks their interest, they can tap the photo and see the “face behind the story.”