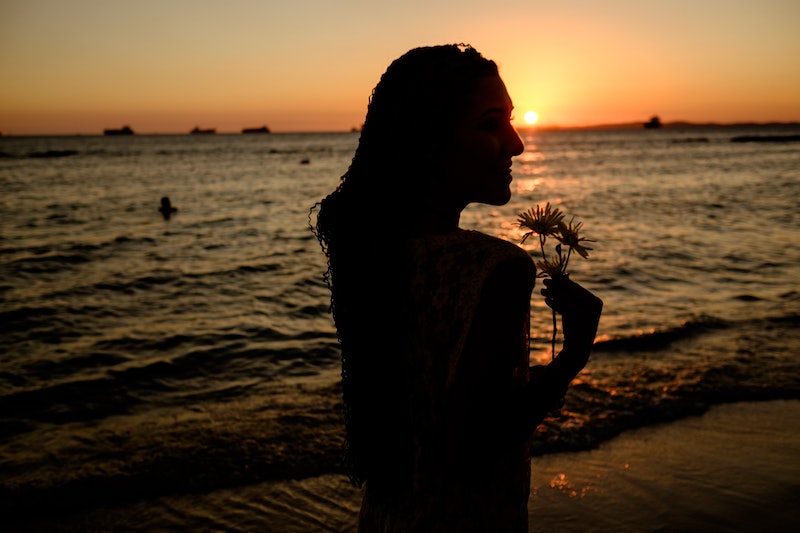 Traveling by yourself: It's not just for introverts anymore. According to a new study, traveling by yourself is great and leads to all kinds of cool things like self-discovery and relaxation. Plus, you never have to fight about where to eat dinner. Awesome? Awesome.

Constanza Bianchi, a professor from Queensland University of Technology's Business School, wanted to investigate the increasing solo travel trend among Australians. She interviewed a sample of 24 participants who all recently traveled alone, even though most have friends and family with whom they could have planned a trip. Bianchi interviewed these intrepid travelers to get a sense of why they chose to set off on their own and how they enjoyed the trip.

Surprisingly, these solo travelers didn't complain about feeling lonely so much as they remembered traveling alone as a very positive experience. Most said that they chose to travel alone because they enjoyed it — it makes planning easier and enables you to do whatever you want. But beyond just the practicalities, it seems that solo travel also allowed for more meaningful personal experiences as well.

"Traveling alone for holidays also provided some participants with the feeling that they had more control over their lives and actions," Bianchi writes in the study. "Solo traveling also offered some participants the possibility of reflection and self-discovery." So basically, Eat, Pray, Love and Wild and even On the Road might be onto something with this whole "strike out on your own and find yourself while traveling" idea.

Should you consider a trip by yourself? Well, I don't want to bias anyone (or do I?), but here are a few perks to consider about hitting the road (or skies, or seas) on your own:

1. It's Easier To Be Spontaneous

When you're in a new place, often you come across something you'd like to do or try that isn't in your itinerary — which is easier to do if you don't have to convince someone else to come along with you. By the same token, being by yourself also means that the plans you were really looking forward to aren't jeopardized by someone else's sudden spontaneous feeling. Isn't that just better?

2. You're More Likely To Meet People

If you aren't traveling with a built-in social group (or at least a partner), you're much more likely to at least strike up a conversation with someone new — and meeting new people while traveling is its own awesome experience that shouldn't be missed.

3. It's Probably Not As Dangerous As You Might Think

Especially as a woman, traveling alone can sound intimidating, and make no mistake, it does mean taking certain precautions — for instance, you should make sure you're checking in every so often with someone back home, especially if you're abroad. But lots of women still travel solo and swear by it, and as long as you pick a safe destination for your trip and take reasonable precautions, you shouldn't let fear keep you from trying something new.

4. No Fighting With Your Friends And Family

You're in a foreign country, you've been traveling with the same small group of people for a week, you haven't had much alone time, and chances are (especially if you're in a place where you don't know the native language well) that you haven't had a real conversation with anyone but your traveling companions since you left home. Inevitably you all get tired, or hungry, or frustrated, and suddenly you're fighting, and your supposedly relaxing vacation has just gotten very stressful.

Or you could travel by yourself and not worry about all that.

5. Get To Know Yourself

There's something about being by yourself that's just good for personal growth. It's one of the benefits cited by participants in Bianchi's study, and it's something lots of other people will tell you, too. If you want to get to know yourself, spend some time by yourself, away from other people. And what better place to get some perspective on yourself than someplace totally new?