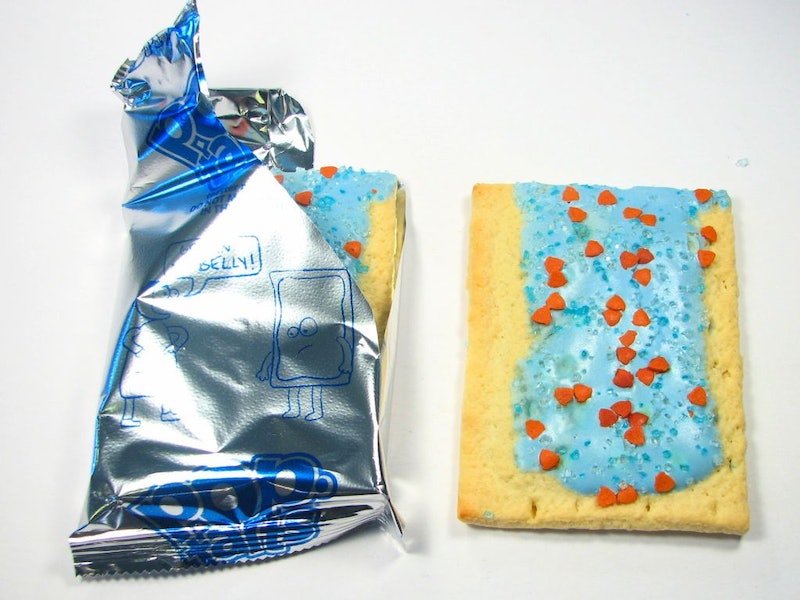 We all love beer. We all love Pop-Tarts. But is the world really ready for Pop-Tart beer? My initial reaction to this new brew (called Toaster Pastry beer, naturally) was an emphatic "hell to the no." After all, we have plenty of breakfast-turned-alcoholic beverages to choose from; Girl Scout cookie beer, Wheaties beer, and even Count freakin' Chocula beer are all available for those who choose to seek them. (Yes, I'm aware that Girl Scout cookies aren't technically breakfast food, but you can't tell me that Thin Mints aren't the best form of breakfast known to mankind.)

San Francisco brewers 21st Amendment, however, appear to disagree. The brewery recently announced its plans for Toaster Pastry, an India Red Ale created as an homage to their factory's former occupants, Kellogg Co. According to Fortune, the factory produced Pop-Tarts and Frosted Flakes before 21st Amendment moved in, which leads me to believe that we dodged a bullet there. Somehow, Frosted Flakes beer sounds even less appealing than Pop-Tart beer.

In the interest of full disclosure, though, I should admit that I have a long-standing feud with Pop-Tarts after eating a pack a day during my freshman year of high school. My apologies to Michelle Obama — although in my defense, the vending machine was right next to my locker and 14-year-olds aren't known for their self control.

My personal history with Pop-Tarts aside, the beer could totally turn out to be delicious. The reaction online has largely been somewhere between "curious" and "TOTALLY STOKED YOU GUYS."

The beer is 7.6 percent alcohol by volume with an IBU of 74, and as Fortune points out, that puts it at the same bitterness as a Stone IPA. If all this sounds right up your alley, you're in luck: Toaster Pastry hits shelves as a permanent seasonal offering next week.

It's not exactly part of a balanced breakfast, but in my experience, nobody actually eats Pop-Tarts first thing in the morning anyway. That being said, maybe save it for brinner time.

More like this
TikTok's Favorite Bartender Thinks Mimosas & Bloody Marys Are Out For Brunch
By Alexis Morillo
Are We Drinking Rosé All Wrong?
By Sheila Yasmin Marikar
Meet The Spice Company Founder Who Sees Chai As A Metaphor
By Madhuri Sathish-Van Atta
Here’s What Sarah Jessica Parker’s Canned Cosmo *Actually* Tastes Like
By Emma Garza
Get Even More From Bustle — Sign Up For The Newsletter