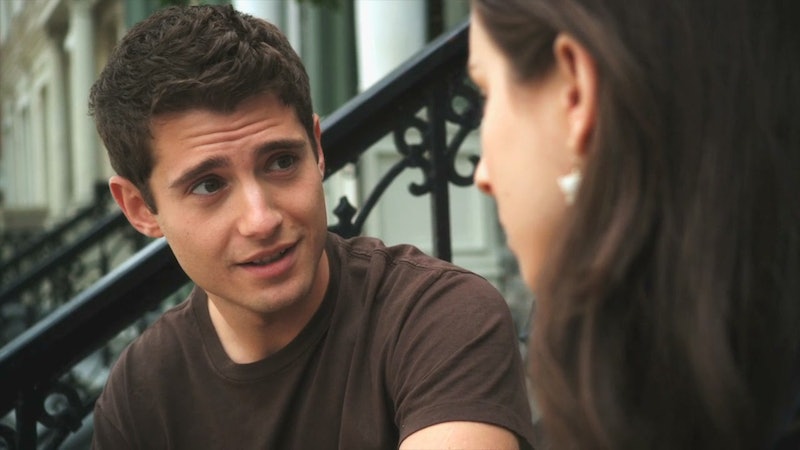 We're over two weeks out, and the dust is still settling after Pretty Little Liars' #BigAReveal. The fact that CeCe Drake was Big A all along left many fans (understandably) ruffled, because in addition to the problematic aspect, the reveal opened up some Pretty Little Liars plot holes. At any rate, the unmasking of A has sparked its fair share of "what if" wish lists, which made me think back to an interview showrunner I. Marlene King did with ET Online early on in Season 3, when she revealed that she and the producers "had three or four ideas of who we thought would be a great candidate to steal the game as 'A' from Mona." If other people came very close to being A, that could explain some plot holes, if storylines were being set up for a different ending, or were leftover from these alternate scenarios. Needless to say, I'm dying to know who those near-villains were.

King told ET Online that she won't reveal which three (or four) characters made the A shortlist way back when until the series is officially wrapped, but would this be the Pretty Little Liars fandom if we weren't up for a little speculation? Here are a few educated guesses as to who some of those A runner-ups might have been.

Many people (myself included) were pretty angry that PLL's sketchiest, most handsome doctor had no part in the A game... but could he have, once upon a time, been one of the showrunner's top choices? She told Entertainment Weekly that Wren was "someone we really haven’t cast suspicion on yet," but given the massive amount of evidence to the contrary (see above video), I'm calling BS on this one.

Wilden may be dead, circa Season 4, but that doesn't mean he wouldn't have fit the bill pretty darn nicely. There are a ton of reasons why he would have been the perfect A, but alas... maybe in an alternate universe.

To be fair, Officer Reynolds is dead as well (or "dead," you never know on PLL), but if you lay out the evidence, he's actually a pretty strong candidate (I mean, what was the deal with that scary baby mask?). Plus, King chose her A at the beginning of Season 3, before Garrett ended up in a box — so he may still have been in the running once upon a time.

Remember how, near the end of Season 3, both Spencer and Toby were traumatically revealed as part of the A team? Well, according to Troian Bellisario, her short stint in the black hoodie was originally meant to be more long-term: In an interview with the podcast Bros Watch PLL Too, she said, "I was supposed to be dark for like, a long time, and that was something that actually the network got freaked out about." Honestly, I would've freaked out too.

Fans have long conjectured that Ezra (like Spencer) was originally meant to be a more serious threat. After nearly a whole season of suspicious activities (including a gas-masked tussle in Ravenswood, and a creepy cabin in the woods), it turned out that Ezra was only spying/creeping on the Liars in the name of writing a true crime novel. Disappointing much?

A few flashbacks aside, we still don't know much about what went down with Toby's mother, Marion Cavanaugh, at Radley... and LBR, Spoby 'shipping aside, the dude's always been suspicious. He also has one of the best bona fide motives when it comes to revenge on the Liars — they made his life a living hell, and landed him in reform school for a year. Could he have been one of the top three/four?

Come on, you know King at least considered pulling the whole evil twin thing on us.

Which three people do you think King and co. marked as potential A candidates once upon a time? At least we have one thing to look forward to on the fateful day when Pretty Little Liars comes to its final end.