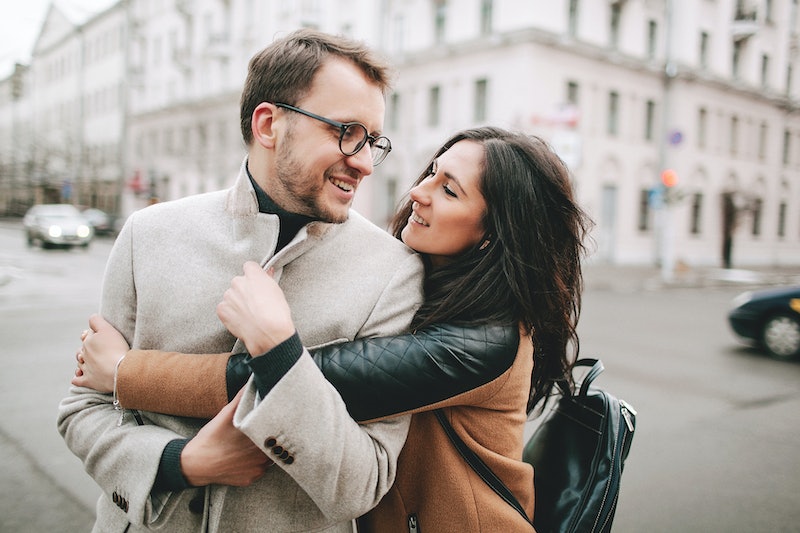 After the thrill of your engagement, wedding, and honeymoon subsides, you might find yourself in newlywed limbo, where nothing is quite like it was before you said "I do." Wedded veterans alternately describe the first year of marriage as either the hardest or best year of their union, which of course depends on every couple's individual experience during this transitional time.

It must be nice to go about your business oblivious to such a major life change once the papers have been signed, the cupcakes have been eaten, and you start getting mail addressed to your new name (even when you didn't change it), but for me, that was definitely not the case. As someone who swore up and down they'd never succumb to this hallowed patriarchal institution, my first year of marriage was a bit trickier. Sure I snagged a sweet, supportive, talented S.O., but do you have to call me Mrs. now?!

Granted, there were plenty of changes in the first year that also filled me with the warm and fuzzies, but, like everything, you gotta take the good with the bad. Here are eight things that happen during your first year of marriage, because they're just as much a rite of passage as putting a ring on it is.

1. Getting Used To Saying The Words "Husband" And/Or "Wife"

Is it just me, or are the words "husband" and "wife" the most awkward titles ever? Even if you totally dig them, at the very least, your first year together is going to be filled with slip ups where "boyfriend," "girlfriend" or "fiance" accidentally replace these "official" terms. Luckily, those who employ the gender neutral and comfortably vague "partner" don't have to change a thing.

I know, I know, people just care and want to see how you and your new spouse are doing, but sometimes the question comes with a veiled hope that everything might not being going OK. This is especially true when said question is posed by either a sour grapes single or married acquaintance, or anyone who wasn't down with your marital move.

3. You Stop Getting Invited To Certain "Singles Only" Events

Sadly, some friends will assume you don't want to go out trolling for ass at bars with them any longer. And while that might be true for some newlyweds, others will feel the sting of being kicked out of the single girls club for good.

4. You Check A New Box On Your Tax Forms

It's official! The government will now treat you differently, too.

5. Married People Welcome You To Their "Club"

So you've left single land, but you've been naturalized into married territory. Suddenly married friends and family members open up to you in ways they never have before, because now you "understand."

6. You Get The Side Eye If You Check Out Other People

No one should assume to know the arrangement a couple has, whether it be consensual non-monogamy or monogamy with the ability to you know, at least aesthetically appreciate other people without being deemed a creep. However, once you've walked down the aisle, casually commenting on some hottie at the beach might give certain folks license to shoot you a "look" — you know the one I mean.

7. Everyone Asks You When You're Having Kids

Last I checked marriage is not for the sole purpose of procreation, but, hey, what do I know? Whatever your thoughts on the subject, be prepared for an onslaught of friends, relatives, and total strangers asking you about your future children.

8. You Discover That Love Is Just One Part Of Actually Being Married

Loving someone madly can only take you so far. What the fairy tale endings don't include is that a lot of marriage is logistics, which is why the first year of marriage can be so tough. However, sometimes you can seamlessly combine passion and practicality, and that's when you know you're in it for the long haul.