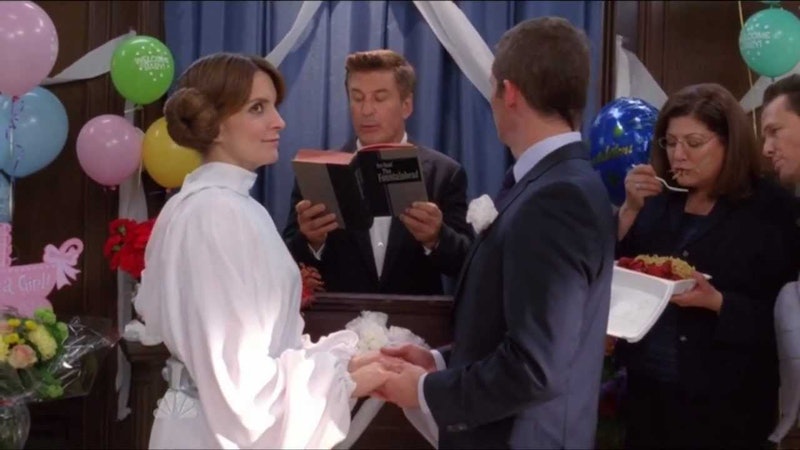 “What do you mean you’re still single? But you’re such a catch! You’re so beautiful and smart and witty – any guy would be a fool to pass up a chance with you! Maybe you should stop looking. They say when you stop looking, then love finds you. Someone is out there for you! There’s someone for everyone! You’ll see that!”

How many times have you heard that spiel from a family member or friend you haven’t seen in a while? If you’re single, you can pretty much expect to be subjected to some form of this tirade the moment your singledom is revealed. No matter who’s saying it, the language is so similar that you’d think there was a manual out there entitled How To Deal With The Single Person In Your Life.

It’s just as exhausting, annoying, and, frankly, condescending, as it was the last 93 times you heard it. You’re not an idiot. You’re well aware of the fact that you’re a catch, just as you’re completely cognizant of the reality that, yes, someday you’ll find the one (if such a thing exists). It’s all good; you’ve got this. For realz. And with some quick thinking on your part, you can stop the prodding before it goes on too long and too deep. Here are some ideas:

Distract by asking for seconds of that “amazing pie you made.”

Politely point out being killed in rush hour traffic would be less painful than this conversation.

Address all your awesomeness… you know, all the other stuff far more important than having a man.

If that doesn’t work, lick the closest light switch, or anything else for that matter. (People tend not to further question lickers.)

Quickly give the side eye and hope that your obvious boredom has been understood.

If it hasn’t, then try again.

Throw a tantrum that’s fairly reminiscent of a psychotic break.

Throw an even bigger tantrum that’s most definitely reminiscent of a psychotic break.

Turn the tables, and point out one of their “flaws.”

Collapse to the floor and start flopping around like a fish with food poisoning.

Sob uncontrollably. You are single, so you really should be crying all the time.

Just chug that shit like the champ you are.

And keep drinking until you’re creepy…

Or everything is soft and cuddly…

Then when you're all liquored up, ask "Must I revert to the usual response to this? Are you that obtuse?"

At some point, they should really pick up on these subtle hints. If not, then there's no hope for them, no hope for you, and the end is nigh. No one is going to care if you're single during the apocalypse.