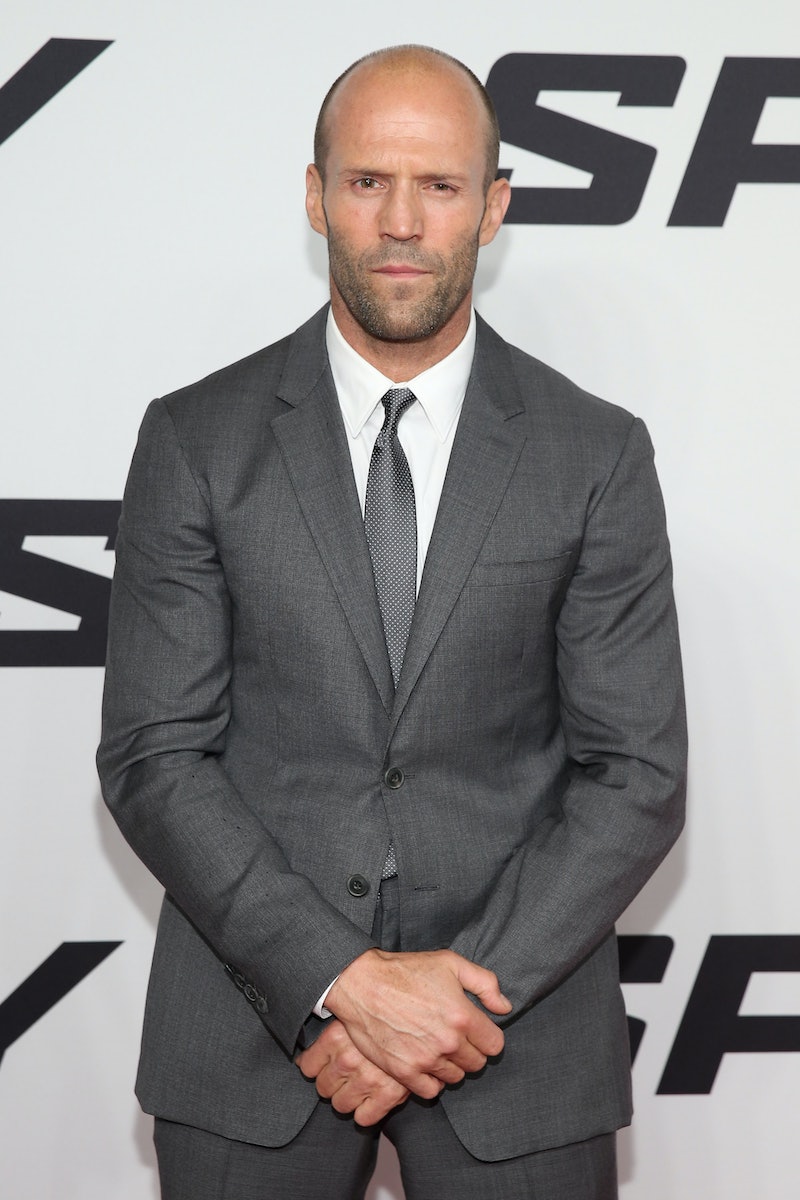 With all the buzz surrounding The Transporter reboot, The Transporter: Refueled, fans of the original action series are wondering: Where the hell is Jason Statham? Statham starred in the first three Transporter films as Frank Martin, expert driver and former special-ops mercenary, who offers his services to people who need a package 'transported,' no questions asked. In the reboot, however, the series' first new film since 2008's Transporter 3, Martin is played by newcomer Ed Skrein. Statham fans, fear not, though; you'll get to see him in theaters soon enough. Instead of starring in The Transporter: Refueled, Jason Statham's upcoming 2016 films will include Mechanic: Resurrection, a sequel to The Mechanic (2011).

So while Statham may be leaving The Transporter behind, the action star isn't abandoning all franchises — far from it. After starring in two major box office hits in 2015 — Spy and Furious 7 — Statham will reprise his role as Arthur Bishop, a hit man who specializes in killing people and making it look like an accident, in Mechanic: Resurrection. So although Transporter fans may be disappointed that they won't even catch a glimpse of Statham in the film (Skrein told Variety that he had no interactions with Statham during filming, which suggests Statham had no involvement in the reboot), they can be assured he'll be leading another franchise in no time.

The Mechanic sequel features an all-star cast, including Tommy Lee Jones, Jessica Alba and Michelle Yeoh. (Just imagine the beauty of a Statham/Yeoh fight scene.) No footage of the film has been released, and unfortunately Mechanic: Resurrection isn't scheduled for release until Aug. 26, 2016 — a whole year away! There is, however, a nifty poster and tag line: "They Hired Him. They Betrayed Him. They'll Pay." Here's the official synopsis:

"Arthur Bishop (Jason Statham) returns as the Mechanic in the sequel to the 2011 global hit. When someone from his past forces him back into the business, Bishop has to complete an impossible list of assassinations of the most dangerous men in the world."

After that, the only other film listed on Statham's IMDB page is Furious 8 , the planned follow up to Furious 7 . Statham is expected to reprise his role as the big bad, Deckard Shaw, set on avenging his brother's death and taking out Dom (Vin Diesel) and Hobbs (Dwayne Johnson).

Statham first joined the Fast and Furious franchise at the end of Fast & Furious 6, but his character really came to life in Furious 7 , in which he went head to head against Vin Diesel in easily one of the most gripping fights of the series. The actor confirmed he'd be back for a Furious 8 in June, telling Access Hollywood, "We're already talking about doing another one, Part 8. I'm a newcomer, I just got invited to the party in this last one, so it's nice to know I'm going to be doing another."

Statham has also spoken about a potential sequel to Layer Cake, titled Viva La Madness , but no official details have been released. Finally, if there is any justice in the world and Hollywood gives a Spy sequel a green light, I'm sure I'm not the only one holding out hope that Statham will return to play the comically tough super agent, Rick Ford. Whatever Statham does next, it's safe to assume he'll be kicking ass and look good while doing it.