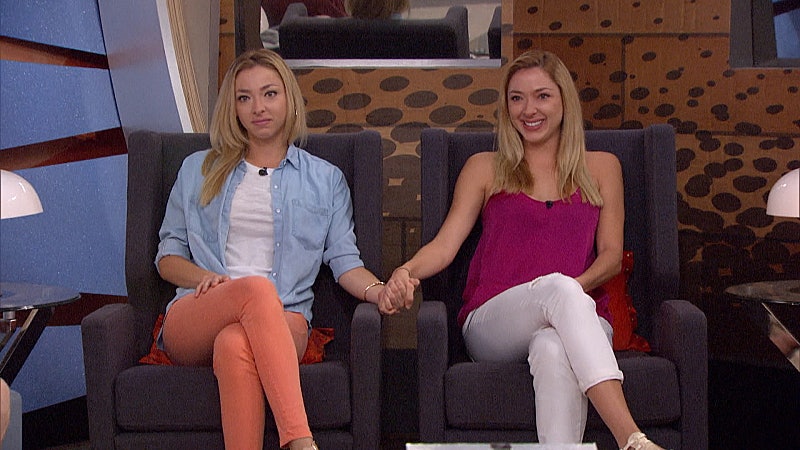 If you spend more than a minute watching an episode of Big Brother 17 , one thing becomes clear very quickly: Liz and Julia are kind of mean when they’re alone and together. And it happens most frequently when they are talking about other players: They get kind of nasty, and not a single person is spared — not even the people they are close with. Vanessa, Steve, even Austin have been the subject of their harsh banter. But lately, I’ve been watching the two of them tear apart the other houseguests and wondering if they’re actually being mean, or if they’re just being entirely human.

Because, who else can you be more real with than you sister? I can’t talk to anybody in the same way that I can talk to my sister, and there are a number of years between us: I can’t imagine if we had also been shared a womb. There is an undeniable connection that sisters share. Even if you don’t have a sister you can probably imagine it. If you were stuck in the Big Brother house with a ton of betrayal happening around you and you were lucky enough to have your best friend there, don’t you think you’d be having similar kinds of conversation?

So maybe it’s not that Liz and Julia mean are mean, per se. Maybe it’s just that they can be more honest with each other about the other players than anyone else in the house can be. Think about it: Everyone else has to be super careful about what they say, how they say it, and who they say it to — even Liz has to watch what she tells Austin now that he’s established that he’s playing for himself. But, your sister? That is the one person you can be completely open with and not have to worry that it will come back to haunt you in the game or in the jury house.

So, when they two of them talk about how bad Austin is at kissing, or how disgusting his beard bun is, I don’t really think that it’s mean, even though it kiiiinda is. I just think it’s the two of them saying the things that are on their minds that they can’t say to anyone else in the house.

When it comes to building relationships with the houseguests, Liz and Julia are completely sincere about it. I mean, Liz cried when Steve talked about the bonding moments they’ve shared, even as he was putting her up on the block. And even though she was totally buggin' that Austin paraded his eeto victory around the house after she had lost, she not only talked to him calmly about it, but she forgave him really quickly.

Would a mean girl let it go so easily and crawl into her boyfriend’s bed because she missed him after a few hours of fighting? Probably not. A mean girl would definitely make him pay. But that’s not who Liz is, and it’s not who Juila is either.