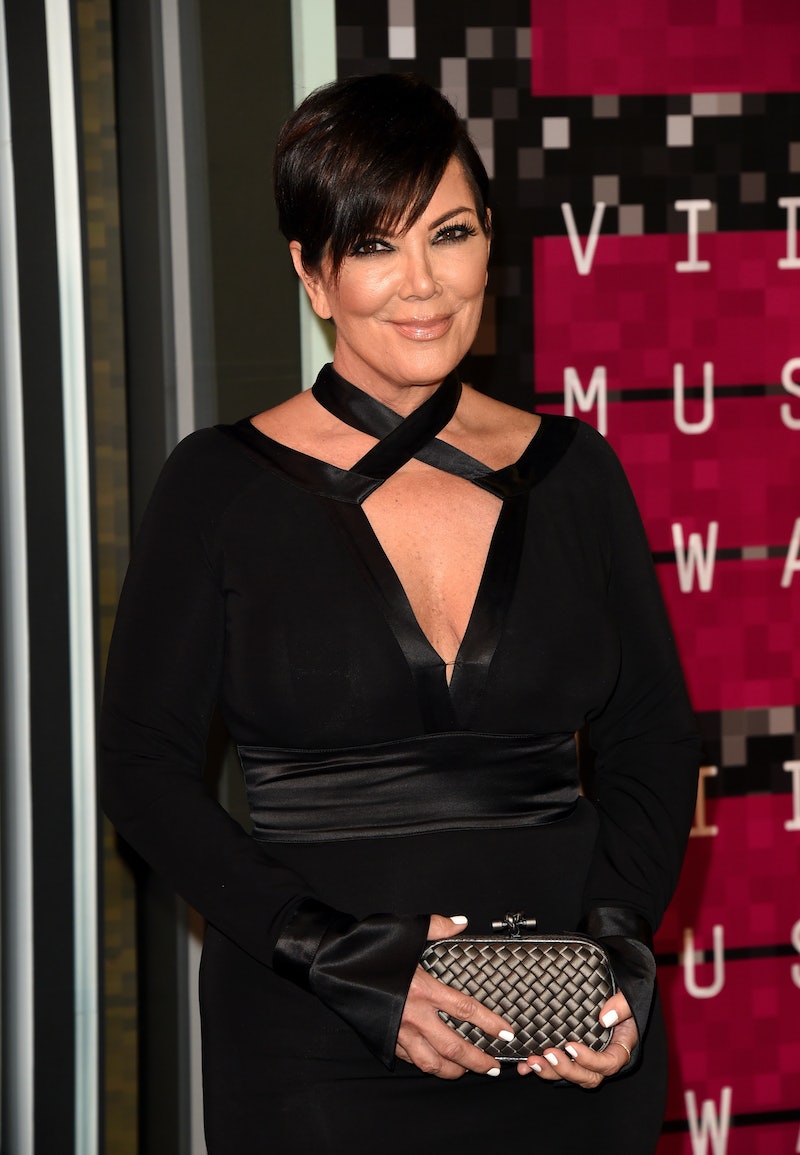 As much as the Kardashian-Jenners post about their personal lives on Instagram and Snapchat, there's still so much about the family that we don't know. Sure, you may argue that their lives are an open book (considering Kim Kardashian literally wrote an entire book filled with selfies), but that doesn't mean we actually know what's going through their heads. One situation that is undeniably tough to understand? Kris Jenner's relationship with her ex, Caitlyn Jenner. Not only is Caitlyn's transition a personal journey, but it affects her family as well (as seen in episodes of the fam's various TV shows). In a recent interview with People, Kris Jenner opened up about Caitlyn Jenner and the current state of their relationship. Said Kris,

It's good. It's fine. You know, it's a process. I think everything takes a little bit of time. We're still family. We still have kids together. And it will work itself out.

Honestly, I think that's a really respectable response. Kris' optimistic outlook — that things will eventually work out — is commendable. While people are quick to judge the Kardashians star and her behavior, it truly does seem like she's adapting the best she can and putting family first (a family which includes Caitlyn). It's an admirable attitude.

In that same interview, Kris revealed she hasn't yet watched the footage from last week's episode of I Am Cait, where she and Caitlyn have a heartfelt conversation about Kylie Jenner's graduation party. In the clip from the E! show, Kris and Caitlyn both shed tears over feeling hurt by one another. Speaking of that moment with People, Kris said, "I haven't watched it yet because it's hard." That last part seems to sum up the whole situation perfectly: it's difficult — for everybody involved.

Yet while the former spouses may have been crying in the aforementioned I Am Cait episode, some good news is that things seem have seemingly improved since then. Caitlyn may have been excluded from Kylie's graduation party, but both parents were present at Kylie's birthday and even took a selfie together. In the Kardashian world, that's the first step towards reconciliation, right?

The main message here: Family comes first. Things between Caitlyn and Kris are probably painful and awkward at times, but at the end of the day, they're supportive of one another. It's great that they're handling the situation amicably and coming together for their kids. Props to Kris for not being afraid to admit that it isn't easy, but still trying the best she can.