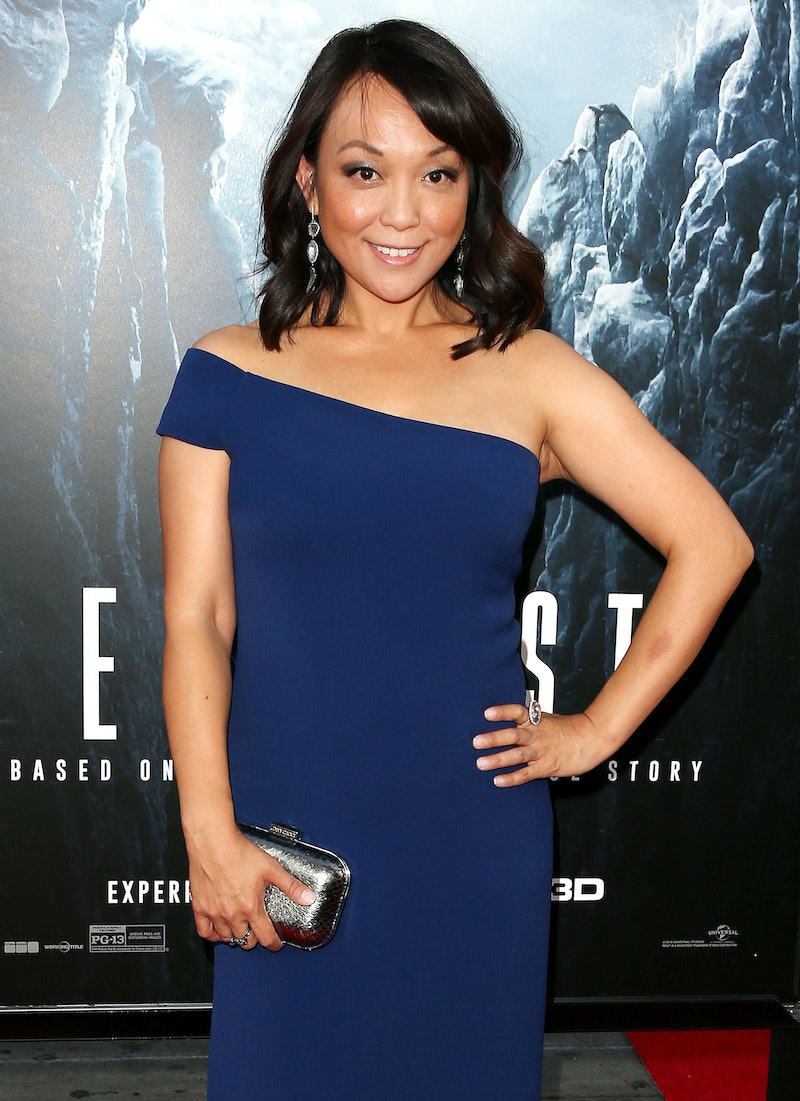 One look at the trailer for Everest , and you'd think that no women have ever climbed to the top of the legendary mountain. Of course, it's not completely Hollywood's fault — the film is a retelling of the famous 1996 Mount Everest disaster that led to the death of eight people, the majority of which were male. Yet despite what the trailer might have you believe, there are female climbers featured in Everest — most notably Yasuko Namba, played by Naoko Mori. Does the actress look familiar? She should: if you're wracking your brain to try to figure out where you've seen her before, the answer is: Spice World . Yes, the Everest star as immortalized on film in the 1997 classic about the Spice Girls.

The character Mori plays in Everest, Namba, was the second Japanese woman to ever reach the Seven Summits, Everest being her last and final climb. Namba died on her descent at the age of 47, just after becoming the oldest woman to reach the summit of the mountain. It's a role to surely resonate with audiences, but for many, it won't be the first time a Mori character has played a powerful (albeit a bit less realistic) part in a film. (Hey, Spice World is important, okay?) Here's Mori as nine-months-pregnant Nicola with Baby Spice in Spice World.

For American fans, Spice World may be Mori's most recognizable role (although she also played Toshiko Sato in Torchwood and Doctor Who, as well as Sarah in Absolutely Fabulous). Nicola was one of the girls' best friends, and while she didn't sing or dance, she did have a baby on the way, and she almost gave birth on the Spice Girls' epic tour bus!

Mori isn't the only supporting actor in Spice World who you might've recognized later on for other roles. Here are some other familiar faces you might remember from the '90s classic:

Sure, Cumming's star was already on the rise when he was cast as Piers in Spice World, but it's still worth remembering that he played the documentary film director who followed Sporty, Baby, Ginger, Scary and Posh around on their wild adventures. Currently, you can see this Spice World co-star playing Eli Gold in The Good Wife or hosting the Tony Awards with Kristin Chenoweth.

Richard E. Grant, aka Simon Bricker on Downton Abbey and Jasper on Girls, played the Spice Girls' grumpy manager, Clifford, in Spice World. It's a strange thing to watch Grant going toe-to-toe with the Spice Girls, before moving on to the Crawleys.

If you're a Spice Girls fan, you remember this iconic photoshoot montage from Spice World , which ended with the members switching up their "Spice" identities. But did you know that the cute photographer was actually played by Dominic West? West went on to star in Chicago, The Wire and The Affair, but the fact that he shared the screen with legends Emma Bunton, Mel B., Mel C., Geri Halliwell and Victoria Beckham is definitely his claim to fame.