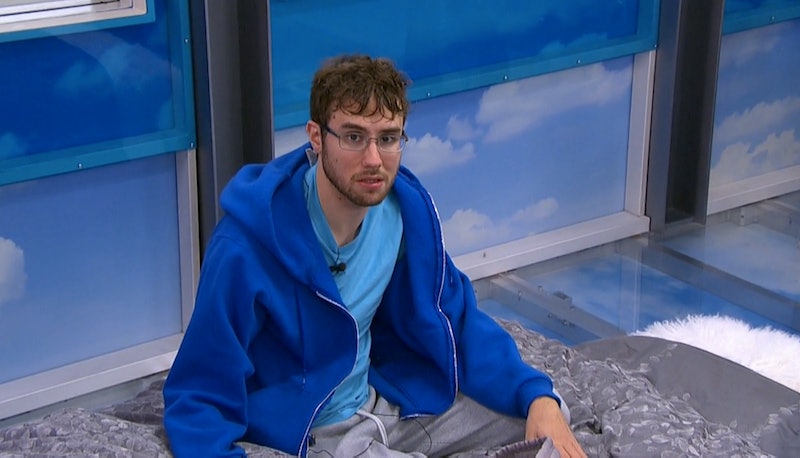 Being manipulated sucks. Realizing that someone you placed your trust in does not have your best interest at heart is one of the most devastating things a person can go through, and it's exactly what Big Brother is built around. Vanessa's manipulative tactics have struck the entire house at one point or another, and Steve seems to be the latest victim. His game had been going well for a while, until he made a crucial mistake. Steve threw the Power of Veto on Big Brother 17, allowing Vanessa to win and thereby giving her the opportunity to evict his closest ally, John. Steve realized he made one of the biggest mistakes of the season by throwing it to her and confessed his thoughts on the matter in an emotionally raw conversation with the camera the evening before eviction.

Steve's camera conversations have run the gamut of emotion from heartwarming to hilarious, but in his most heartbreaking confessional yet, he broke down while he analyzed the consequences of the decision he made by allowing Vanessa to win the Power of Veto. At no point does he say what made him throw the Power of Veto, or if there was anything explicit Vanessa did to convince him to do that, but Steve seems to feel as though he's at Vanessa's mercy.

Over the course of his breakdown, Steve:

He makes all of these points while weeping and holding on to CocoBear (his teddybear). Steve makes all of these claims in an incredibly emotional state, so it's likely that many of them were exaggerated. Aside from the obvious (Steve's mom loves him and is definitely proud of him), Steve may still be able to pull off a victory this season if he's smart and plays his cards right. As long as he can convince Liz to take him to final two, Steve has a good shot at winning.

Steve may also be exaggerating about "throwing" the final PoV, and may just feel like he threw the competition. After spending an entire summer in a paranoia-filled house, it's not unreasonable for someone to doubt their own motives by the end, and suspect that they were convinced to not do their best in a competition. However, he clearly feels as though he threw the veto and made a huge mistake, and it's absolutely heartbreaking to watch him beat himself up over it.

WARNING: The video below features an adorable boy holding a teddy bear and crying. Not safe for the especially empathetic.

Steve is in a really difficult place right now, but he's a lot stronger than the boy who entered the house in Week 1 and put up with Jace's bullying session. Steve was even mature enough to acknowledge that he needed to "Accept that [he] made a mistake, and move forward." He's a good player — there's no way he would've gotten to the final four otherwise. Almost every great player messes up at some point, and this could just be the mistake that ruins the game for Steve, but that doesn't mean he should feel guilty or upset at himself. Besides, If Steve is able to make this mistake and bounce back from it, he could go from being just another Big Brother winner to an all-time great.