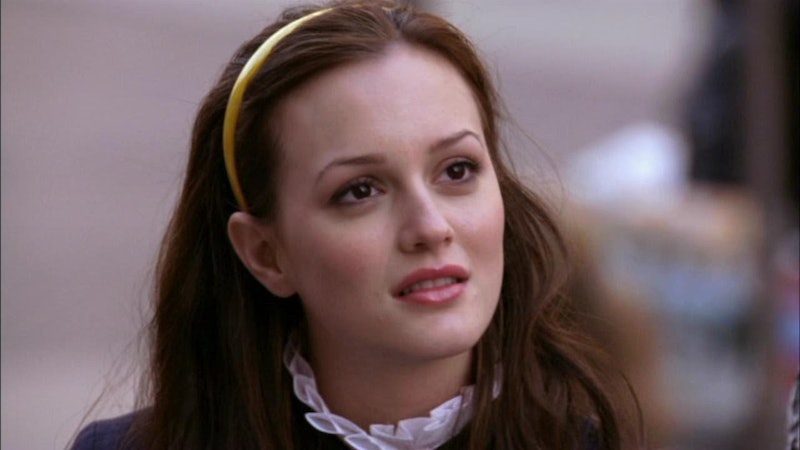 There were a lot of blissful things about going to high school in the 2000s. I mean, sure, if you were going to high school in the late 2000s, "Lizzie McGuire" was off the air and the rise and fall of The Luck Of The Irish's popularity had pretty much tapered out. Still, as ruffled skirts came into our lives, and scrunchies filtered out of our lives, there were a few things that were bound to go wrong. When we had curfews for the computer (because there were shared computers and computer time had to be monitored strictly by parents), we were always bound to encounter a few worst nightmare scenarios. Like all those AIMs from that cute guy that went unanswered after 11 P.M. because it was time to "GET OFF THE COMPUTER NOW."

I babysit occasionally, and you should see what the kids are working with these days. They color on iPads and have their own little kid laptops. I can’t even imagine what life is going to be like by the time they get to high school, but you can bet that they won’t have parents worrying about Facebook privacy notifications, because parents are going to have bigger fish to fry. They’re going to have to sure their kids aren't getting incepted (or at least are going to have to be careful when their nine-year-olds get an Instagram). But instead of dwelling on our eventual doom, here's a throwback for you — 12 of the worst nightmares for people who went to school in the 2000s:

1. That You'd Get Caught Reading The Clique Series Below Your Math Text Book

Or, depending on when you went to high school, while reading Stargirl, Walk Two Moons or Harry Potter.

2. The Screen Cracking On Your Razr Phone

You were stuck texting at weird angles for the next year and a half because your brother had already used the family upgrade.

3. When Your Parents Wouldn't Let You Shop At Abercrombie

Aka, when your parents tried to ruin your life.

4. Or When They Wouldn't Let You Watch "American Idol"

"But Mommmmmmmm! I really think Kelly Clarkson is going to win this year!"

5. Not Having A CD Burner (Or Breaking Your Discman)

Because, like, how would you burn discs for your best friend/crush? And how would you listen to the mixes they made for you without having to show your parents the inappropriate songs? Everyone knows you only had a disc man because it was the way to listen to music without parental supervision.

7. Getting Too High At The Third Eye Blind Concert

Don't lie, you've been there.

8. Missing The Disney Channel Premiere Of Get A Clue

We all know that was Lindsay Lohan's peak (and that we wanted all of her spy gear).

9. Your Bell Bottoms Wouldn't Be White-Washed Or Flared Enough

They needed to be the perfect shade of baby blue denim, and heaven forbid they should be too dark or closer to white than blue.

10. Your Bell Bottoms Would Be TOO Flared

Almost as embarrassing as not flared enough.

11. Your Parents Would Show Up Early To The Dance And You'd Have To Leave Before They Played Dirty Pop

You had a whole choreographed routine.

12. That Rory Wouldn't End Up With Jess

When he shows up at Yale? When she goes to visit him in Philly?? COME ON.