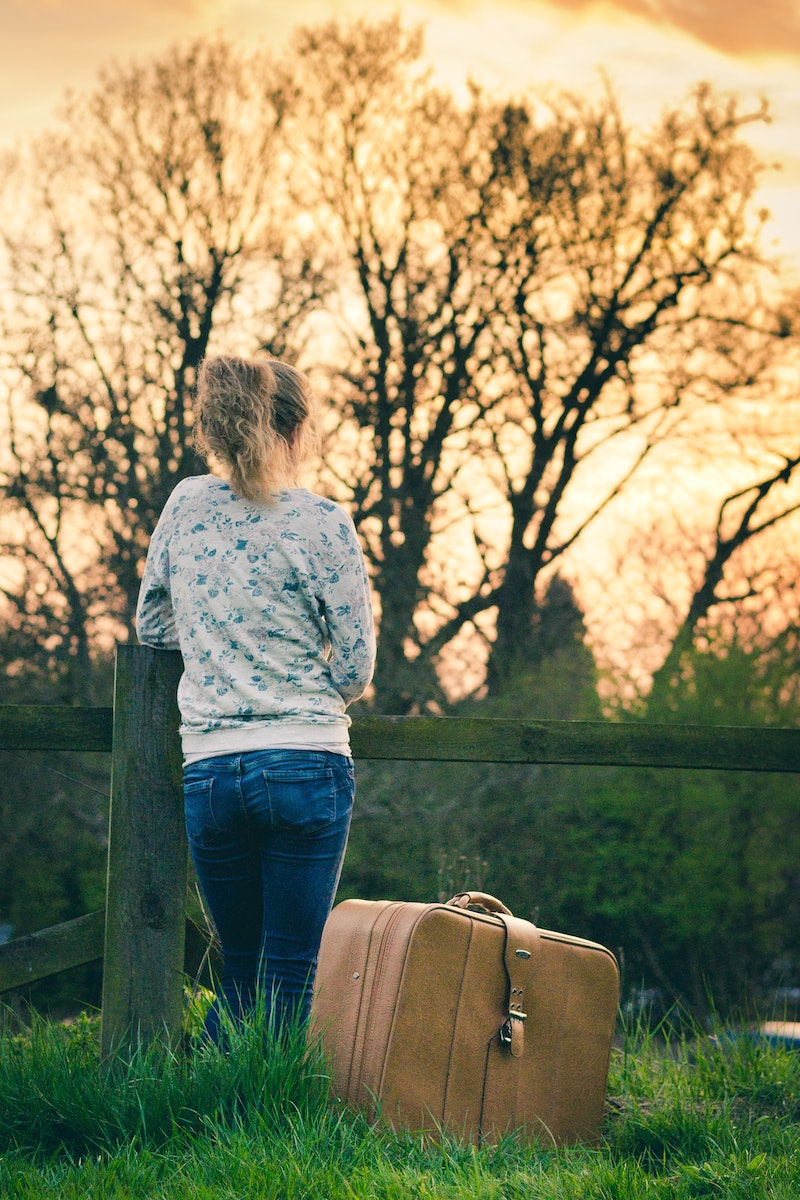 Once upon a time, science would have told you that having kids before marriage was a quick and easy way to doom your relationship. However, new research shows that unwed couples who have children are no less likely to divorce than couples who wait to have kids until after tying the knot. The researchers drew their conclusions from two periods' worth of data from the National Survey of Family Growth, which is run by the Centers for Disease Control and Prevention. The "earlier period" included 2,656 couples who had children between 1985 and 1995, while the "later period" was comprised of 3,046 couples who had children between 1997 and 2010. The survey respondents — women of childbearing age in the US — answered questions about their relationships and family formation.

In the earlier period, 17 percent of couples had children before marriage; of those, 21 percent married within one year, and a further 59 percent went on to marry within five years of having kids. Those who cohabitated, had children, and then married were 60 percent more likely to divorce than those who got married before having kids.

During the later period, the number of couples who had kids before marriage doubled, to 35 percent. However, fewer of these couples married after having kids: 15 percent wed within one year, and 48 percent tied the knot five years after having kids. The good news? Divorce rates were lower in the later group, even after researchers controlled for socio-demographic factors that could influence marital behaviors and risk of divorce (such as race, education levels and whether or not the participants lived with both biological parents until age 18).

The only unlucky-in-love couples from the later group were cohabitating parents who never married: Thirty percent of these couples were separated within five years of having kids, a breakup rate twice as high as the married couple rate during that period.

"There's less social pressure now to marry [before having children]," said study researcher Kelly Musick, an associate professor of policy analysis and management at Cornell University. "Couples are establishing their relationships and maybe considering marriage, but not worrying so much about marriage before starting a family."

This might be related in part to the fact that marriage rates themselves are dropping thanks to Millennials, who are waiting longer before heading to the altar (or not going at all). Instead, more young couples are perfectly content to live together without making things legal.

"The increasing stability of relationships involving cohabitation and the declining importance of marriage timing relative to parenthood is consistent with waning social pressure to marry and the blurring of boundaries between marriage and cohabitation," Musick told Live Science.

While having kids before marriage might no longer be a relationship no-no, there are still factors that could increase your risk of divorce. Here are five things science says make you more likely to get divorced. Remember, these are just stats and you're not doomed if you fit the bill on these. You do you.

Just when you thought politics couldn't possibly interfere with your relationship beyond the occasional argument at dinner. Apparently, couples who live in red states are 27 percent more likely to divorce than those who don't. This phenomenon might occur because people in these states tend to marry younger, which could mean couples are rushing into marriage, thus putting the long-term success of their relationship at risk. That doesn't mean you have to pack up and leave the state you're in: Instead, consider waiting until later in life to get hitched, when you really know yourself and know what you want.

If you're a woman who's lived with more than one boyfriend before finally getting married, beware: You're 40 percent more likely to get divorced than a woman who has never done so. According to a study from Brown University, "playing house" with more than one person before marriage can give living together a sense of impermanence, as though you can just "leave" at any time, as you've done in past relationships.

Apparently, old habits (like divorcing) die hard: Second and later marriages are more perilous than first marriages, studies have found. In theory, later marriages should be more successful, because you know what mistakes to avoid the second (or third, or fourth...) time around; unfortunately the data doesn't support this hypothesis in practice, perhaps because you have unrealistically high expectations of your "replacement partner" that may not be fulfilled.

5. Hanging Out With Divorced Friends

As if the messiness of breakups weren't bad enough already — apparently they're also contagious. According to a 2010 study by Brown University, if an immediate friend or colleague of yours gets divorced, your own risk of following suit increases by 75 percent. In a sad, twisted way, it makes sense: The researchers posited that breakups within friend groups cause others in the circle to question their own relationships, which in turn could cause even more breakups to occur.

More like this
It's A Pleasure #53: Help! My Boyfriend Won't Tell Me Why He Stopped Going Down On Me
By Sophia Benoit
10 Ways To Be More Empathetic To Your Partner
By Raven Ishak and Lexi Inks
The 19 Best Tweets & Memes About Bisexual Awareness Week
By Lexi Inks
8 Signs Your In-Laws Might Be Toxic
By Kat Kuehl
Get Even More From Bustle — Sign Up For The Newsletter