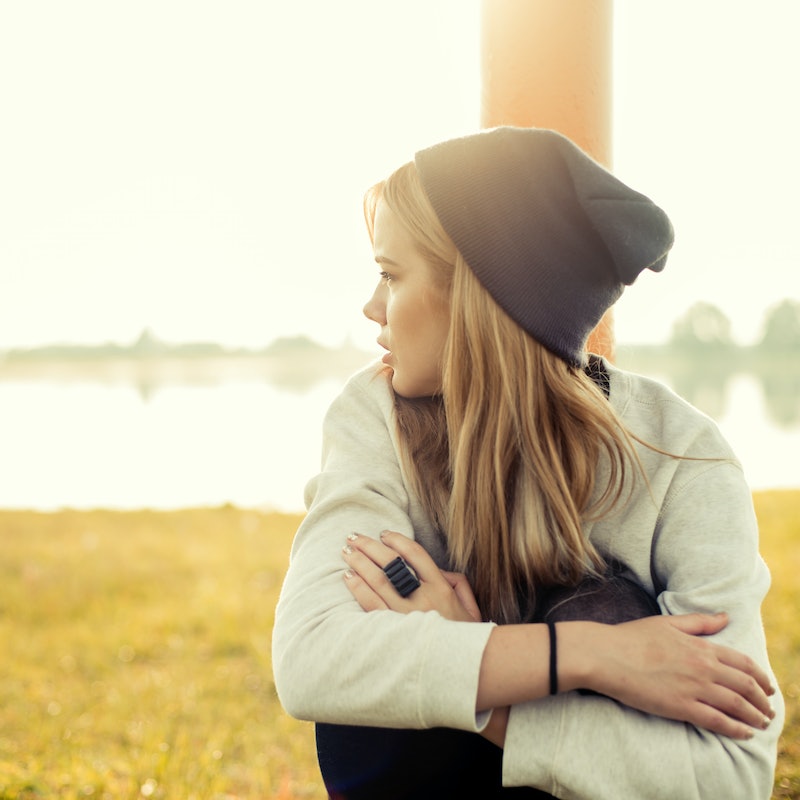 For every high profile woman like Amber Rose, Kim Kardashian, and Rihanna who gets slut-shamed, there are thousands of regular women who suffer the same abuse from friends, family, co-workers or strangers. Although there isn't the same level of violence associated with prude-shaming, it's still a ubiquitous phenomenon that polices how women choose (or don't choose) to express themselves sexually, which makes it equally problematic — just in different ways.

A recent article in The Guardian argues that in the sexualized atmosphere created by popular culture and promoted by mainstream media, figuring out an authentic sexuality is tough, particularly when there is pressure to conform to certain standards of what "sexy" is. It's hard to argue with that, particularly when there are cases of young people who report being ostracized for choosing chastity instead of promiscuity (or something in between). However, because abstinence-only sex education is still a major issue in the United States, there are clearly plenty of Americans being praised for saying no to sex. That said, sex positivity shouldn't mean forcing sex on anyone, either. It's important that we show acceptance for a multitude of sexual expressions, because although being labeled a slut is dangerous, being labeled a prude is no picnic either.

Here are five ways that prude-shaming could have potentially dangerous repercussions:

1. It Could Force You To Engage In Sex Before You're Ready

Sex can be thrilling and pleasurable, but if you're not ready, it can completely overwhelm you. Psychology Today cites research that shows kids who have sex before 13 are more likely to have unprotected sex and use drugs.

2. It Could Lead To STDs

If you feel pressured to have sex because you're getting a hard time for not having enough of it, you might rush into a risky situation and not use proper protection.

3. It Could Make You View Sex As A Competition

How and where you prefer to get pleasure is nobody's business but your own. Prude-shaming attaches a competitive spirit to sexual activity which inspires folks of all genders trying up their number as if it's a measure of their worth as a person.

4. It Could Cause A Lot Of Heartache

Sex brings on an eruption of bonding hormones, and if you're only having sex to feel "cool" or because you've been peer pressured into it, there's a chance you won't be ready for this side effect. Sure, hearts can heal, but without prude-shaming, you might not feel you had to engage in any kind of activity to feel validated in the first place.