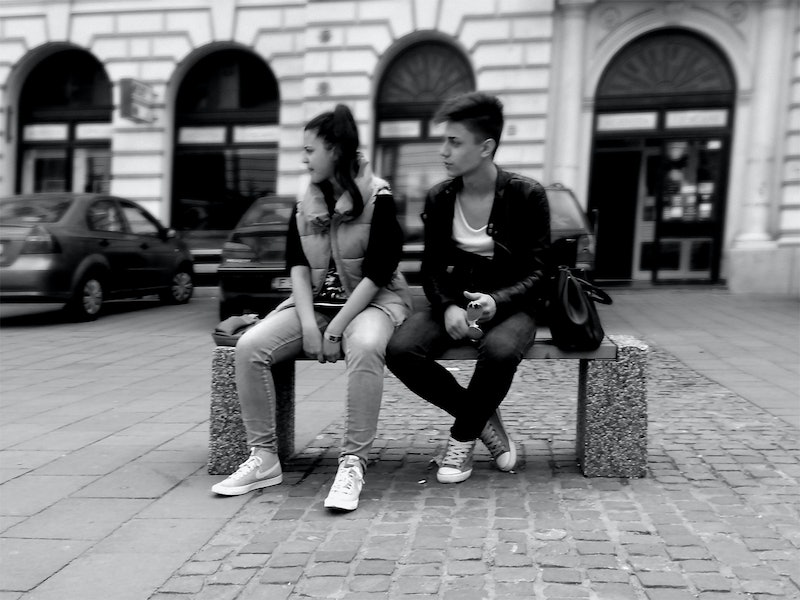 No matter how much my siblings may have annoyed me through the years, it hurts me to think of them in pain — and it really hurts me to think of any of them silently suffering from depression. If you feel the same way about your siblings, and you're concerned that they may be suffering from untreated depression, know that you can help them. By learning how to spot the signs that your brother or sister is depressed, you'll be able to encourage them to get the treatment that they need — and as a sibling, you're in a uniquely powerful position to help them.

According to the World Health Organization (WHO), more than 350 million people worldwide suffer from depression, and an estimated one million deaths per year occur due to severe, suicidal depression. What makes this all the more heartbreaking, however, is the fact that depression is extremely treatable if you're able to seek help.

That said, we all know the stigma surrounding mental illness and depression is still prevalent in our culture, and this often discourages people from acknowledging their depression symptoms and asking for help — so having people in our lives who know how to spot the signs of depression and encourage us to get treatment is crucial. And as a sibling, you have the advantage of being able to talk to your brother or sister about their depression as someone who is family but not a parental figure — so they may be less likely to dismiss your concern as you trying to butt into or control their lives.

If you think your sister or brother might be struggling, read on to learn seven signs that your sibling may be depressed and take the first steps to helping them get help.

We're all unhappy sometimes. Obviously, your siblings are going to occasionally go through things (like breakups, career losses, and other major life changes) that might make them feel and act down for a couple of weeks, just like anyone else.

And some people are just naturally less bubbly than others — and you certainly know where your sibling falls on the bubbliness continuum. But if they seem unusually unhappy every time you see or call them, no matter what the external circumstances in their life seem to be, then they could be suffering from depression.

Pay attention to your sibling's mood — if it stays consistently low, ask them about it.

2. They Talk About Feeling Worthless

Again, I think all of us feel worthless at times. But if your sibling has been saying they feel worthless for a while, then you need to take notice — and tell them they're wrong. Consistent feelings of worthlessness are a hallmark of depression, and can lead to feelings of hopelessness and guilt, too — which can erode your sibling's self-esteem until it's virtually nonexistent.

Don't write off these comments (even if you think they can't possibly be serious) or just hope they start feeling better on their own. Talk to your sibling if they're feeling worthless, support them, and love them — but also encourage them to get help if their self-worth stays consistently low.

A major indicator that someone is suffering from depression is an uncharacteristic loss of interest in the activities that they used to love. Depression is brutal in this way, because it will strip the joy from things that used to lift your spirits, thus making sufferers feel helpless, and adding to the feelings of worthlessness and hopelessness that we were talking about above.

So if your brother or sister used to play tennis daily and now they won't even touch a racket, then something is definitely up. If they used to love going out with friends and now they won't leave their couch, don't just accept that they've suddenly decided to be a homebody — ask them about their sudden loss of interest, listen to what they have to say, and then encourage them to get help.

4. Their Eating Habits Are Off

The mind and body are connected (obvs), so if you're around your sibling regularly enough to know what their eating habits are like, don't ignore any major changes in that arena. If your sibling usually only skips meals when they're crazy busy, but lately they've been skipping meals frequently and for no apparent reason, something is wrong. If they're indifferent to snacks that used to be their favorite foods, don't ignore that change.

Conversely, if you notice your sibling eating way more than they normally do, and there's no physical cause for it like a new intense exercise regime, that also doesn't bode well for their mental health. Drastic weight fluctuation and changes in appetite are both signs of depression — so if your sibling's eating habits are super off, it's quite likely a physical symptom of their undiagnosed depression.

5. They're Tired All The Time

Depression seriously messes with a person's sleep patterns and energy levels — and unfortunately, whether depression causes a person to get way more sleep than usual or way less, they're still going to feel fatigued pretty much all of the time. So if it seems like your sibling is constantly exhausted, and there doesn't seemto be any logical explanation for it, depression could be to blame.

Ask your sibling how they're sleeping, and if their answer is disconcerting, encourage them to talk to their primary care physician or a mental health professional about their sleep patterns.

6. They Can't Seem To Focus

When you're not sleeping right, you're not eating right, and you feel consistently worthless, you're not going to be able to focus, of course. So if you notice your sibling is less focused than normal, don't assume that their mind is just elsewhere — ask them about it.

Of course, their inability to concentrate could simply be due to a budding romantic relationship or upcoming job interview — but it could be also be a sign your sibling is depressed and needs you to reach out to them. Ask them what's going on, and support them no matter how they answer you.

7. They Talk About Death & Suicide Often

Talking about death on occasion is totally normal (healthy, even). And sometimes people do make admittedly weird but harmless jokes about killing themselves — and even if they're in poor taste, those kinds of jokes aren't necessarily a sign of depression.

If your sibling feels ill at ease with doctors, or is ashamed about the idea of openly acknowledging their depression, you can start off by just talking to them and listening to what they have to say. Then, you can ask them to take this online quiz by the Anxiety and Depression Association of America (ADAA) so they can have a shame-free, private way of screening themselves for depression.