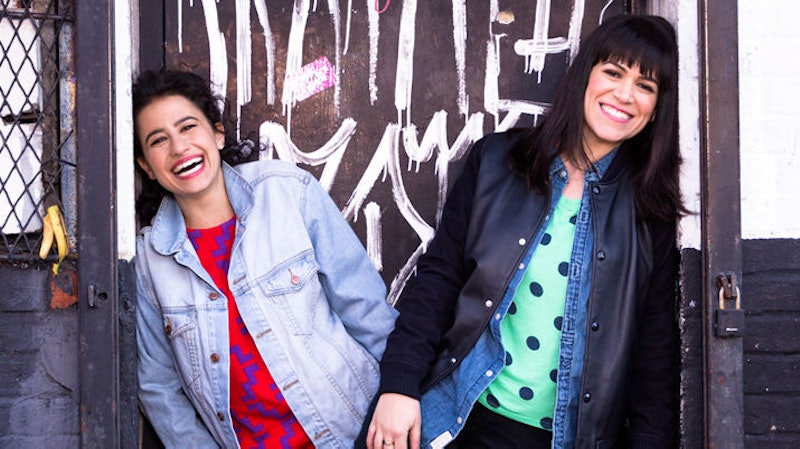 "She's so real." "She's so chill." "What a cool girl." During the rise of Jennifer Lawrence and other "candid" female celebrities, it became commonplace to hear women talked about in this way. I used to see this "chill personality" as a goal to strive for. But soon I got so caught up in trying to be the "Cool Girl" that I forgot to be myself.

When I was in high school, I believed that an hourglass figure was the epitome of womanhood. This of course, is not true, but at the time I was unsatisfied with my narrow hips. I made up for a self-perceived lack of a “womanly body” by acting in a way that many would falsely categorize as “girly.”

A hangout with my girlfriends often consisted of trying on different outfits, taking photos on a webcam and staring at ourselves in the mirror while making self-deprecating remarks. Sure, we had real conversations about life. But in that context, I didn’t feel fully able to speak about everything that was important to me.

Then I went off to college. I made a new set of friends, and instantly felt comfortable talking to them about subjects that had made many of my friends from home recoil. Within the first few days of New Student Orientation, I was already opening up to people about my struggles with my biracial identity. As our friendships grew, we talked about society, intersectional feminism and pretty much any topic that came to our minds.

My new friends got a kick out of my “girly” habits. I could be sure to receive some playful jabs when I took mirror selfies, or applied makeup just to go to the library. This led me to gradually drop the whole “hyper-girly” act. I was happy with the way I was changing because a large portion of that “feminine” demeanor hadn’t reflected who I really was.

I soon decided I wanted to be the girl that was “just one of the guys.” I began to strive to be perceived as “a guy in a hot girl’s body” (I realize in retrospect that saying this as a cis woman was insensitive to trans people, since I’m happy identifying as a woman.) I wanted to make sure that I was acting as “genuine” as possible. I wanted to be the woman who had a hearty appetite but a typically “attractive” figure, who wasn’t afraid to talk about bodily functions and who would never get offended by anyone’s harsh jokes.

One of my biggest fears was appearing dramatic. If I ever allowed my emotions to get the best of me, especially in a situation with a man, I would claim it was a fluke. I would apologize and say “I’m not usually dramatic, I promise.” While I don’t enjoy conflict between people, I definitely do have a way of being dramatic. I tend to overthink things, which leads to non-clinical anxiety and causes me to act in irrational ways.

In spite of these habits, I tried to feign a laid-back personality. I bragged that my drink of choice was beer, a try-hard comment that my friends and I laugh at in retrospect. (More accurately, they laugh and I die of a cringe attack.) I said “dude” a lot. I brought up topics that would often be considered inappropriate. I walked around in sweatpants and no makeup. I stopped taking selfies. Above all, I didn’t want to seem “fake.” Because to me, fakeness was the epitome of being “girly.” I’m not exactly sure when, but somewhere along the line I had developed a flawed mindset that placed femininity and “coolness” on opposite sides of a made-up spectrum. And my goal was always to be the “cool girl.”

I later learned that there was (and still is) a concept called the “Cool Girl trope.” No wonder I had all these ideas of how a woman should be — they were scattered all throughout popular culture! The phrase was first coined in Gillian Flynn’s book Gone Girl, particularly in the following passage:

“Men always say that as the defining compliment, don’t they? She’s a cool girl. Being the Cool Girl means I am a hot, brilliant, funny woman who adores football, poker, dirty jokes, and burping, who plays video games, drinks cheap beer, loves threesomes and anal sex, and jams hot dogs and hamburgers into her mouth like she’s hosting the world’s biggest culinary gang bang while somehow maintaining a size 2, because Cool Girls are above all hot. Hot and understanding. Cool Girls never get angry; they only smile in a chagrined, loving manner and let their men do whatever they want. Go ahead, shit on me, I don’t mind, I’m the Cool Girl.”

Okay, so maybe I wasn’t striving for these exact qualities. Having a love of sports and being sexually adventurous were too far from reality for me to even attempt. But the general idea of the “Cool Girl” was largely similar to who I was trying to be.

It soon became clear to me that I was too concerned with how men perceived me. I was, after all, attempting to fit a trope that was based upon the way men view women. I initially thought I was doing something revolutionary, engaging in a feminist act. After all, I was no longer embodying the hyper-feminine trope that women had been forced into in the past. But in reality, by conforming to another set of standards that didn't reflect who I really was, I was just putting myself into another sexist box.

By striving to be the “Cool Girl,” I implied that acting like any other “type” of woman was negative. I claimed to be against slut-shaming, yet I looked down on women who overtly played up their femininity. I found it wrong to make fun of someone who identified as male for doing something “feminine.” Yet I thought it was okay to judge a woman for doing so. Long story short: I was a huge hypocrite.

I also feared appearing “dramatic” or “fake,” because I knew how often women had these terms used against them. But instead of fighting back against those who use these terms against women so frequently, I instead flaunted my supposedly “cool” personality, figuratively shouting “Look at me! I’m not like other women!”

The obvious truth is, every woman is “not like other women”, because women are human beings and human beings are all unique. I was striving to not seem “fake,” but ended up being extremely phony in the process. And worst of all, I was acting as if “girly” was a horrible thing to be. I had allowed internalized misogyny to color my opinion of femininity and of myself.

I can’t claim that I’m immune to viewing myself in relation to outdated ideas of femininity. After all, I have taken the time to realize that by society’s standards, I’m far from a “tomboy,” though I wouldn’t be considered a “girly-girl” either. But overall, I’ve realized that we need to get rid of these stereotypes altogether. It would be nice if we could all just be ourselves without thinking about what gender stereotypes we are or aren’t fulfilling.

I’m learning to embrace all of who I am, including the fact that my qualities don’t all fit into one pre-fab idea of what a woman “should be.” I’m okay with going in public without makeup, but I enjoy wearing makeup a lot of the time, too. I’m clueless when it comes to sports. I can be a bit of an over sharer in certain social situations. I rarely drink alcohol. I like shopping for dresses, but most days I wear jeans. I like to laugh and make others laugh too. I have a somewhat crude sense of humor. I don’t like when drama occurs between people, but I sometimes create drama in my head. Sure, I am trying to work on that last one, but I’m not working on it so I can be a “Cool Girl” — I’m working on it so I can be a happier version of myself.

Depending on the context in which you meet me, you might think I’m a “cool girl,” or you might not. But what’s most important is the way I see myself: a unique woman with my own set of characteristics that can’t be boxed into one trope. And I don’t think it would be particularly “cool” to have to sacrifice who I am.