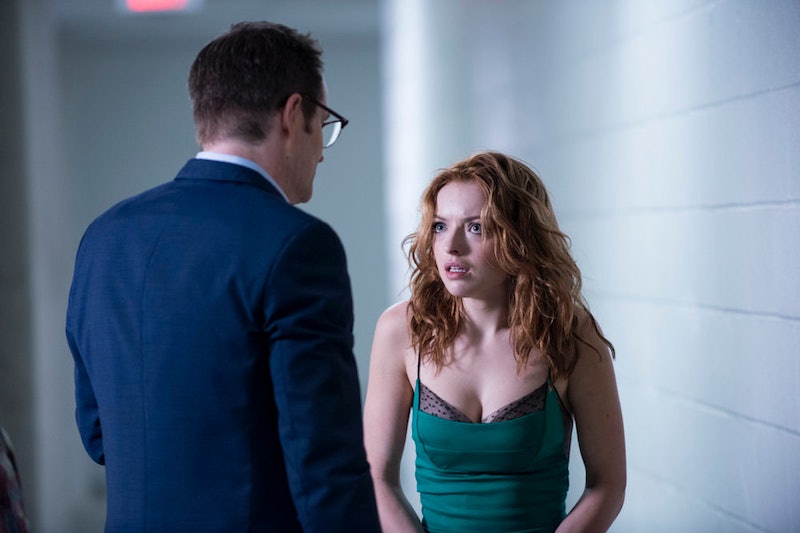 Things just went from bad to worse for all Evos on Heroes Reborn . Already targeted, hunted, and driven into hiding this incredibly powerful group has had nothing but trouble since the terrorist attack on Odessa, Texas. Since we met back up with HRG it's been clear something terrible was coming. Tonight The Company revealed the new Epic project, which might mean the end of the Evos. Now that we know what their plan is it just makes it that much more devastating that they caught and imprisoned Molly Walker. (Sidenote: I cannot get over how grown up she is now, way to make me feel old NBC.)

It turns out Molly was needed to be a sort of power processor for their Evo-locating technology. Once they strapped Molly into their chair of doom they were able to channel her powers and now The Company can track every Evo in the world. Throw in some Google-glasses and hone the search and boom — they can pick Evos out of a crowded room. No more hiding in plain sight, and no more safety. It seems dark now, but there are two possible silver linings. First there's the CEO's bounty hunter/daughter who seems to be having second thoughts and could possibly break her out. Second let's not forget HRG is basically the closest thing this show has to James Bond and is already working on a plan to get her out and shut down the machine, which would cripple Epic.

However, Molly and HRG have shared some sort of past that he (and therefore we) don't know anything about. Clearly there is a larger plan at work right now, hopefully that kicks into gear soon, before all of the Evos are exterminated.

More like this
Who Are The 6 Illuminati Heroes in 'Doctor Strange 2'?
By Grace Wehniainen
Everything To Know About A Million Little Things' Reported Final Season
By Brad Witter
'Who Killed Sara?' Won’t Return For Season 4
By Brad Witter
'This Is Us' Just Gave New Meaning To Jack's Death & His Love Story With Rebecca
By Grace Wehniainen
Get Even More From Bustle — Sign Up For The Newsletter