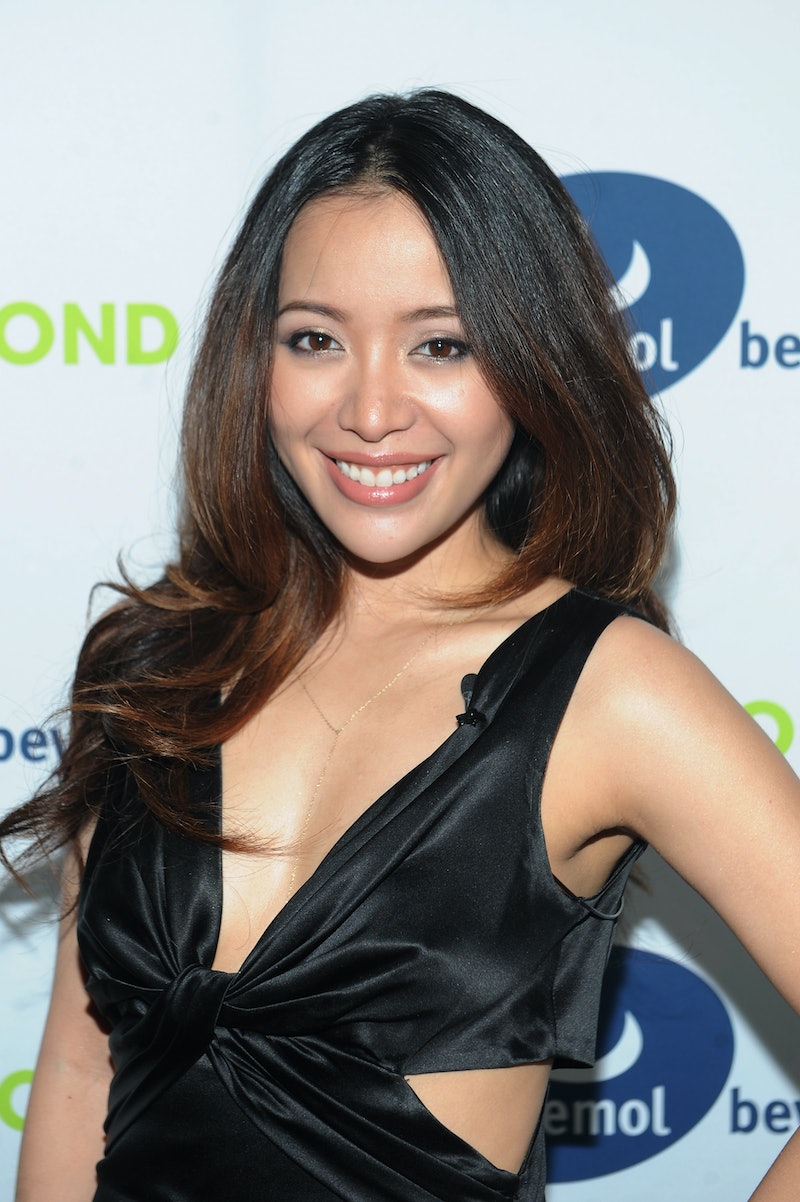 As one of the first beauty vloggers to make it big, this guru is a busy woman, and she's not slowing down anytime soon. But Michelle Phan is making some changes to her YouTube channel, according to Fashionista. Requesting advice and feedback from her 8 million subscribers, Phan said in a comment on her own "Alter Ego" video, posted earlier in October, that she wants to "post more things about life experiences, career advice, more trend reports, etc."

As someone who got her start on YouTube, this is quite a shift for her viewers. That being said, with a busy schedule like hers, filled to the brim with projects and other business endeavors, it's certainly justified. Bustle has reached out to Phan for comment and will update if more information is received.

Frankly, it's a surprise to me that Phan is even still posting new material on her YouTube channel. She has so much going on that I'm shocked she even has time to sleep. In her aforementioned comment, she explains to her subscribers that "truthfully, the only reason why I maintain my channel is because [the viewers] all have been so good to me throughout the years." So, even though she'll be shifting gears with presumably less beauty tutorials and more career advice, Phan has no intention of cutting off her subscribers, who have made her one of the most popular vloggers on YouTube.

It's thanks to those fans that she has gotten the chance to work on so many different projects. Once her YouTube channel was established, Phan co-founded Ipsy in 2011, a personalized beauty sampling service that centers around the idea that every member will be sent specific products to match their style and beauty habits. Phan also just recently created Ipsy Open Studios to help provide creators with tools and advice to develop their talents. In 2013, Phan also created her own makeup line with L'Oreal called Em, which was actually just recently acquired by Ipsy.

In addition to her beauty endeavors, she has also helped launch ICON, a lifestyle network on YouTube that publishes videos on beauty, lifestyle, wellness, and more. In addition to all that, she's the author of Make Up and an upcoming comic book, Helios Femina.

Clearly, Phan is a busy lady and she's absolutely killing the entrepreneur game. Her amazing YouTube videos have been so successful, and earned the first ever Streamy Icon Award. She has also landed a spot on the Forbes 2015 30 Under 30 list in the category of Art and Style, and Inc’s 30 Under 30 Coolest Entrepreneurs of 2015 (say that five times fast). Plus, on top of all that, she's still posting original YouTube videos regularly on her channel. And while the videos themselves may change, Phan will no doubt stay the same.

Thankfully Phan's fun, insightful, and relatable content already on her channel will live on. So, here are seven of her most popular (and coolest) videos.

Lisa Frank? Game boys? Scrunchies? Phan goes over the best of the best from the '90s, focusing on beauty and style. But also, how cute is the editing in this video?

With 6.6 million views, you know this one's got to be a winner. And it seriously is amazing. With a few steps and a certain few products, you can look fabulous and glamorous just like your favorite K-pop star.

If you're still looking for a cute or horrifying Halloween costume, this tutorial is for you. Phan shows viewers how to create two looks, a Barbie and a zombie-fied version.

One of Phan's first tutorials was this one inspired by Lady Gaga's "Bad Romance" music video. With the help of white eyeshadow, false lashes, and some computer magic, Phan transforms into Gaga herself. With over 51 million views, this video is still one of Phan's most-watched.

Simply washing your face isn't the only thing that will keep your skin rejuvenated at night. Phan keeps it simple with only 5 steps, but shows the benefits of taking a few minutes to care for your skin before hitting the hay.

Let's be real, we've all wished we could be a queen before. Besides being absolutely stunning, this tutorial is also another great Halloween costume idea.

Gold makeup is foolproof, but Phan gives viewers special insight into perfecting the metallic shade. Using gorgeous eye shadows, blush, and a flawless foundation, this look is perfect for any special event.