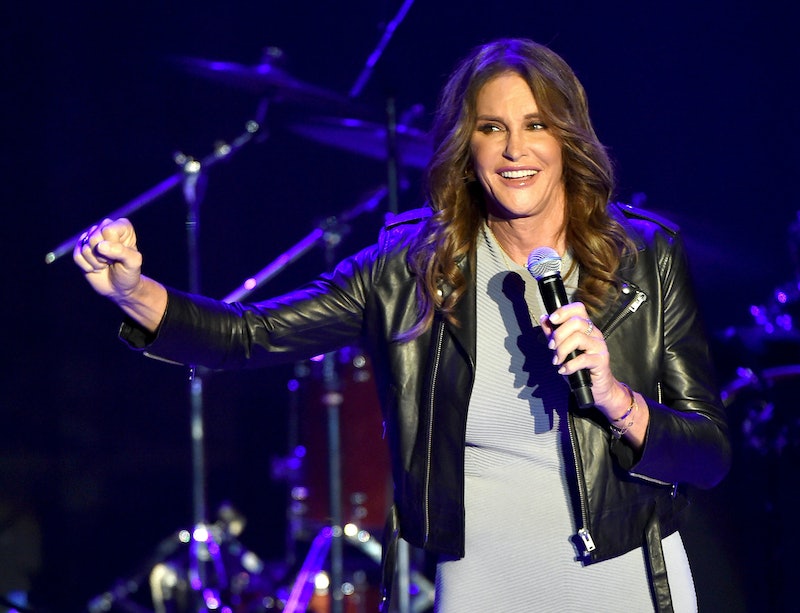 As the days tick down toward Halloween, hopefully you have at least got some idea of what or whom you plan to dress up as for your costume. I am sure I don’t need to tell you that Halloween can be a time for creativity, but it can also be a time for insensitivity — especially when it comes to offensive Halloween costumes. Here is a helpful list of costumes you should definitely, absolutely avoid this year and any year.

Some offensive costumes are pretty obvious — anything that includes racism or sexism is a blatant no-go — but others are less so. Most people end up sporting offensive costumes because they think they are being funny, and I’m sure there are some people who wear offensive Halloween costumes on purpose, whether it is because they are a troll IRL, or they want to get a reaction out of people. Whatever the reason, there is no excuse for ignorance, especially in this age of the Internet. From cultural appropriation to riffing on tragedy or controversial news events, these types of outfits are never acceptable.

So take the high road, and make sure to avoid any of these offensive nonsense costumes this Oct. 31.

Obviously, any costume that features a racial or cultural stereotype is a no-no. That includes black face, yellow face, white face, brown face, or any other costume in which you alter your natural skin color to match the racial identity of the character or look. Costumes like geisha, mariachi, gypsy, or ninja are all offensive in that they perpetuate caricatures of the cultures they represent, and are only made worse by companies making them “sexy.” Notice how almost all of the models for "international" costumes happen to be white — that should be a tip off right there.

In the past, it was probably kind of funny to dress up as the Subway spokesman. But given his recent case regarding child pornography, you should avoid dressing up as him at all costs.

This is another long-standing Halloween costume favorite that should be put away for good. Whether you believe Bill Cosby's claims of innocence or not (though, it’s hard to doubt 42 women’s almost identical stories), dressing up as him is only asking for a fight, and is extremely offensive to his alleged victims and, really, all survivors of sexual assault and rape. Put the “Cosby Sweater” down, and pick someone else

I’m sure we’ve all had a favorite celeb pass away recently or in the past, but zombifying them is just tacky and gross. If you want to be Leonard Nimoy, just be Spock — you don’t need to make light of his death. The same goes for celebs like Steve Irwin, Paul Walker, or Robin Williams who died tragically. Chances are the families of those people will never see your Instagram, but can you imagine someone dressing up as the zombie version of your beloved grandmother? Not cool.

Remember those cultural and racial appropriation costumes we talked about? Well, Rachel Dolezal embodies both in a pretty meta way. You might remember her as the Caucasian woman who passed as black for years, taught Africana studies classes, and was the president of her local chapter of the NAACP. Dolezal made a lot of excuses as to why she’d been effectively lying for years, but all of them have fallen pretty flat. It's probably not a good idea to follow in her footsteps when it comes to your Halloween costume.

If you want to dress up as Fox News personality Megyn Kelly, that’s cool — but don’t dress up as Megyn Kelly’s bloody tampon. Apparently inspired by Donald Trump’s rude and sexist comment toward her after she tried to ask him some logical and necessary questions during the second GOP debate, there is now a costume marketing itself as “Foxy Megyn Bloody Tampon Costume.” I’ve never been a fan of feminine hygiene costumes, but this one really takes the cake for trying to enforce the idea that women are overly emotional or are angry about legitimate issues when they’re on their period. Double gross.

When a police officer costume for a man is a standard uniform, but a police officer costume for a woman (or, heaven forbid, a little girl) is skin-tight spandex and a skirt, there is something wrong here. These types of career costumes do a lot to reinforce the notion that some professions are not for women, or that any woman in that job — a nurse, a member of the armed forces, and the like — shouldn’t be taken seriously. We all want to look cute on Halloween, but just don’t with sexualized career outfits.

Better known as the dentist who killed Cecil the lion, costumes inspired by Dr. Walter Palmer have been popping up this Halloween, but don’t give this guy a platform. Don’t make light of what he did. Don’t give him any more fame than he deserved — which is none.

Letting the world witness her transition was an important event for Caitlyn Jenner and the trans community this year. But, of course, some people have sought to make her into a super offensive Halloween costume. Most costume sites have removed the outfit — which was modeled after her historic Vanity Fair cover — due to the obvious outrage over its message and existence.

If you haven’t heard the name Chantelle Brown-Young, you might know this beautiful supermodel by another name — Winnie Harlow. Harlow burst on the scene in 2014 on America’s Next Top Model as the first person with Vitiligo to compete. Vitiligo is a condition that affects skin pigment, giving Harlow patches of white all over her body and face. She’s a gorgeous woman and role model for others with the condition, but dressing up as her can be both black face and insensitive to people who actually have Vitiligo.