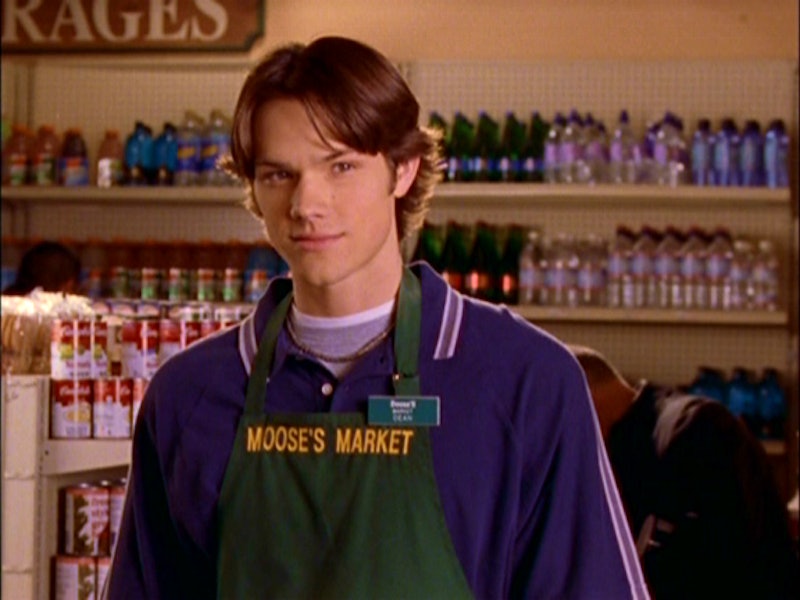 I am still in a state of shock over the whole Gilmore-Girls -revival-most-likely-happening thing. Netflix is a magical place where dreams really do come true (that's right, I'm taking Disney's slogan and giving it to a more deserving party). Now that I know I'll probably be able to return to Stars Hollow, I cannot stop thinking about the characters I want to see come back and the story lines I want to see resolved. Oddly enough, after a Luke and Lorelai wedding, the return of Jess, and seeing how Emily deals with the loss of Richard, the story I most want to see resolved is Dean's. That's right, I said Dean, as in Rory's oft-hated ex boyfriend.

There are many reasons I want to see Dean come back again, and not one of them has anything to do with shipping. I don't want him to be Rory's endgame; I just want to know what happened to him because as endings go, his was pretty bleak. While Dean made a huge mistake sleeping with Rory while he was married to Lindsay (and carrying on an emotional affair before that), he was never a bad guy. He didn't deserve to be left so utterly defeated.

Dean has to return because his story ended on a sour note. I need to know what happened to him after Season 5, but if you need a more compelling reason for him to return than my desire to know he turned out alright, then I have you covered.

1. His Last Line Was Distressing

The last thing Dean ever said on the show was this upsetting diatribe to Luke: "They want more than this, don't you see that? And all you are is this. This town is all you are and you are here forever. It's not different. You and me, same thing." Dean was at his absolute lowest point in his final scene. He was defeated, bitter, and aimless — at the ripe old age of 20. I hate that the last image I have of him is such a broken one.

2. He Had So Much Potential

Dean was never going to write a book like Jess or go to Yale like Rory, but he had more talent than he gave himself credit for. He built a car from the ground up, and he was always good with his hands. Just because Dean's path didn't involve college doesn't mean he had nothing to contribute to the world. The guy was smart and talented, and once he moved past his self-defeating attitude, I hope he figured out just how much potential he had.

3. He Must Have Moved On From Rory Eventually

I know Rory was an amazing person and Dean's first love, but he had to move on, right? Rory got over him, and I would like to think Dean fell in love with someone else too. I want to know that he healed and finally let Rory go. He majorly screwed things up with Lindsay, but he was so young. Eight years is plenty of time to for him to finally get himself together, emotionally speaking.

4. He Needs A Final Scene With Rory

The last time Rory and Dean saw each other, he came to pick her up for a date and their doomed shot at recapturing romance ended for good when he saw her surrounded by adoring Yale guys. The revival is all about ending things properly, and I would like to see Dean and Rory run into each other. I don't want a big, dramatic moment; I just want them to see each other as adults and know they made the right decision to end their relationship.

5. No One Knows Where He Went After Season 5

Did Dean leave Stars Hollow or did he just exclusively start eating at Al's Pancake World? His abrupt exit suggests he may have decided to start over in a new town. I want answers about his missing years, and they better not involve ghost hunting.

6. He & Luke Should Make Amends

Luke never thought Dean was good enough for Rory, and Dean appeared to harbor similar feelings about Luke where Lorelai was concerned. The guys truly did suffer from the same feelings of inadequacy when faced with the Gilmores. They were also both Earthy sorts who were better with their hands than their words. It would be nice to see them realize they kind of are the same, and that's not a bad thing.

7. Miss Patty Has So Many Tall Jokes Left In Her

Dean brought out all of Miss Patty's best innuendos, and it's just not Gilmore Girls if Miss Patty doesn't have anyone to flirt with.

With potentially only four episodes to wrap up the series, I know it's a lot to ask for Netflix to wrangle Jared Padalecki back into the fold, but Dean was a core character once. He needs to return at least long enough to let fans know Dean turned out just fine in the end.