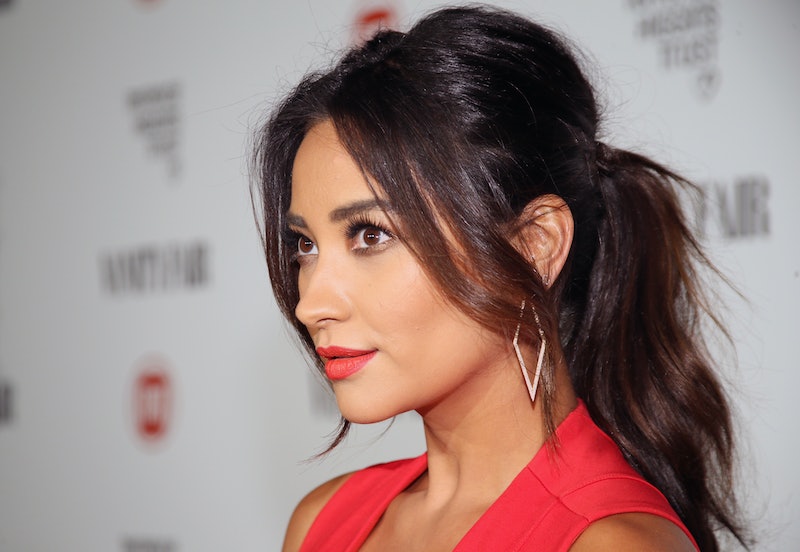 Let's talk about the F-word. No, I'm not talking about the four-letter curse word you may or may not like to utter every now and again. Actually, I'm referring to the word "feminism," the belief in gender equality. That's a pretty positive and inspiring word, right? One would think, but there are many out there who view the word differently, shining so much negativity on it that many men and women want nothing to do with it. Thankfully, there are quite a few celebrities defining feminism in amazing ways and helping to show why feminism is great.

There are so many unfortunate misconceptions about feminism, including the idea that it means women hate men, that women think they're better than men, or that the term "feminist" is only for women. It's wonderful to see celebrities — of both genders — coming together and coming forward to prove all of those misconceptions wrong. So, how are they doing just that? By discussing how they view feminism, providing their own definitions, and showing that the word can mean different things for different people.

Here are 11 definitions of feminism from celebrities that will hopefully make you believe in the equality movement, if you don't already.

Warning, if you didn't already love the Pretty Little Liars star, you will now. "I think everybody can have their own definition of what that means," she told Refinery29 about what being a feminist means to her. "For me, it's about being strong and independent and really going for your dreams and not letting anything stop you."

While chatting with Flare magazine, Zendaya talked being feminist and defined it as follows: "A feminist is a person who believes in the power of women just as much as they believe in the power of anyone else. It’s equality, it’s fairness, and I think it’s a great thing to be a part of." *applauds fervently*

Proud feminist Matt McGorry isn't afraid to talk feminism, especially on his social media pages. Here's what he said on Facebook: "I'm embarrassed to admit that I only recently discovered the ACTUAL definition of 'feminism'. The fact that the term is sometimes clouded with anything other than pure support and positivity in our society is very tragic. I believe in gender equality. Being a feminist is for both women AND men. I AM A FEMINIST. In for equality? Pass it on."

If you're a Friends and Rachel Green fan, then listen to Jennifer Aniston's simple definition: "It's simply believing in equality between men and women. Pretty basic." Does it get any easier to understand than that?

Chrissy Teigen isn't afraid to speak her mind about a lot, especially when it comes to feminism. "People have sorely messed up the definition of feminism," she told the Huffington Post. "It isn’t saying this is wrong and this is right. It’s having the power to do whatever the f*ck you want. It’s about having your own beliefs and staying true to them."

Gather 'round Parks and Recreation fans, because Aziz Ansari explains feminism in the best way possible. "If you believe that men and women have equal rights, if someone asks if you’re a feminist, you have to say yes because that is how words work, right?," he told David Letterman. "You can’t be like, 'Oh yeah, I’m a doctor that primarily does diseases of the skin.' Oh, so you’re a dermatologist? 'Oh no, that’s way too aggressive of a word! No, no, not at all, not at all.'"

You might only see her as a puppet, but that doesn't mean Miss Piggy isn't a feminist. "I believe any woman who is willing to struggle, strive — and, if necessary, learn karate — to make their mark in the world is a feminist," she told Refinery29. "And, yes, I believe that any woman who cares about her appearance, her star billing, and most especially her percentage of the gross, is a feminist."

If you don't picture Harry Potter actress Emma Watson when you hear the word "feminist," then you better start. As an activist for gender equality through the #HeForShe campaign, Watson is an expert on the definition of feminism. On International Women's Day, here's what she said about the word: "I'm aware of a lot more male feminists now then I was a few years ago and it's really heartening. People have come back to what the actual definition means and that's equality: socially, politically and economically." She added, "I think men think it's a women's word, that it's only for women. But it really just means you believe in equality. And if you stand for equality, you're a feminist. That's it."

Talented singer Katy Perry didn't used to know the meaning behind the word, but now she does and is clarifying it for others. "I used to not really understand what that word meant," she said during Australian morning show I Wake Up With Today. "And now that I do, it just means that I love myself as a female and I also love men."

While chatting with Vanity Fair, Lena Dunham explained feminism like this: "I always say to young women, 'Feminism doesn't meant you want to like take a stand and kill all the men and create your own planet. It means that you believe that you deserve all the same things that people who were born not of your gender deserve.' If you care about equality, it's really simple and hard to negate." Agreed.

If these definitions don't make you want to be a feminist (if you aren't already), then you're missing out on something pretty spectacular.

More like this
The 'Hocus Pocus' Sequel Finally Has A Release Date & It Makes Total Sense
By Shannon Barbour and Radhika Menon
Prince William & Lorraine Kelly Lead Tributes To “Truly Remarkable” Dame Deborah James
By Sam Ramsden
Inside The Wild, Contrived World of Staged Paparazzi Photos
By Tess Garcia
‘The Bachelorette’s Michelle Young & Nayte Olukoya Explained Their Breakup
By Stephanie Topacio Long
Get Even More From Bustle — Sign Up For The Newsletter