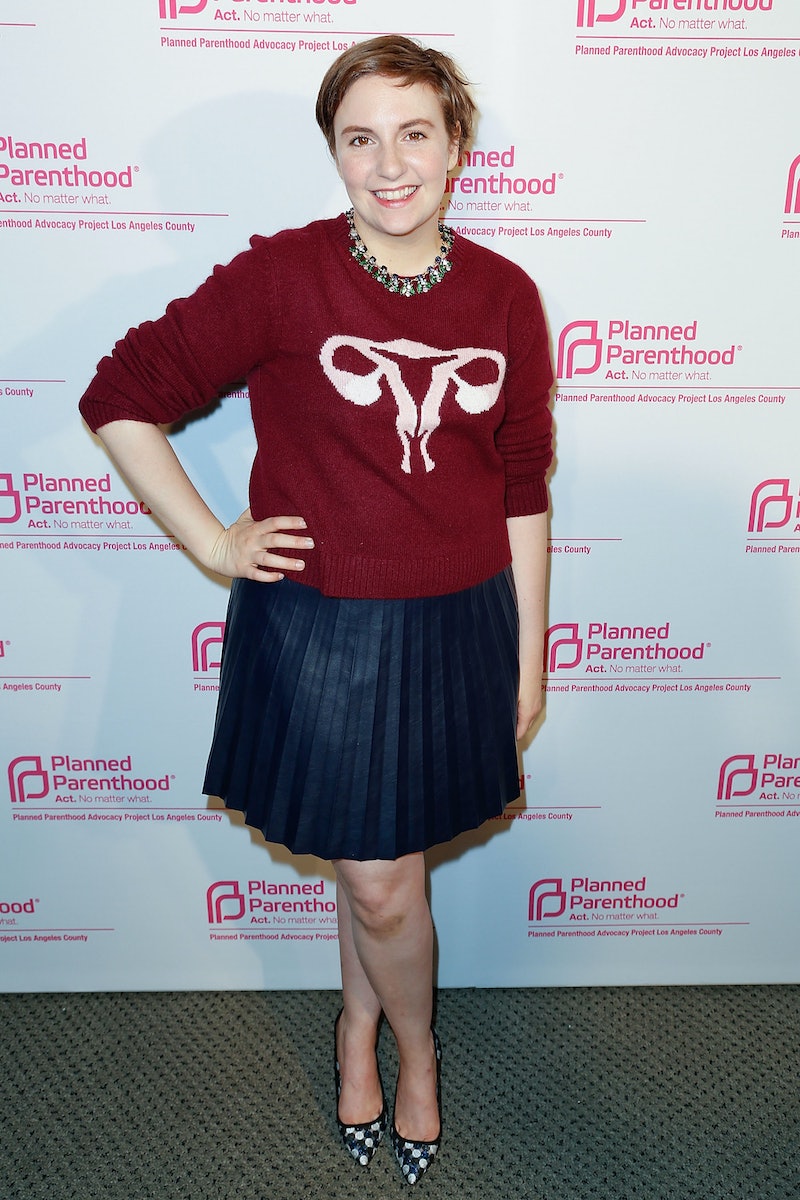 As a staunch feminist who proudly writes, reads, and watches a lot of stuff about gender equality, I have a really difficult time understanding why so many people refuse to identify themselves as feminists — especially given that feminism is supposed to be for everyone. Clearly, though, feminism and feminists are still widely misunderstood and misrepresented in today's society. It's really frustrating. I can't speak for all feminists, but personally, I want everyone to feel comfortable identifying as feminist. If any non-feminists are reading this, let me just say that there are several things we would like you to know about who we are and what we actually believe.

According to a 2013 HuffPost/YouGov poll, about 82 percent of Americans believe in the social, political, and economic equality of the sexes, but only 18 percent of Americans actually identify themselves as feminists. Additionally, a Vox poll from earlier this year confirms that the percentage of Americans who call themselves feminists in 2015 is standing firm at 18 percent — but that 85 percent of those same people polled believe in "equality for women." Now, I majored in English for a reason, but it's painfully obvious that the math just doesn't add up here. So maybe it's time for this friendly neighborhood feminist to set a few things straight.

Whether you claim to be a feminist or not — hell, whether you even believe in the equality of the sexes or not — there are so many things feminists want you to know. For starters, here are seven of them.

Chimamanda Ngozi Adichie and Webster's dictionary couldn't make it more clear: Feminism is, by definition, "the theory of the political, economic, and social equality of the sexes." So feminism is just another word for gender equality. That is all.

People assume with shocking frequency that because I'm a feminist, I hate men. But this couldn't be further from the truth. I love men! My late grandfather was one of my biggest inspirations, some of my favorite authors are men, and I have a handful of rowdy male cousins who double as my friends and confidants. Again, I am not a mouthpiece for all feminists everywhere, but I've never met a feminist who hates men. I don't know where this stereotype comes from, but I can tell you that it is complete and utter bullsh*t. Plus, it doesn't even make sense, because many feminists are men.

This doesn't mean that feminists don't think certain women are better humans than certain men are. I mean, hello, Emma Watson definitely seems nicer than Donald Trump. That said, the goal of feminism is not to advance one gender more than the other — it's about campaigning for women to have access to the rights and opportunities that the majority of men have never had to think twice about.

I promise that feminists don't want to marginalize or oppress the male gender. We're not trying to take over the world. We would, however, appreciate it if more men were on our team.

Perhaps due to the fact that the term "feminist" contains the word "fem," a lot of people seem to think it's off-limits to dudes. But this couldn't be further from the truth. Like I said before, feminism is for all of us. There's no feminist handbook stating that only females can call themselves feminists. In fact, feminists like myself love it when men refer to themselves as feminists, because the feminist movement is not meant to encourage an "us against them" mentality. Feminism is supposed to be for everyone, because gender equality is for everyone.

Men everywhere, this is your invitation to start calling yourself a feminist. You're not breaking any rules, I swear.

5. There Are Many Types Of Feminists

There isn't just one way to be a feminist. If you've heard differently, then you've been misinformed.

6. When You Say You're Not A Feminist, We Hear That You Believe Women Are Second-Class Citizens

I will never be able to wrap my head around this. Saying "I'm a feminist" is literally just like saying, "I support the equality of the sexes." When people (especially females) say they aren't feminists, it makes less than zero sense to me. And I can't budge on this. I just can't.

Statistically, it's highly likely that you're a feminist, even if you don't want to call yourself one. If you want your daughter, sister, wife, girlfriend, buddy, coworker, mom, teacher, boss, and/or any other woman in your life to experience full gender equality, then you're a feminist. Of course, no one can convince you to start calling yourself a feminist if you're not comfortable with the term. But guess what? You don't have to call yourself a feminist to be a feminist. But if you support gender equality, then we would love to "officially" have you on our team.