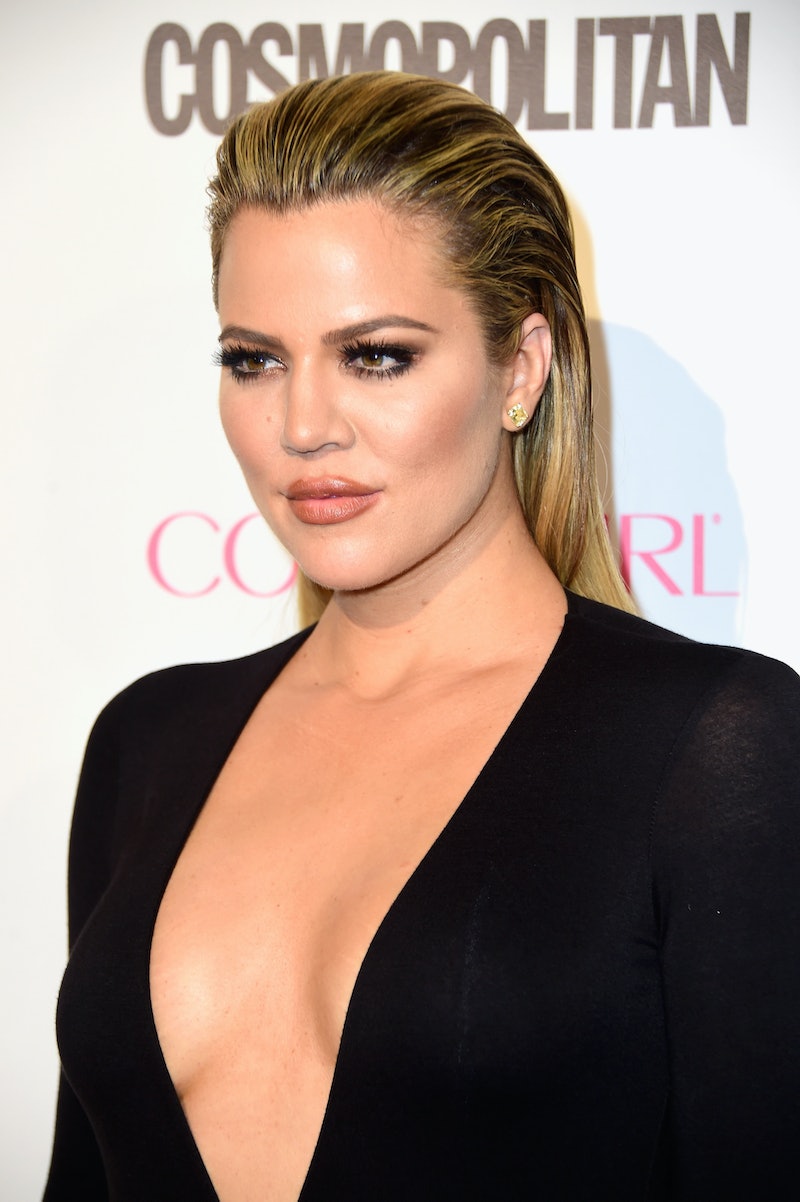 I'm pretty sure that there is no one in the world that works harder than a Kardashian. It always strikes me as ridiculous when people talk about the Kardashians doing nothing, when clearly their schedules are packed with events, signings, tours, and appearances. Instead of thinking that they do nothing, I often find myself wondering how it is that they do everything that they do. Which is why I was happy to hear on Wednesday that Khloé Kardashian's late night talk show Kocktails with Khloé is being pushed back until 2016. Not that I'm not thrilled to get more Khloé in my life, but, of all Kardashians, Khloé deserves and needs some time to herself — and I for one am glad that she's taking it.

The talk show was originally scheduled to air on December 9, just days after the season premiere of Season 11 of Keeping Up with the Kardashians. And, as if launching two shows wasn't enough for one person to handle, Khloé has also been going through some very public, very personal struggles after he husband, Lamar Odom, was found unconscious at a Las Vegas brothel. The two had been going through a divorce (and were officially separated at the time), but, after Odom's medical emergency, they put the brakes on any divorce proceedings. Odom's condition was incredibly touch and go for a while, but the two-time NBA National Champion has been deemed stable enough to return to an L.A. hospital for treatment.

So, considering Kardashian's personal circumstances, it's no wonder that the reality television star has decided to push back the launch of her new talk show. In addition to that, she has also pulled out of a book tour to promote her new book Strong Looks Better Naked . Whether Kardashian has decided to postpone these events because of Odom has not yet been officially confirmed, but, given everything that Khloé has going on in her life personally, I'm not surprised that she has decided to pump the brakes on her hugely successful career life.

When a life or death crisis occurs, like Odom's hospitalization, it often a necessary wake up call to the people around that person to focus on the things in life that really matter. And clearly Khloé is taking the time to do just that.