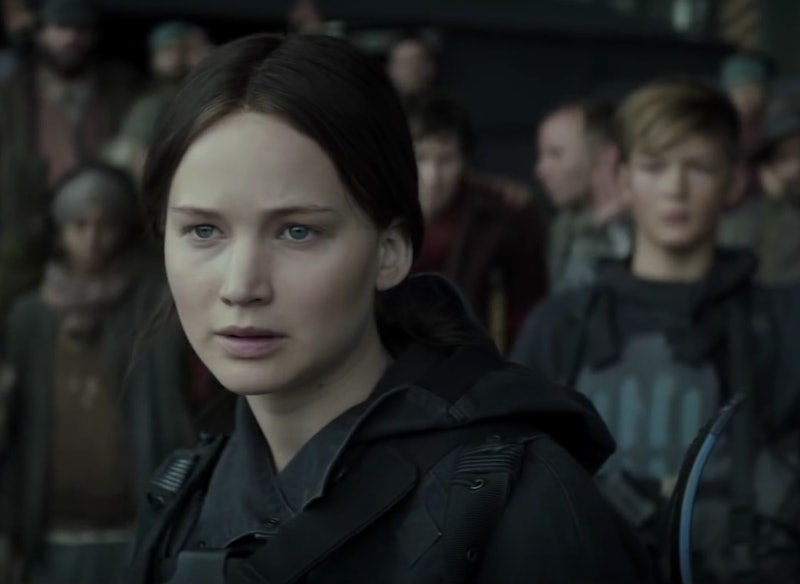 Sadly, it's unlikely. Hollywood has already stretched out the original trilogy of books into four movies, splitting the last book into Mockingjay — Part 1 and Part 2 — and Collins has yet to expand the series on paper. Thus far, there doesn't seem to be any more Hunger Games movies on the horizon. For one thing, it's entirely likely that the actors have already negotiated contracts to limit their involvement to four films. (If Lawrence can get her contract with X-Men to end after X-Men: Apocalypse , it's safe to say she can negotiate her way out of any surprise Hunger Games sequels or spinoffs.) Of course, not all cast members can be Oscar-winning Hollywood It Girls. It's quite possible some of the supporting cast members are hoping for a spinoff, but that too seems unlikely given the lack of source material.

That's not to say there isn't some glimmer of hope. In July, Hutcherson teased that there could be life for The Hunger Games beyond Mockingjay — Part 2. When asked if there were plans to expand the series during an appearance on Conan, Hutcherson said, "There is." The actor was quick to backtrack his admission, saying, "I'm sorry. No, I can't say that. I'm sorry. We'll see what happens."

At the time, reports concluded that there were no plans for other films, and it was generally accepted that Hutcherson was just pulling a prank — a cruel, cruel prank.

Finally, there's always the chance that the studio behind The Hunger Games series, Lionsgate, will reboot the series sometime in the future. After all, Columbia Pictures made The Amazing Spider-Man starring Andrew Garfield just five years after the release of Spider-Man 3 and 10 years after Spider-Man. And another incarnation of Spider-Man is currently in the works. Maybe instead of a continuation of The Hunger Games film series we know and love, we'll get an entirely new one.

Hey, if all else fails, there's always the promise of The Hunger Games theme park.

More like this
'The Sandman’s Ending Is A Departure From Neil Gaiman’s Comic Book Series
By Kadin Burnett
'Bridgerton’s Jonathan Bailey & Simone Ashley Just Teased A First Look Of “Kanthony” In Season 3
By Grace Wehniainen, Alyssa Lapid and Sam Ramsden
George R.R. Martin Teased That ‘House Of The Dragon’ Is Inspired By The Anarchy
By Grace Wehniainen and Kadin Burnett
The Biggest Differences Between 'Bullet Train' & The Book It’s Based On
By Arya Roshanian
Get Even More From Bustle — Sign Up For The Newsletter