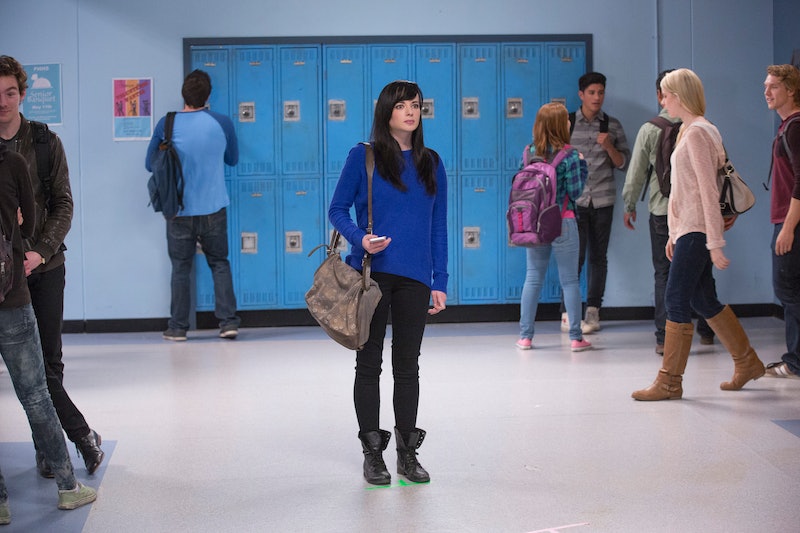 Good-bye Palos Hills High School and hello college. The cast of Awkward is going on hiatus, but when they come back they will be a year wiser. Awkward is jumping into the future for Season 5B and catching up with the cast the summer after their first year of college. So, when should we expect Awkward to return from hiatus? There have been no announcements for the date of Awkward’s mid-season premiere. In fact, a rep for the show told Bustle there isn't a set date yet. Regardless, we will be patiently awaiting the return of Matty McKibben and Jenna Hamilton (but mainly Matty McKibben) whenever they should choose to come back to our TVs.

Here's one thing you can get your hopes up about: While the show was meant to wrap up at the end of Season 5, Molly Tarlov hinted that fans should not say goodbye just yet. "It might not be the last season,” she said. “We said goodbye to the high school set.” Here's hoping for Awkward: The College Years to become a thing. So why the jump in time? "This is a great way to reset the table and see how people have changed — or wanted to change — the year they were away,” producer Mike Chessler told TVGuide.com.

It’s true. Things are going to be much different when everyone returns after a year. Secretly I’m still hoping for a surprise appearance from Ming, but beyond that there are quite a few things I’m looking to see when the show returns.

We found out Jenna is about to have a baby sister, but now we need to see her since a whole year has gone by. How is Jenna going to deal with sharing the spotlight? Plus will she come home to find her room taken over by the new baby? Basically, we need some baby Hamilton plot lines.

An Update On Jenna And Matty

While I'm super happy Matty and Jenna decided to confess their love for one another, I will need an update on whether or not they're still together at the end of their freshman year. My bet? They won't be. I'm all about team Jatty, but as someone who actually went into college freshman year with a high school boyfriend, I can tell you there are too many struggles to overcome. Especially since they couldn't even make it a full year in high school.

We will be coming back to see Jake after his gap year, which means he should be preparing for his first year of college, unless of course he decides to put off college for another year. Either way I'm excited to see where he ends up next year.

Sadie has had a seriously rough year. First her estranged mother shows up and proves that she's still pretty much the worst parent ever. Then she gets dumped by Sergio and ends up getting caught with a flask at prom. Now she can't walk at graduation. Girl could use a break. She deserves to go off to New York and be fabulous. So, I want to see her come back and be successful.

She's engaged, happy, and has found the man of her dreams. Can we get Val down the aisle so she’s not forever alone with her cats? Not that that's a bad thing, but I want to see a married Val.

Tamara And Her Marine

I'm not one to condone moving too fast in a relationship, but I'm all about her and Adam. I hope they last and we return to see Tamara in college with her man nearby.

She had a bit of a wild streak for a bit when she was making out with her adopted big bro, but I want Lissa to get to college and go wild, because why not?

Hopefully we see all this and more when Awkward returns!