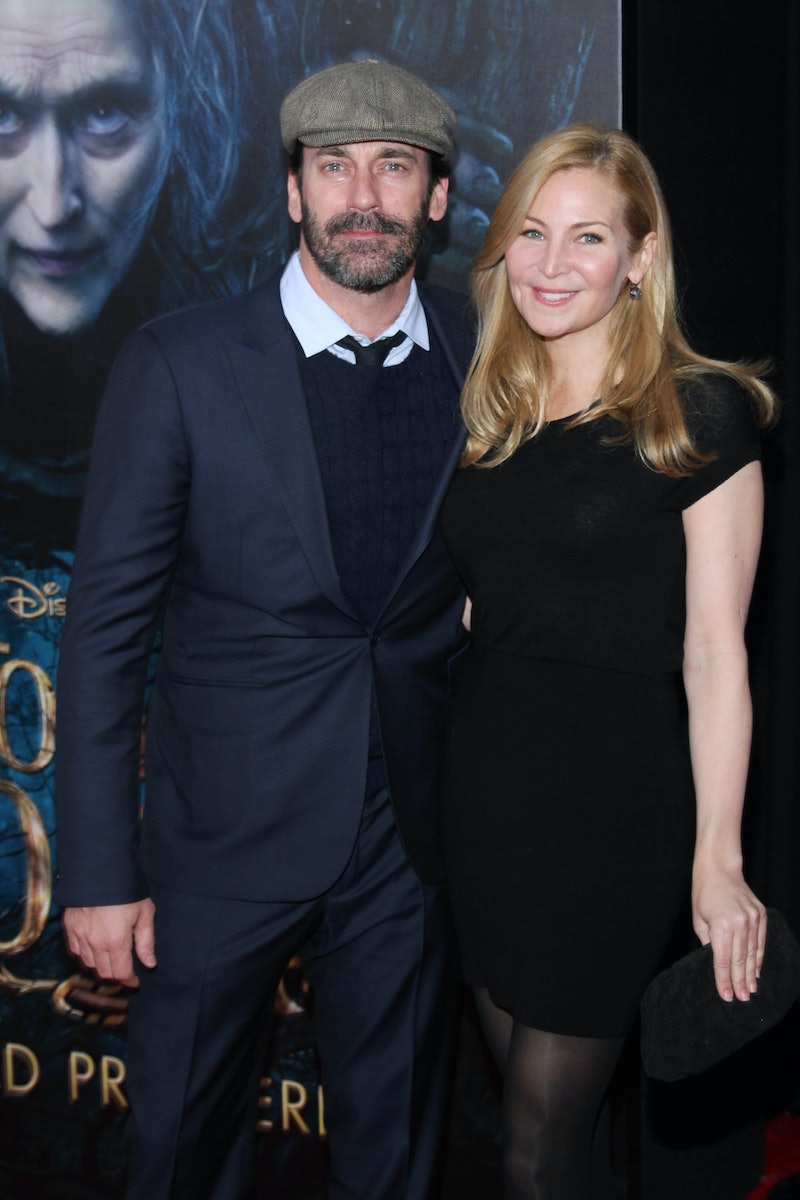 According to The Daily Mail, the pair was walking into "the IAC building in Manhattan where Diane Sawyer hosted a tribute to her late husband who died a year ago at the age of 83." A sad event, yes, but THE ARMS!!

If you aren't aware of why this is so significant, Hamm and Westfeldt were together for 18 years before ending their relationship in September. This news was a blow to anyone who both believes in monogamy and is a fan of Mad Men. So, not that many people, but those of us who exist were devastated. As someone who knows Jon Hamm as conflicted womanizer Don Draper on Mad Men and from his time as a skeezy single on a '90s dating show, I found joy in the fact that his real-life persona was so different. 18 years, people! They were together for 18 years!

Now, to get back to the very important arm touching. It's not at all surprising that the pair are still in contact. Lest you forgot, they were together for 18 years!! You don't just all together ditch someone who you've known for that long unless something really crazy goes down. And if something really crazy goes down, you don't think your former partner in your Emmys speech. It's just logic.

As for what the arm holding means, the event they were attending sounds pretty somber, so maybe they just wanted to attend as friends to make it through what would surely be an emotional evening. Another theory? Westfeldt is wearing heels. Perhaps the rough New York City streets caused her to trip. Or maybe reaching out for his arm came naturally because they were together for so long, but the paparazzi just happened to take a photo at the exact moment of the mistake.

But what if they really are rekindling their romance? Do you really wear such majestic winter outwear together and intermingle your woolen sleeves on a cold fall day if there isn't love in the air? I feel something when I see those sleeves touching: the potential for 18 more years of partnership.

Hamm and Westfeldt released a classy and lovely statement when they split up. Here's hoping they release another about things being back on soon.

(Or, you know, that they do what is best for their relationship or whatever. Ugh.)