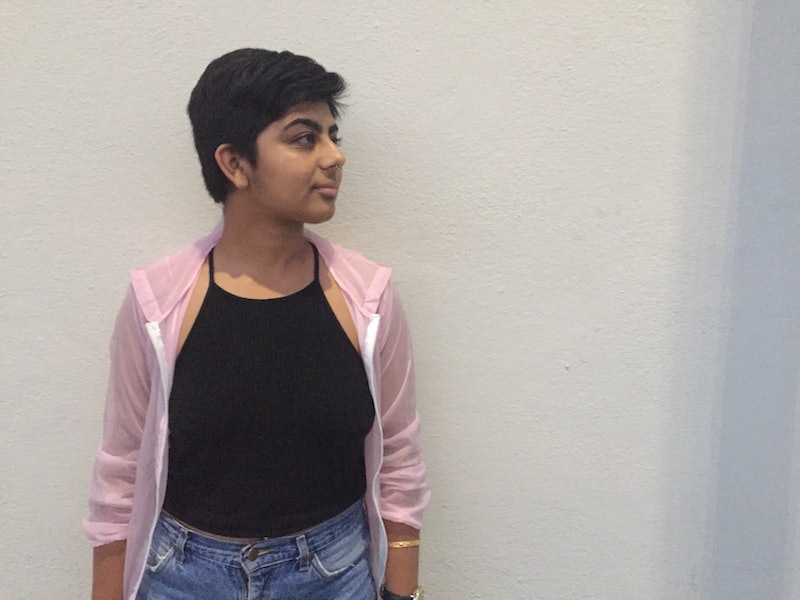 Being a woman of color in the United States is certainly no walk in the park. Women of color often experience backhanded compliments, deal with microagressions, are left out of discussions about feminism (also known as the phenomena called "white feminism"), and experience inequality at an institutional level. There are countless hurdles and barriers women of color have to jump over and cross to be heard and treated fairly and kindly.

Of course it's also worth noting that it's a pretty great time to be alive for women of color, too. We're seeing more media representation of women of color in important roles, both in terms of fictional characters and real people — think Sassier Zamata and Leslie Jones on SNL, Kerry Washington on Scandal, Michonne from The Walking Dead, Lucy Liu on Elementary, Priyanka Chopra on Quantico, and more. The narratives of trans women, queer women, and hijabi women of color are finally being told by actual trans, queer, and Muslim women. There's no doubt that we're in a better place now than we were 20, or even 10 years ago.

But even though diversity is being represented more frequently and more powerfully these days, people still say ignorant things to women of color, often without even realizing it. For example, women of color deal with these five backhanded compliments regularly — and most of us are pretty tired of hearing them.

1. "You're so pretty for an [insert race or ethnicity here] girl!"

There are myriad reasons saying this to a woman of color isn't OK. When someone tells me I'm pretty for a Pakistani girl, they're saying that a) Pakistani women aren't usually pretty, so it's a big deal that I am, and b) that I'm not pretty by any sort of larger standard they believe (in the United States, this standard is white and thin). My response is usually, "Nah, I'm pretty because I'm a Pakistani woman." Bye, haters.

Black women are often asked this problematic question, because people apparently think black bodies are on display for their benefit and that they are therefore entitled to touch them. This is not OK — just like going around and asking if you can randomly touch someone's body isn't OK. Leave this "compliment" at "your hair is so pretty" — no invasive addition needed.

3. "You're so pretty, it's a shame your parents are going to make you get an arranged marriage."

There is a misconception made by people from Western cultures that brown women (particular South Asian women, Middle Eastern women, or women who cover their head) are all forced to get arranged marriages. There's nothing wrong with arranged marriages if they work for all the participants; however, saying this to someone not only assumes that they've had a certain cultural experience, but moreover, also communicates to someone that part of that culture is shameful. Doing so is problematic whether or not the convention in question is part of that person's cultural experience.

Another misconception about women of color is that they must be inarticulate. This generalization stems from racists stereotypes that paint WOC as uneducated or non-English speakers — which also perpetuates the stereotype that English is superior as a language to anything else. News flash: It's not.

Mindy Kaling said it best when she addressed this backhanded compliment:

I always get asked, ‘Where do you get your confidence?’ I think people are well-meaning, but it’s pretty insulting. Because what it means to me is, ‘You, Mindy Kaling, have all the trappings of a very marginalized person. You’re not skinny, you’re not white, you’re a woman. Why on earth would you feel like you’re worth anything?’”